If there’s one area that the 4 Series does feel just like a 3 Series it’s in here. The driving position, for example, is near enough identical, as are the dashboard and the infotainment system.

But in many ways this is great news. Okay, you could be behind the wheel of an executive saloon, but a very good one, with a comfortable and supportive driver’s seat (as long as you add optional adjustable lumbar support) and lots of adjustment. If you’re after something vaguely sporty, you’ll probably appreciate the fact you sit closer to the road than in an Audi A5, too.

True, interior quality isn’t quite up there with an A5, but the margins are small. Build quality is first rate and better than in the C-Class Coupe; it’s only the odd bit of hard plastic and some silver-painted buttons on the dashboard that let the side down a little.

The infotainment system is truly brilliant, though. All versions get a 10.3in display that you can either use as a touchscreen or operate by twisting and pressing a rotary controller between the front seats. The latter method is much less distracting while you’re driving and, combined with a super intuitive operating system, is one of the main reasons we prefer the 4 Series’ infotainment system to the A5’s.

All trims come with Apple CarPlay and Android Auto smartphone mirroring, along with a DAB radio and a built-in sat-nav. The optional Technology Pack adds an upgraded Harman Kardon sound system, wireless phone charging and a gimmicky gesture control function for the infotainment system. 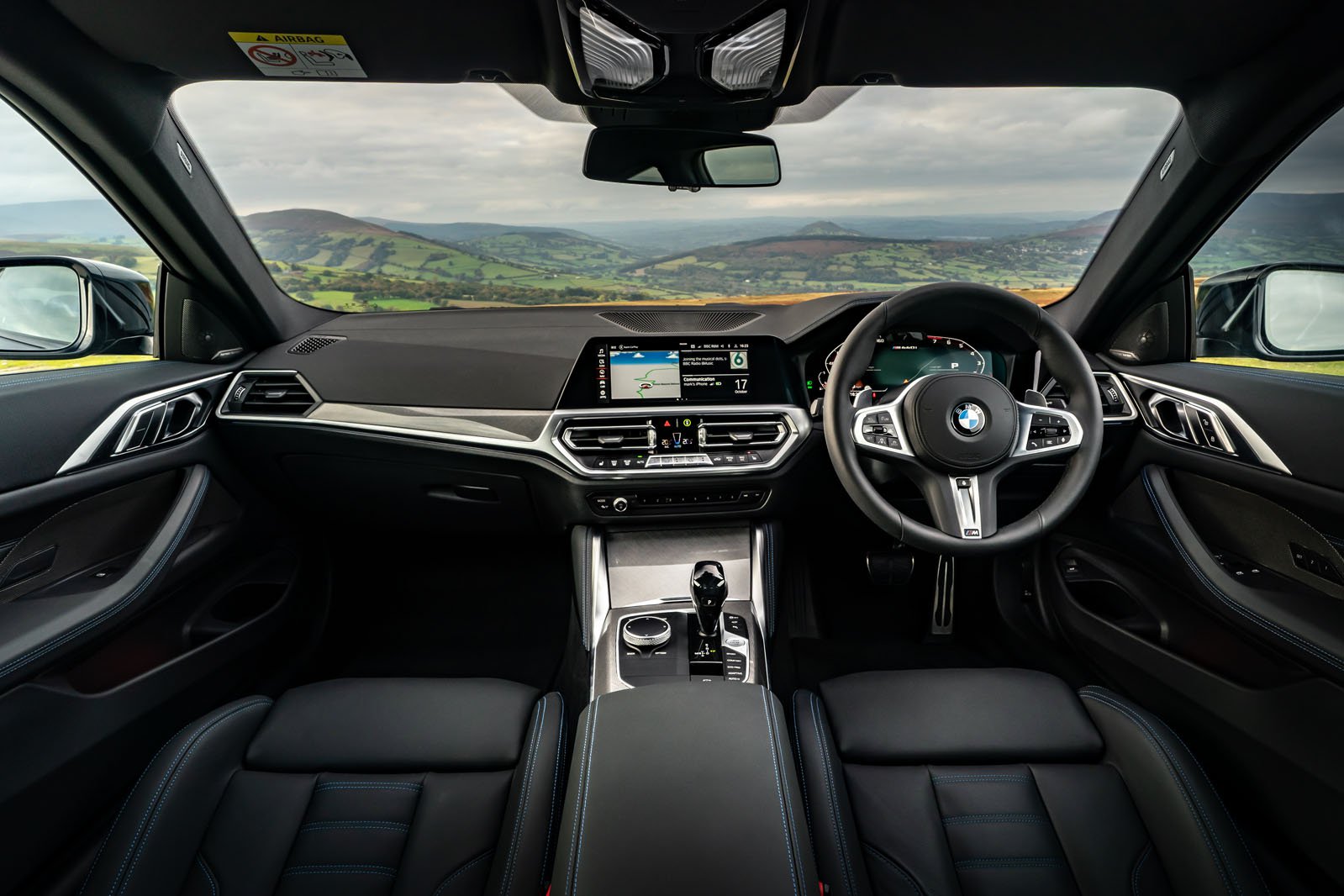