The i4 looks like a BMW 4 Series Gran Coupé, and shares a lot of similarities on the inside too.

The driving position, for example, is near enough identical and places you much closer to the road than you sit in a Polestar 2 or Tesla Model 3. The driver's seat is comfortable and highly adjustable, and provides significantly better side support than the church pew you get in the Model 3 – this is particularly important considering the performance on tap.

We also love the way BMW gives you the option of operating the central display using a rotary controller between the front seats because it's much less distracting on the move than the touchscreen-only interface in the Model 3. There's also a 'natural speech' voice control function, which works surprisingly well most of the time.

The interior isn't perfect, though. There are no physical temperature control buttons, so unless you use the voice control function (and we strongly recommend that you do) you have to take your eyes off the road and delve into the touchscreen to adjust the climate control. The layout of the system is not particularly intuitive and the icons on the main menu are a touch too small, making them hard to hit on the move. 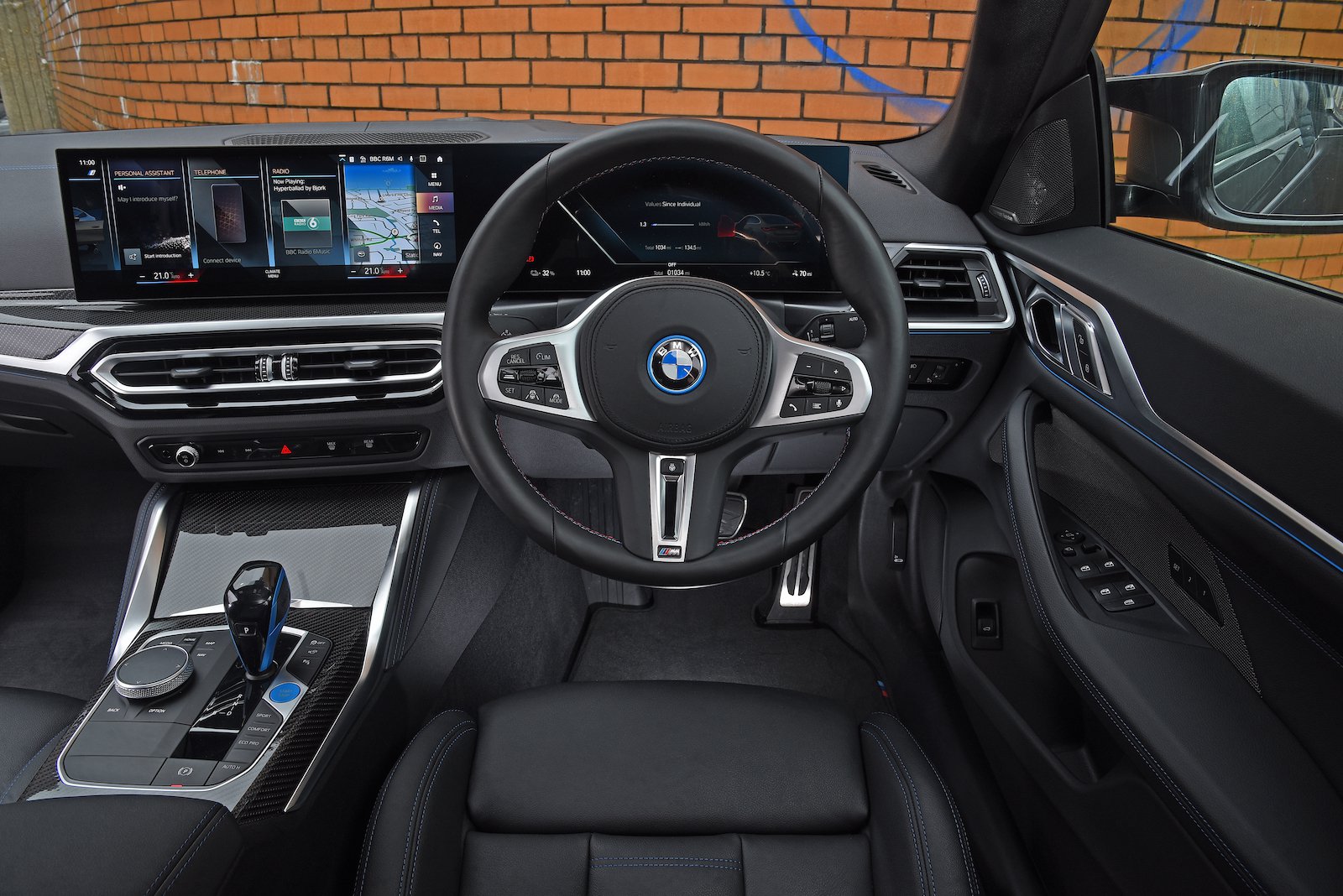