Unless you’re exceptionally tall, you’ll fit just fine in the front of the Puma ST. It's not as roomy as the physically larger Volkswagen T-Roc R, mind, which has a few centimetres more head room, along with a slightly broader interior that provides more shoulder room between the driver and front passenger.

There’s plenty of stowage space, thanks to decent-sized door bins, a cubby in front of the gear lever, another one below the front armrest and a couple of cupholders between the front seats.

Despite the front seats being quite a bit beefier than the standard Puma pews, there's still plenty of leg room in the rear. However, if you’re six foot plus you’ll find that head room is a little more limited than in the T-Roc.

Like the standard Puma, the ST can accommodate six carry-on-sized suitcases in the main boot compartment and two underneath the boot floor thanks to Ford’s fantastic MegaBox system – an 80-litre storage area that has a plug hole in the bottom so it can be easily hosed down. That makes it quite a bit more accommodating than the T-Roc R, which can only carry five carry-on bags. 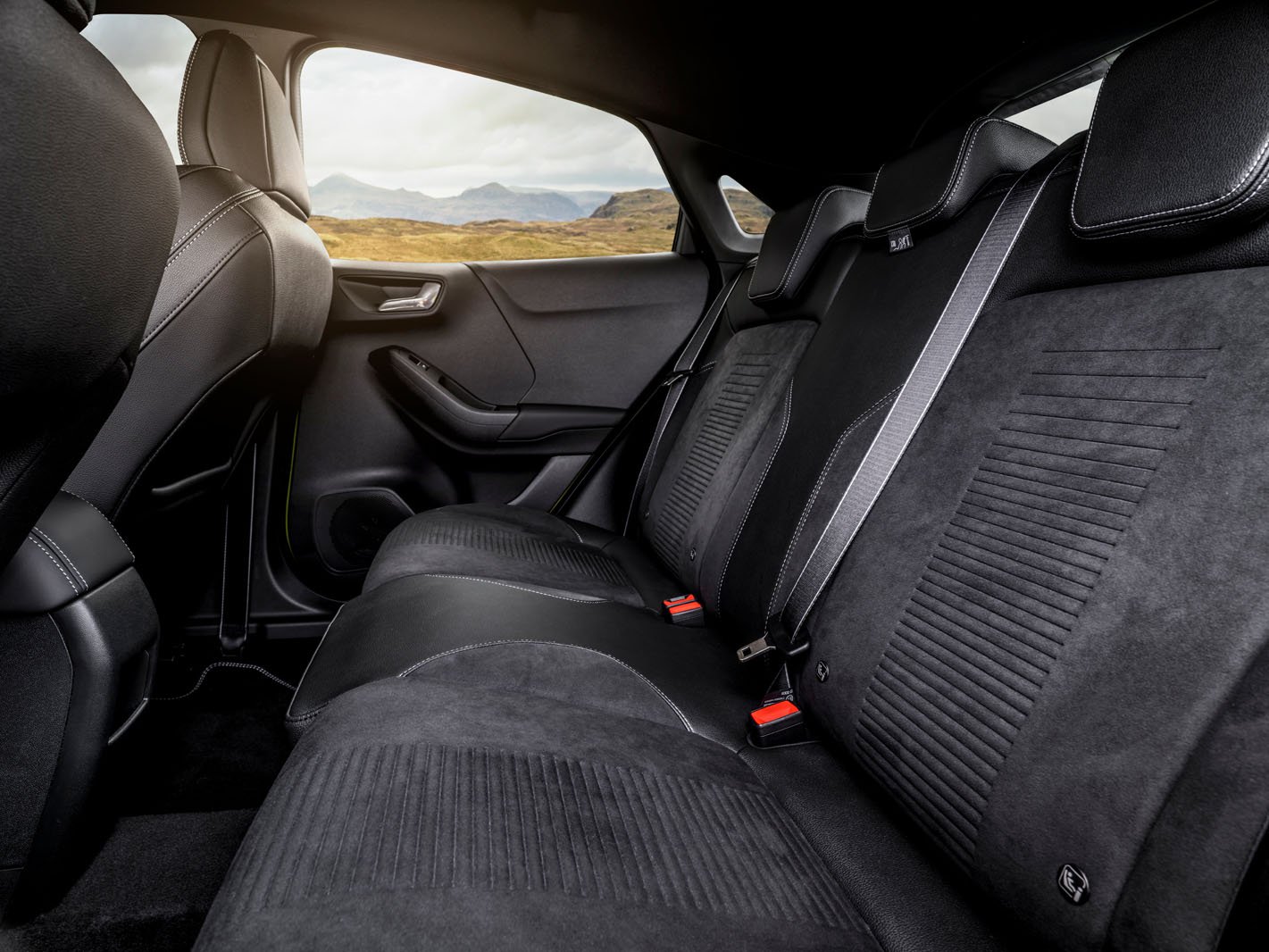