There is a petrol option of the Tourneo Connect, but we have yet to try it. And because it’s a 1.0-litre three-cylinder unit with only 99bhp, it’s unlikely to be sprightly.

The 1.5-litre diesel comes in two states of tune: 99bhp and 118bhp. So far, we’ve driven only the pokier version – yet we’re duty-bound to report that sadly there’s not much poke from this.

And the Tourneo Connect wouldn’t see which way the Touran went down a twisting country road, either. Where the Touran is surprisingly nimble and tied down for a boxy MPV, the Tourneo Connect sways about to greater excess and quickly runs out of front-end grip. And while the steering feels light for town driving, at speed it’s inconsistently weighted and vague around the straight ahead, so in motorway crosswinds you have a fair old job of keeping it steady in the centre of your lane.

How does Tourneo Connect ride? Well, it’s relatively soft and more compliant than the lumpy Renault Grand Scenic, so over general uneven roads it’s not too bad. But throw in something more complex, such as a sharp ridge or pothole, and it thuds markedly, while pimply sections of motorway set up a consistent shimmy. Neither issue is so apparent in a Touran. 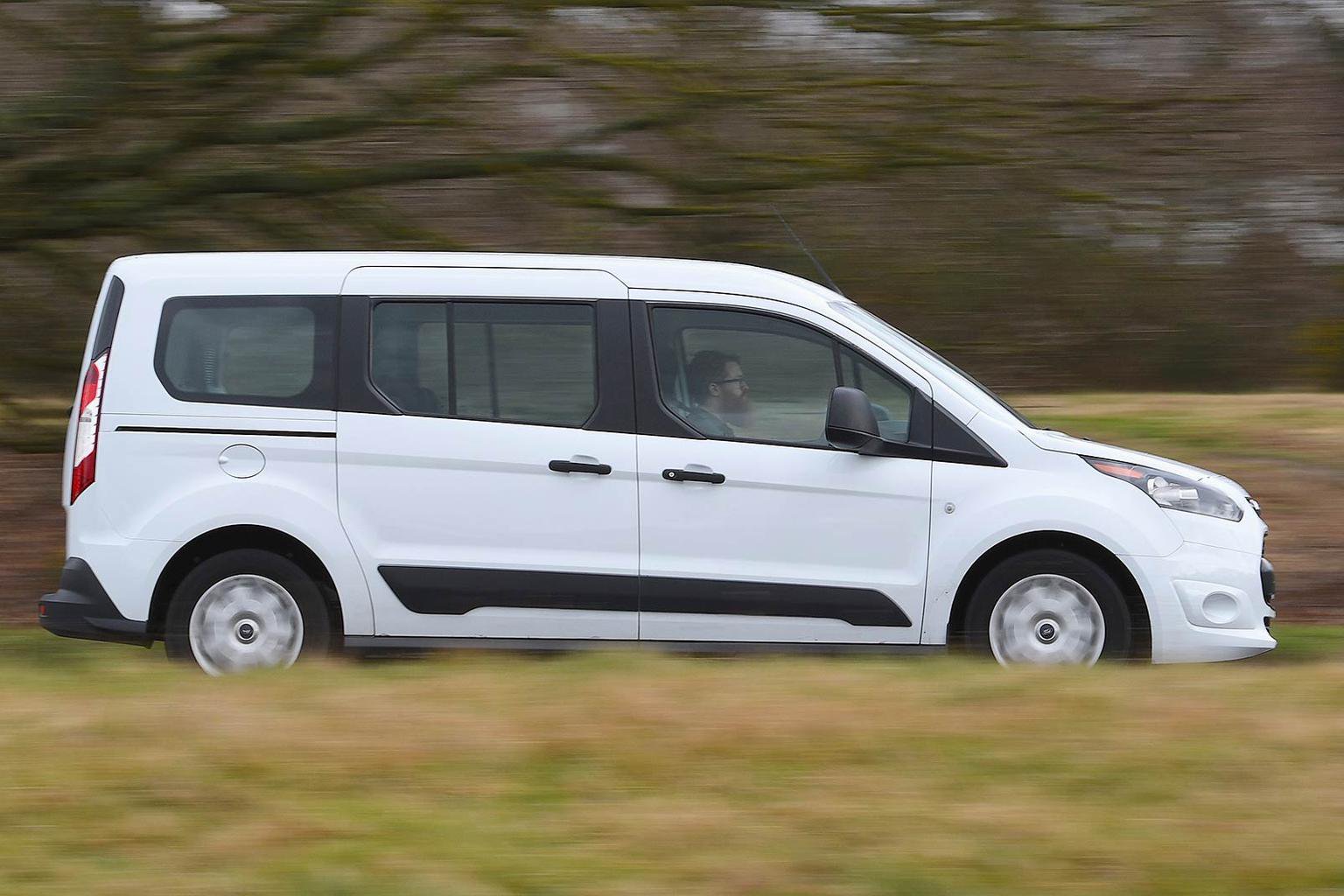