Broadly speaking, the Honda Civic is priced in line with the Mazda 3, and between cheaper models in the class, like the Seat Leon and Skoda Octavia, and the pricier cars, such as the Ford Focus, Toyota Corolla and VW Golf.

It won't hold on to its value quite as well as many of those rivals, though, with heavier depreciation after three years than the Mazda 3, Leon and Corolla. Check out our New Car Buying pages to find out the latest finance deals.

The engines, including our favourite 1.0 VTEC Turbo, are slightly less efficient than the equivalent Leon or Octavia, so you're likely to pay a touch more on company car tax and fuel.

Rivals including the Focus, with its mild-hybrid engines, and the Corolla, which is a full hybrid, offer considerably lower CO2 emissions, but because they tend to cost more and have a higher P11D value, they're not necessarily cheaper company cars.

The Civic is generally one of the more expensive cars in the class to service, but only by a few hundred pounds next to the cheapest cars, which would include the Mazda 3.

The Honda Civic's entry-level S trim is pretty basic but you do get air-con, auto lights and electric windows. SE trim adds a few more extras, including 16in alloy wheels, single-zone climate control, electric door mirrors and the radio we mentioned earlier.

SR trim is our pick, though, adding the even better infotainment package and parking aids we've mentioned previously, as well as 17in alloys, dual-zone climate control, auto wipers, power-folding door mirrors and privacy glass. It's still competitively priced, though.

EX trim throws in luxuries such as keyless entry, leather seats (heated front and rear), an auto-dimming rear-view mirror and a sunroof. Those are nice additions but the price start to creep up to a level that we don't think makes sense for a Honda Civic – unless you can find a great deal, that is.

EX Sport Line really just adds styling additions, and the Sport trim is based on the SR trim but adds some of those styling upgrades, such as red seat stitching, a rear spoiler and black alloy wheels. 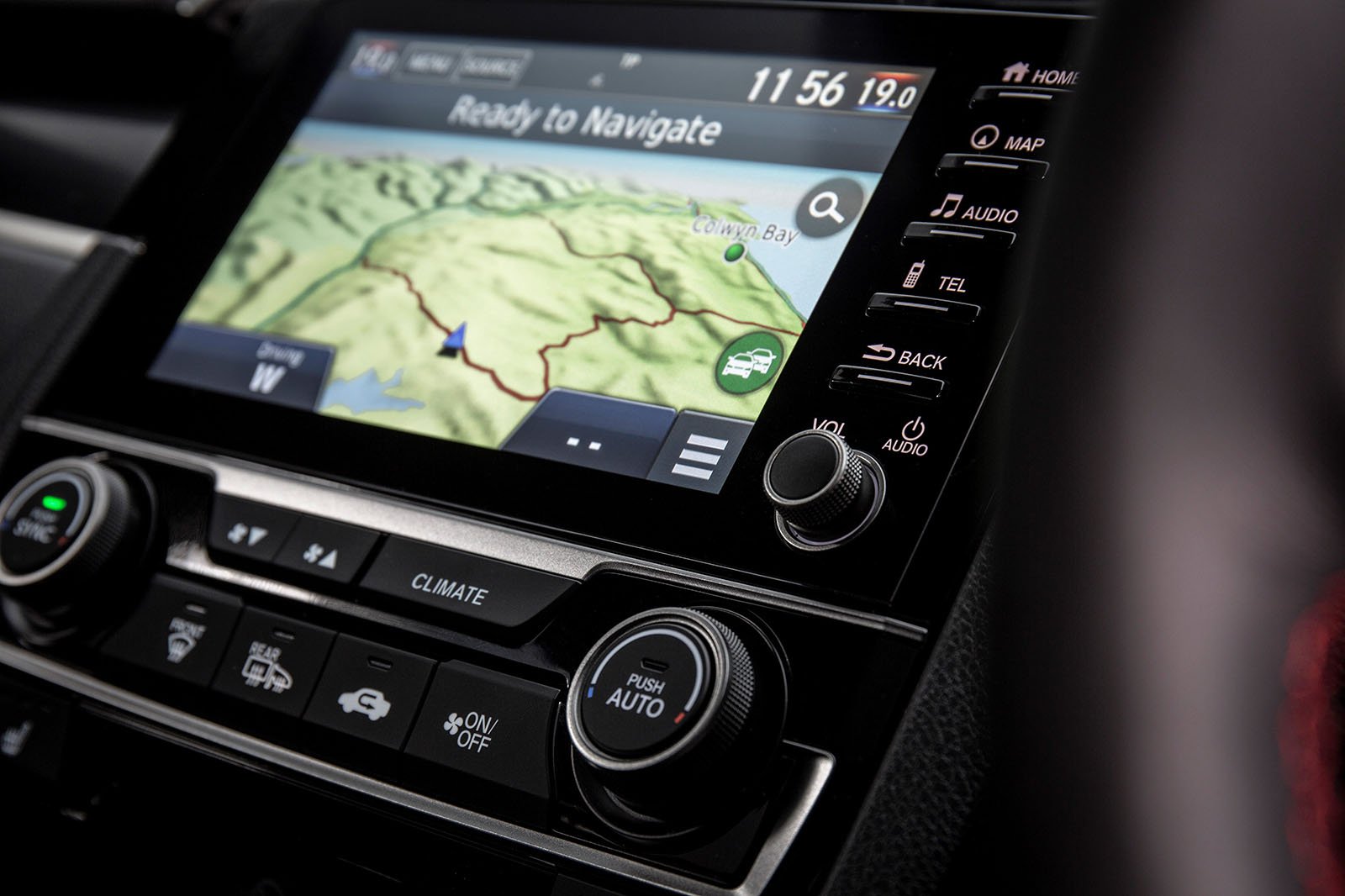 Honda performed well in the What Car? Reliability Survey, finishing 8th out of 31 manufacturers. That was just behind Hyundai, Kia and Toyota, but way above Ford, Seat and Volkswagen. The Civic itself fared less well in the family car category – it was mid-pack, below the Focus and Corolla, but above the Peugeot 308 and Vauxhall Astra.

The Honda Civic comes with a three-year/90,000-mile warranty as standard. You get a 60,000-mile limit with a Skoda or Volkswagen, but in terms of time, a Hyundai warranty lasts for five years and a Kia one stretches that to seven.

In its Euro NCAP safety tests, the Civic scored five stars overall. When you investigate its individual category scores, though, and compare them with the best in the class, which includes the Mercedes A-Class and Toyota Corolla, you'll discover that adults in the front and children in the rear of the Civic are more exposed to chest and neck injuries in a crash.

On the security side, an immobiliser is standard on all Honda Civics, while an alarm is standard from SE trim.