The Civic has a fairly low-set and sporty driving position, with its stubby gearlever placed relatively high so you don't need to reach far to grab it. The driver's seat is comfortable, providing decent side and thigh support, and comes with electrically adjustable lumbar support from SR trim. That said, adjusting the angle of the backrest is a bit fiddly: you have to pull a lever and shift your weight back and forth. A rotary wheel to control the backrest angle, which is what you’ll find in most of the Civic's rivals, makes fine-tuning so much easier.

The steering wheel has plenty of adjustment and the pedals line up neatly with the driver's seat, so you won't find yourself sitting crooked behind the wheel. And as far as using the features goes, we like the fact that you get physical air-con controls, which are far easier to use while driving than the touch-sensitive buttons you get in a Seat Leon or Volkswagen Golf.

Seeing out forwards at junctions and roundabouts isn't an issue, despite the fact that you sit quite low, because the Civic’s front pillars are relatively thin. However, the coupé-like rear styling comes at the expense of over-the-shoulder visibility, and when the rear spoiler is fitted, it also partially obstructs your view out of the rear window.

Even a rear wiper isn't standard on the entry-level S trim, but from our favourite SR trim you get a reversing camera and front and rear parking sensors as standard, which helps mitigate any parking issues. At night, the standard (throughout the range) LED headlights are powerful and bright enough to illuminate the darkest country lanes. 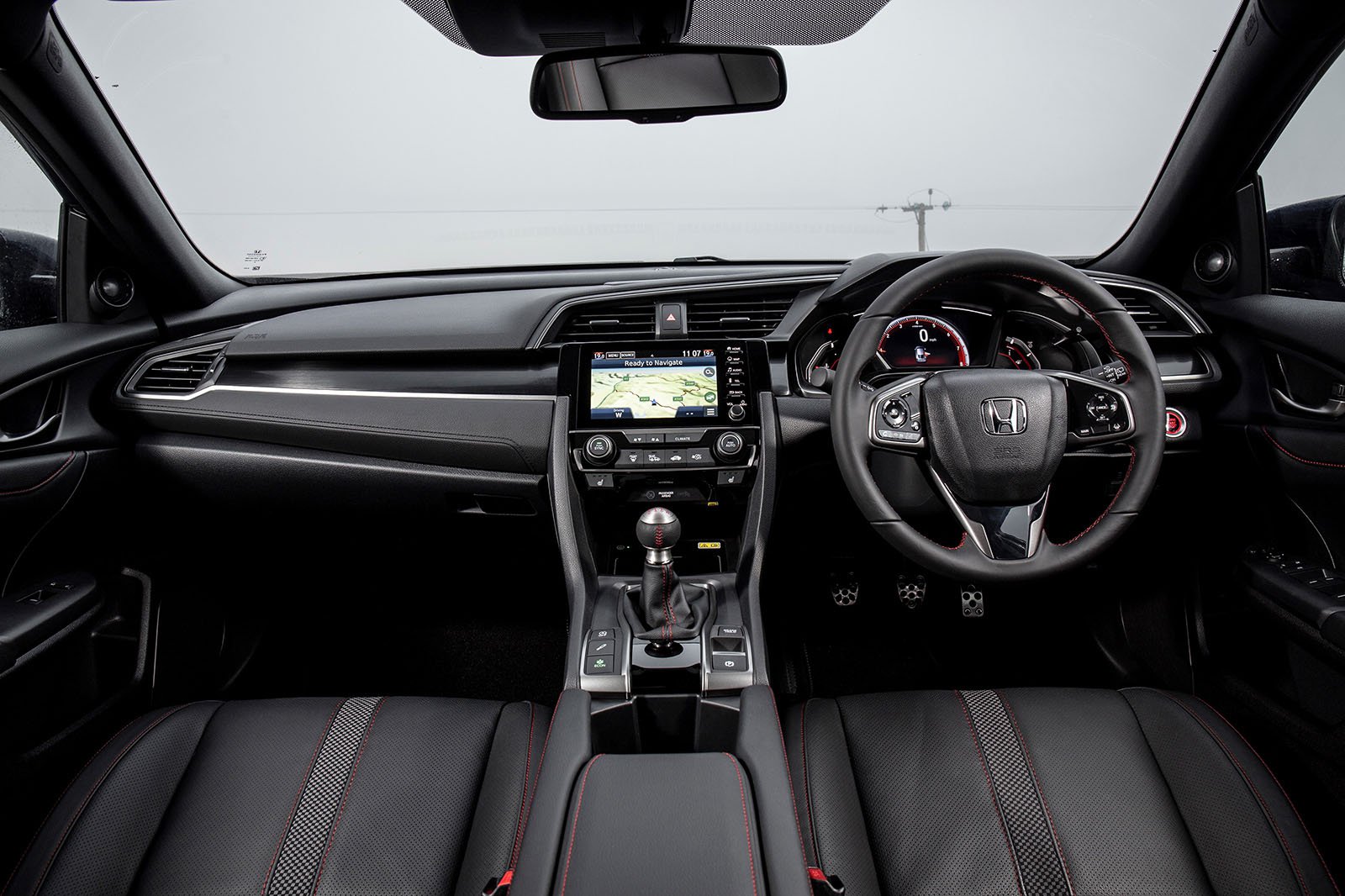 The entry-level S trim doesn't come with a radio; this might have been acceptable up until the mid-twentieth century, but not by today's standards. SE models get a 5.0in touchscreen, which is still very basic for a current family car, but it does add a Bluetooth phone connection, steering wheel audio controls, a USB port, a DAB radio and an adequate eight-speaker sound system. Our favourite SR trim gets a 7.0in touchscreen, with in-built Garmin sat-nav and Apple CarPlay and Android Auto, which allows you to bypass Honda's software and use your smartphone's apps directly from the screen instead.

That's a godsend, because the Honda software is sluggish and the menu layout is woeful and needlessly complicated. In fact, it's one of the worst systems to use in the class; the Ford Focus, Mazda 3 and Seat Leon provide much more intuitive software and a sharper screen. At least the Civic provides some physical shortcut buttons, which we like because you can hop between the main menus easily.

Upgrading to EX trim gets you wireless phone charging and a punchier, 11-speaker stereo.

While the Civic’s interior quality isn’t up to the standards of, say, the BMW 1 Series' or Mazda 3's, and its design doesn't look as enticing swankier rivals like the Mercedes A-Class and Volkswagen Golf, it's still pretty good for the family car class.

There are soft-touch plastics high up on the Civic's dashboard, and, although the plastics lower down are harder and less forgiving, everything feels well screwed together and built to last; including the rotary controls for the climate control, which are pleasingly weighted and click reassuringly when you twist them.

Pace aplenty, great handling plus a healthy dose of practicali...