Every Kia Ceed Sportswagon has a good range of adjustment for the driver's seat and steering wheel, and they line up nicely with the pedals so you’re not forced to sit crooked. If you upgrade to mid-level 3 trim, you’ll also get electrically adjustable lumbar support to help fend off backache on long drives.

These days, more and more cars (the Skoda Octavia Estate and VW Golf Estate included) have all the main functions on touchscreens. The Sportswagon is one of the exceptions, with separate buttons and knobs for its air conditioning, an approach we prefer because it makes it much easier to tweak the settings on the move.

One disappointment is that you can only get halogen headlights, which aren’t that great by modern standards. Rivals including the Toyota Corolla Touring Sports have much brighter LED ones on every version. 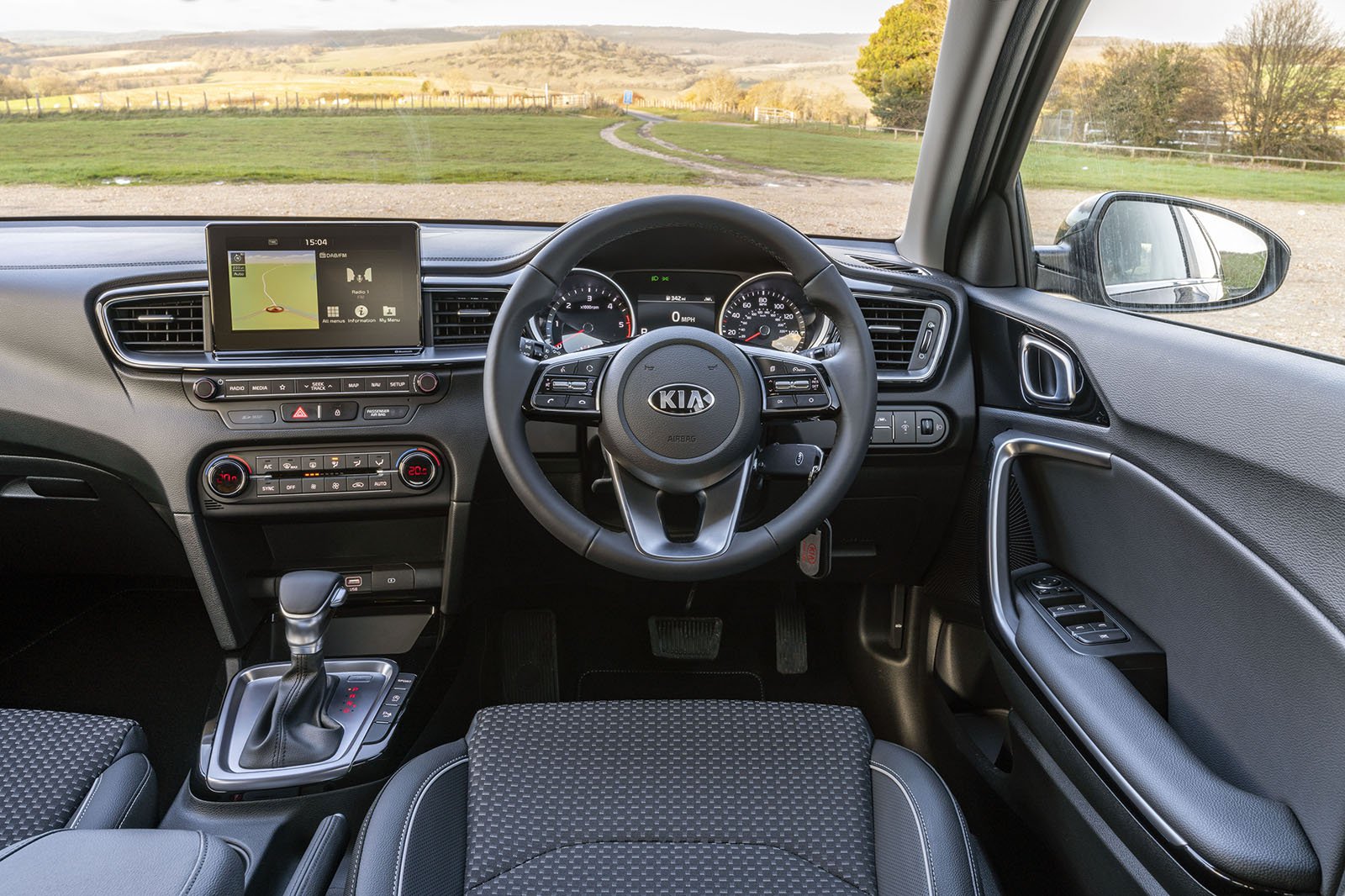 Entry-level 2 trim features an 8.0in touchscreen infotainment system with a DAB radio, Bluetooth and Apple CarPlay/Android Auto smartphone mirroring (so you can use your phone's apps on the screen). You’ll need to upgrade to 2 Nav trim level or above for built-in sat-nav and a larger 10.3in screen.

The bigger screen is as good as most systems in the estate car class. It's mounted nice and high, the graphics are clear and the menus are simple and responsive, unlike the somewhat buggy systems we’ve encountered in the latest Octavia and Golf estates. The 8.0 and 10.3in displays each have a row of shortcut buttons to let you quickly switch between different menus. The smaller system has physical shortcut buttons, while the larger one has a row of touch-sensitive controls.