Both versions use the same 1.6-litre petrol engine plus an electric motor, and have the same 139bhp combined output (when the petrol engine and electric motor are working together). However the Niro Hybrid has a tiny 1.56kWh lithium ion battery and can only drive in its electric mode at low speeds for short distances (for example, in start-stop traffic or when parking).

The Niro PHEV’s bigger 8.9kWh battery means it can officially travel up to 30 miles on pure electric power when fully charged, which isn’t as much as the official 40 miles you’ll get from a Peugeot 3008 Hybrid. Both those official figures will be hard to achieve in reality, though, and it’ll be closer to 20 miles before the Niro PHEV’s petrol engine has to kick in and take over.

For everyday driving the Niro Hybrid and PHEV perform just fine, but when you expect a bit more kick, for joining a motorway or overtaking, it isn’t quite there and they build speed leisurely rather than briskly. The PHEV is slightly quicker (0-60mph comes up in 10.4sec as opposed to 11.1sec for the Hybrid), which is roughly the same as a Toyota C-HR Hybrid; if performance is key you’d be better off with the much quicker 3008 Hybrid or conventionally powered rivals, such as the Skoda Karoq 1.5 TSI 150.

How about the Niro’s handling? For a tall SUV, the Hybrid controls its body lean through corners pretty well, and better than the PHEV, which is heavier and a bit sloppier. Neither has particularly engaging steering, though: it’s accurate enough but its lack of feel and progressive weighting doesn’t give much feedback about what the front wheels are doing. So the Niro’s a fine car to drive sedately, but keen drivers will much prefer the more alert and responsive Seat Ateca.

As with most hybrid cars, the Niro’s regenerative braking system recovers energy that would ordinarily be lost during braking, harnessing it to top the battery up. The drag this creates is beneficial because you need only to lift off the accelerator (without touching the brakes) for the car to slow down gently if you’re approaching a red traffic light. For faster stops you still need to hit the brake pedal, and its action is quite abrupt – a quirk that takes some getting used to.

The ride is generally comfortable; the suspension does a fine job over speed bumps around town and manages the effects of uneven motorways or A-roads really well. Harsher crevices, such as deep potholes, can send a bit of a shudder through the interior, though.

The Niro is quiet when running on electric power alone, and when the engine cuts in it’s only noisy when pushed hard. The rest of the time it fades into the background, sending virtually no vibration through the controls. As you pull away, the transition from electric to petrol power is occasionally hesitant, but once you’re on the move the power sources swap around impressively smoothly. You do notice more wind and noise at higher speeds than in the Skoda Karoq, but it’s nothing that will get too grating on a long trip. 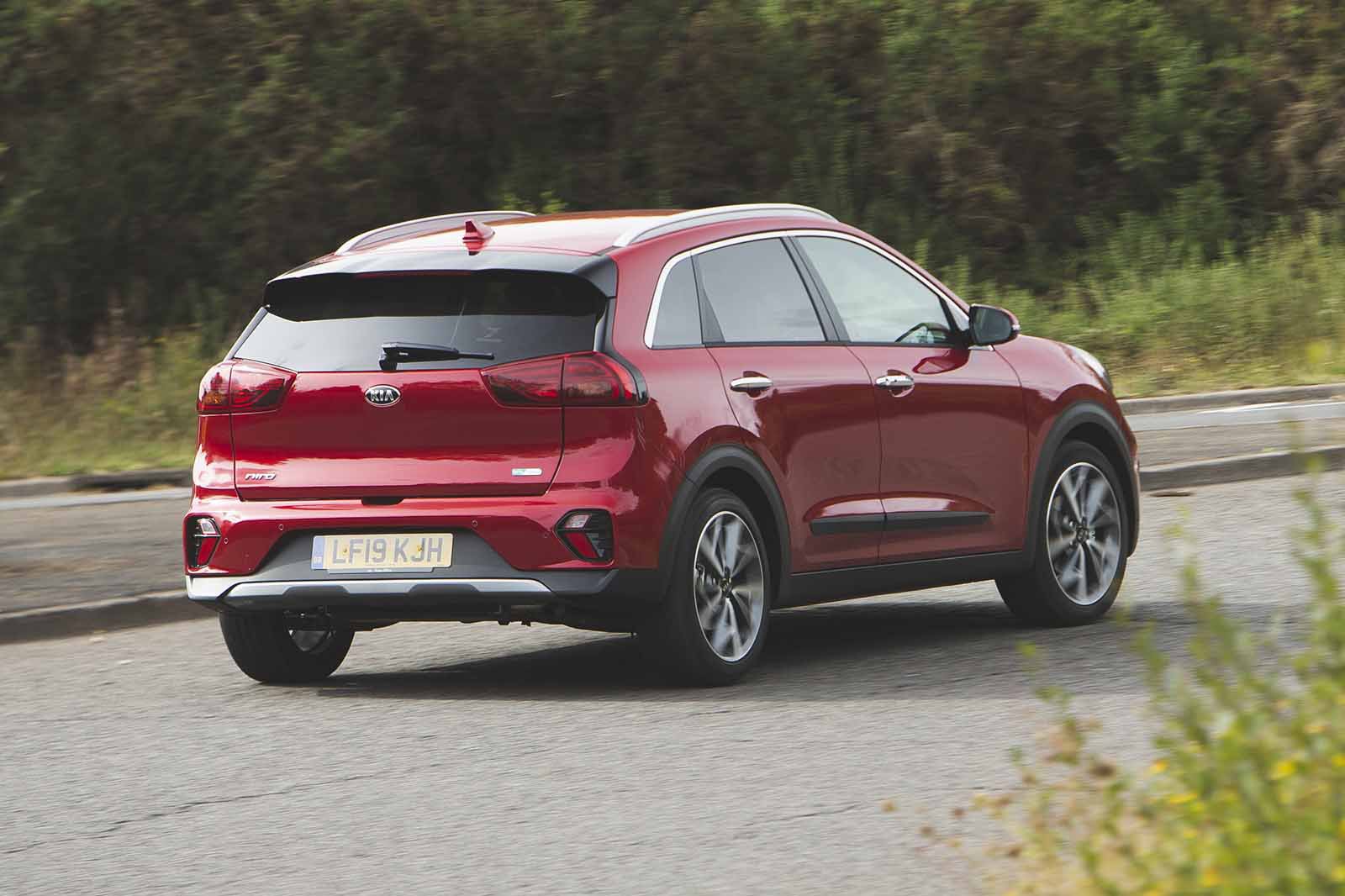