Our favourite engine is the 3.0-litre 345bhp D350 mild-hybrid diesel; it has plenty of low-rev flexibility and is capable of 0-62mph in as little as 7.1sec. That means getting up to motorway speeds is a quick and painless affair. A less powerful D300 version is available, which we’re yet to try; it manages 0-62mph in 7.4sec, and we’d argue that’s probably enough for most.

A pair of petrol hybrids are available that are each faster than the diesels in outright acceleration, called P400 and P400e. The former is a mild hybrid that uses its electric motor to assist the petrol engine, but it can’t run on electricity alone, just like the diesels. It proves pleasingly brisk if you’re prepared to work it fairly hard, but doesn’t feel as flexible as the D350 low-down. The P400e is a plug-in hybrid. Again, it's not as grunty low down in the rev range as the diesels, and it's also not quite as nippy as the P400, but it's still quick, getting from 0-62mph in just 6.4sec. Officially it’ll travel up to 25 miles on electric power alone, albeit far less speedily.

At the top of the pile are a couple of decadent 5.0-litre supercharged V8s with over 500bhp, badged P525 and P565. Both can do 0-62mph in as little as 5.4sec, so they're blooming rapid; but, like all versions of the Range Rover, equivalent versions of the BMW X7, Audi Q7 and Bentley Bentayga are even faster. That's partly down to the Range Rover's hesitant gearbox, with its noticeable pause before you receive full acceleration from a standstill or when you kick it down.

Every model has air suspension as standard, which provides a very supple ride as long as you avoid the bigger 22in wheels. They cause a few thuds over potholes, spoiling the wafty calm. Stick to 20in rims if you want the best ride. It's certainly softer than either the BMW X7 or Bentley Bentayga, but those SUVs do a better job of keeping body movements in check over undulations, making them feel less wallowy, even when the Range Rover is in its sportiest suspension mode.

The hybrid P400e is a bit of an exception, though. The extra weight of its battery calls for a fractionally firmer setup and its ride isn’t quite as absorbent as a result.

The air suspension also allows you to raise and lower the entire car by pressing buttons on the centre console. Access mode lowers the car to help occupants when getting in and out, while Off-Road mode increases ground clearance when tackling difficult terrain. 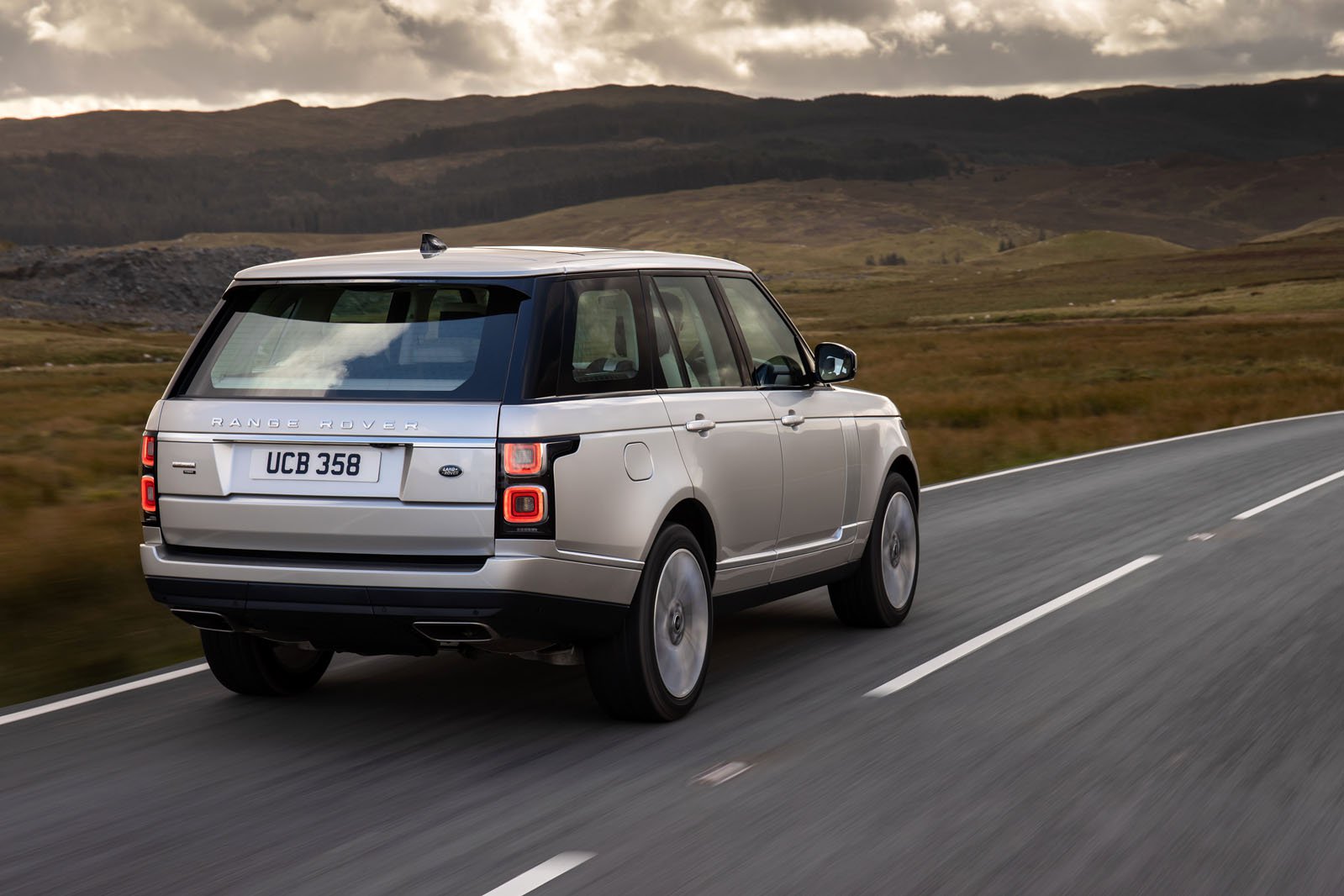 This is a big car that handles fine when driven at a gentle pace. Try to take liberties and push it like a Porsche Cayenne or Audi Q7 though corners and it succumbs to the laws of physics, pitching and leaning considerably. Grip levels are decent, though, and while the steering is geared to feel quite slow by modern standards, its weighting is well-judged at all speeds making the Range Rover an intuitive car to place on the road.

Of course, the Range Rover does have an ace up its sleeve in the shape of its prodigious off-road ability. Even on the standard road-biased tyres, it can scrabble up slippery slopes and deal with huge ruts and bumps that would leave an X7, Cayenne or Q7 floundering.

Refinement is one of the Range Rover’s strong suits. It’s particularly impressive when cruising at high speeds, doing an excellent job of isolating you from the elements thanks, in part, to the acoustically laminated windscreen that’s standard on all versions. It’s more hushed than many luxury saloons, in fact; only the Mercedes S-Class can claim to be quieter.

The plug-in hybrid P400e is whisper quiet when running on electric power. You can cruise around town in near silence – a serene experience that feels perfectly in tune with the ethos of a Range Rover. Then, once its battery is exhausted, the electric motor seamlessly passes the load-lugging baton onto the 2.0-litre petrol engine. In fact, at town speeds, it can be difficult to pinpoint exactly when the handover took place, such is the refinement of this hybrid system. Work the engine hard and there is a slightly coarse edge from the little four-cylinder engine.

As for the other petrol and diesel engines, all are impressively quiet most of the time, but the V8s let out a subdued roar when accelerating. The BMW X7’s V8 petrol engine is even more refined, though. The Range Rover’s diesel engines, meanwhile, are impressively hushed and remain smooth when worked hard, and its slick-changing automatic gearbox is a match for the X7's.