No car as big and wide as a Range Rover should have a problem accommodating two sizeable adults alongside each other and, sure enough, front-seat occupants have plenty of space. Even with the large central storage compartment and individual armrests in place, there's leg, head and shoulder room to spare.

There’s a decent selection of cubbyholes, too, including the aforementioned central storage area, an oddment bin under the main armrest, sizeable door pockets and twin gloveboxes.

You can also buy a long-wheelbase version of the Range Rover, which puts the amount of rear leg room on a par with that of the average executive jet; or at least the Mercedes S-Class and Rolls-Royce Ghost. What you can't have are seven seats. The Audi Q7, BMW X7 and even the cheaper Range Rover Sport all offer that facility. 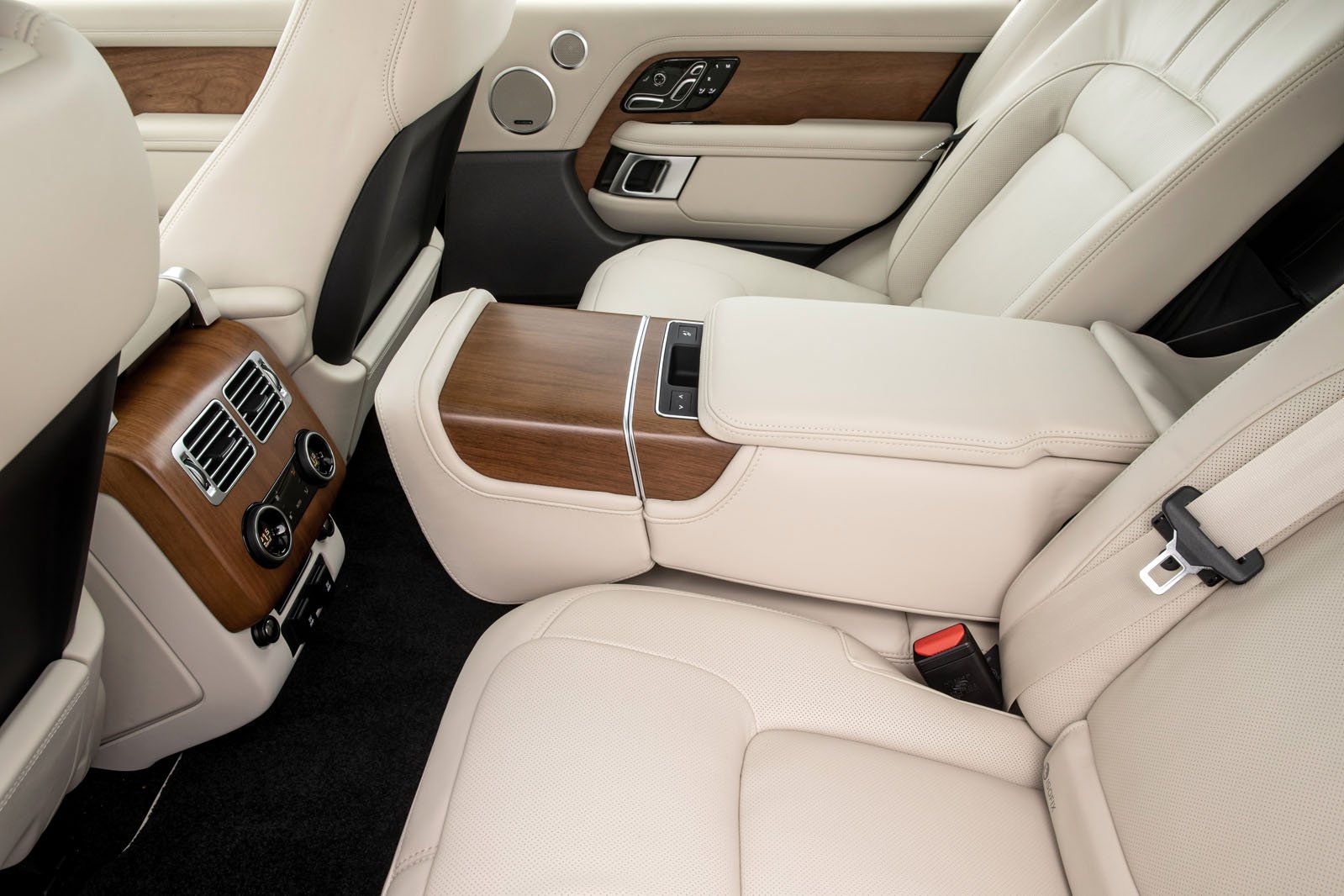 Technically, the Range Rover has 60/40 split-folding rear seats, but because centre rear the armrest folds down and it's hinged almost at boot floor level, it's effectively as versatile as 40/20/40 seating. The back seats fold down electrically using buttons situated by the tailgate opening. Now, before you shout "oh, how clever", it is painful.

You have to watch as they glacially motor down and the front seats also have to move forward at a snail’s pace to allow this to happen. Then, the front seat doesn't return to its original position. After a lot of head scratching, you realise this is because the headrests on the rear seats are still in place and stopping them moving back. So they need to be removed (manually, which rather defeats the whole motorised seat-folding adventure) and you can only do this by lifting the backrests up again. And again, that process is as long as an ice age. “Errgh!” Honestly, pressing a couple of release levers and doing it all manually would be a hundred times easier.