Up front, all drivers will have enough space for comfort, even with the optional panoramic sunroof. The door pockets are big enough for a 500ml bottle of water, and there are two suitably deep cupholders in front of the infotainment touchpad. A decent glovebox, a handy cubby at the base of the dashboard and some storage under the centre armrest complete the list of stowage spaces.

It’s in the rear where the EQA’s electric nature has more effect on its passengers. Compared with the Mercedes-Benz GLA that it’s based on, the rear floor has been raised to accommodate the batteries. As a result, the rear bench isn’t as far above the floor as you might be used to, and your knees will be higher than they would be in a regular GLA  – or many other electric rivals, for that matter.

There’s no compromise on legroom, though, so six-footers will still be able to get in the back and stretch out in reasonable comfort. In fact, the EQA is roomier in the back than the Kia e-Niro and on a par with the spacious Volvo XC40 Recharge.

The EQA’s rear bench has a 40/20/40 split as standard. That’s more versatile than the usual 60/40 split offered by the e-Niro and XC40; it enables you to fold the middle seatback down independently to allow long items to poke through from the boot, or to allow luggage to be accessed from either of the rear seats.

Unfortunately, the EQA disappoints when it comes to boot capacity. At 340 litres, it has 100 litres less volume than the Mercedes-Benz GLA that it’s based on, and is in fact a similar size to that of the Renault Zoe (338-litre), which is a much smaller EV. Its closer rivals the e-Niro and XC40 boast 451 litres and 452 litres of storage respectively, and the Ford Mustang Mach E a whopping 502 litres.

The EQA claws some points back by having no loading lip to get in the way when hauling things into and out of the back, and the small amount of underfloor storage available should suffice for a charging cable or two. However, even though this is effectively a GLA without an engine, don’t imagine that Mercedes has turned that empty engine bay into extra storage space; unlike the Tesla Model 3, there is no additional boot at the front. 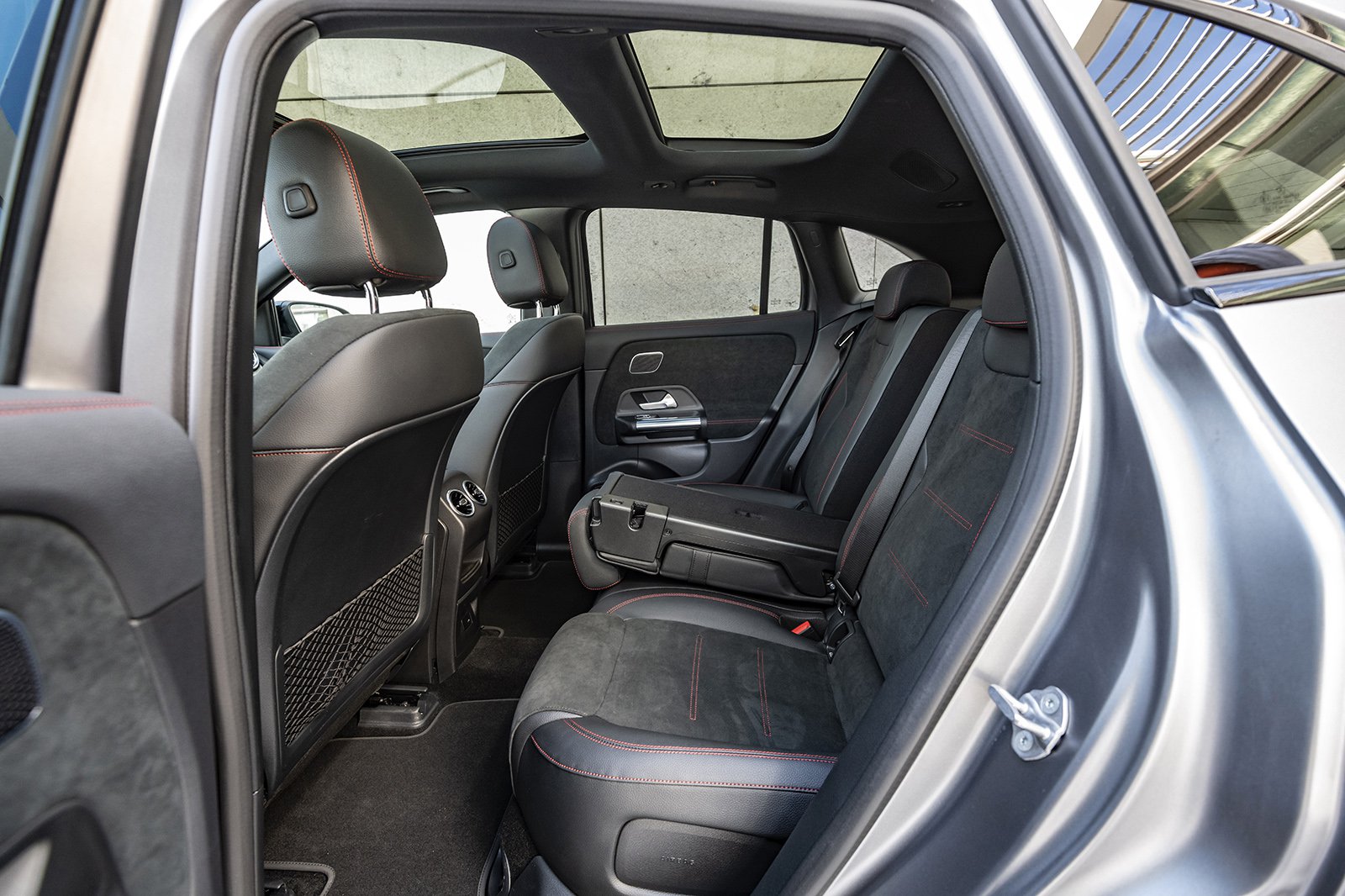