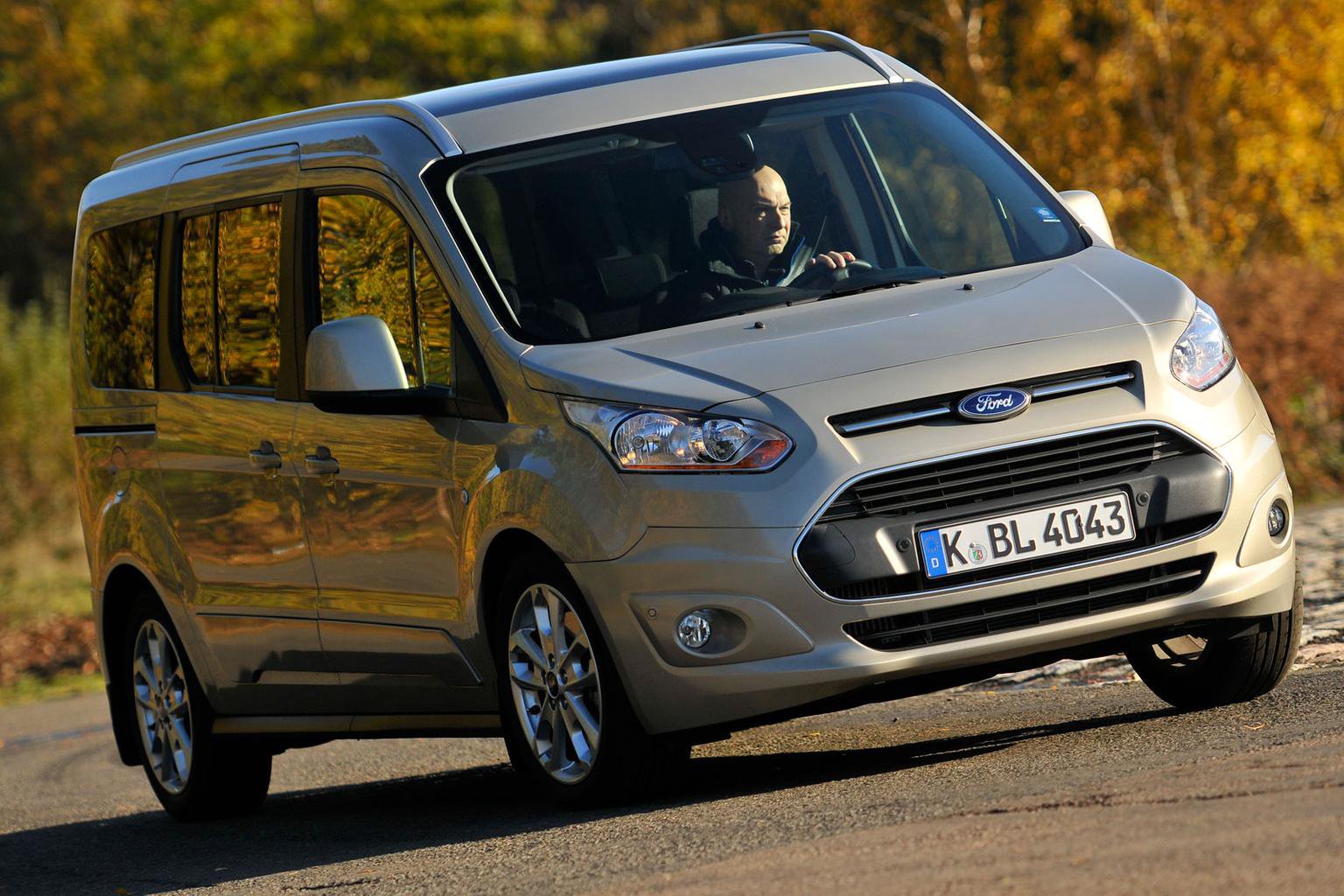 The new Ford Grand Tourneo Connect is an MPV for those who want to carry a lot of people and their luggage, but on a low budget.

It offers seating for seven people and a boot that is truly huge when the two rear seats are not in use, but then so does Ford's Grand C-Max and S-Max, so what does the Grand Tourneo Connect bring to the game?

Space is luxury, so the saying goes, in which case the Grand Tourneo Connect is a pretty luxurious vehicle indeed.

There's decent space for the front two occupants, those in the middle row get a good area to lounge around in, and the two rearmost seats can feasibly be used by adults, although they wouldn't want to travel the length of the country in them. The backrest of the two rear seats are also too upright, which makes you feel like you're almost tipping forward.

It's actually the seat-folding process that's one of the Grand Tourneo Connect's biggest downfalls, because in an age where one-tug folding is increasingly the norm, it requires seat bases to be flipped over, tags to be pulled to flip down seat backs, and other tags to be pulled to flip seats forward. In addition, there's a range of magnetised flaps that can be folded down to make the boot floor flat, although these require a degree in origami if you're to accomplish this with any sort of rapidity.

The Grand Tourneo Connect also has no load cover, which means that when you've got a boot full of luggage, it's on show for all and sundry to see and covet.

On the plus side, there are various shelves and cubbies dotted around the cabin for the paraphernalia of family life, although the plastics they're made from feel a bit on the flimsy side.

What's the 2014 Ford Grand Tourneo Connect like to drive?

Given that the Grand Tourneo Connect has its origins in a van, it isn't bad to drive at all. There's only one engine: a 1.6-litre diesel. In the car we drove it develops 113bhp and 199lb ft of torque, but you can also get a version that puts out 94bhp and 170lb ft and costs from just £16,985. The less powerful engine pumps out 9g/km less CO2, so sits two company car tax bands lower than the car we drove.

The 113bhp model feels just about punchy enough, and doesn't struggle too much when the cabin's full of people. It's noisy though, and sends vibrations though the cabin when you rev it. There's also plenty of wind and road noise when the speed builds up.

The ride is actually pretty well controlled, so there isn't too much bounce and sway around the obstacle course that is the UK road system, but the car's biggest letdown is the fact it responds pretty lethargically to a steering set-up that's ponderous and slow.

Ford says that the Grand Tourneo Connect will do 58.9mpg. We've yet to strap our True MPG measuring gear to it, but we reckon you'd have to treat the accelerator pedal like an eggshell to get anywhere near that.

If you need a lot of space on a budget, the Grand Tourneo Connect is worth a look. However, we can't overlook the fact it feels built to a fairly low price, it's unremarkable to drive and the seats are awkward. There are better rivals out there, albeit with less space. Get yourself into a Kia Carens, or a Vauxhall Zafira Tourer, and you'll see what good modern MPVs are like.