The BMW X5 is one of the best handling large SUVs, but is this new plug-in hybrid X5 xDrive40e also good for your wallet? We find out on our first UK drive... 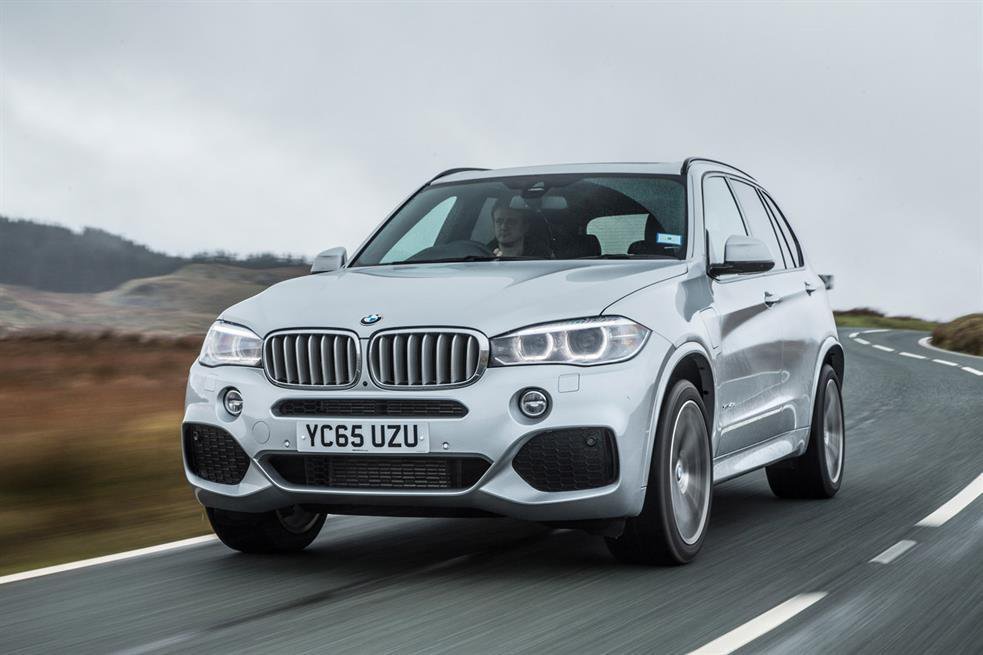 Driving a large SUV such as the BMW X5 has many advantages: plenty of room for the family, a grippy four-wheel-drive system and a raised driving position for commanding views of the road. However, running costs can be high, so this new plug-in hybrid model, the X5 xDrive40e, could be of interest.

Like the hybrid Volvo XC90 T8 and forthcoming Audi Q7 e-tron, the 40e combines an electric motor with a petrol engine to give decent performance and the promise of low emissions and fuel consumption – great for company car and private buyers alike.

In the case of the X5, an onboard battery holds charge for up to 19 miles of pure electric range, and charging it from flat takes around four hours from a domestic plug, or fewer than three using a dedicated charging point.

On start up the 40e defaults to an Auto eDrive setting which uses the electric motor for pulling away and gentle driving (as long as the battery is charged), and adds the petrol engine to the mix if you need brisker acceleration or go above 44mph. As a result, it’s very quiet when ambling around.

You need to drive quite carefully to avoid the petrol engine kicking in, but when it does it deploys smoothly, and during normal driving is heard as a background thrum. At this point the 40e drives like any conventionally powered car, but the combined power sources means there’s enough shove in the low to mid ranges to make keeping up with traffic easy.

When you need maximum acceleration for overtaking, the eight-speed automatic gearbox changes down quickly and the engine revs out with no apparent flat spots. It does become quite buzzy at this point, but without ever sounding harsh.

As well as the Auto eDrive mode, you can also set it to work on electric power alone, at which point the X5 still delivers reasonable acceleration, but the top speed is limited to 75mph. A third mode saves the battery if you are travelling across country, leaving plenty of electric range when you reach an urban area.

The 40e comes as an entry-level SE, or the top-spec M Sport version we have here. We’d stick with the SE, because the M Sport’s stiffer suspension makes the ride firm at times, even with our test car’s optional adaptive dampers fitted.

On the plus side, the 40e has excellent body control on twisty B-roads and feels more sure-footed than rivals such as the XC90. However, the steering weight is too inconsistent - especially the few degrees either side of dead centre - to give you the confidence to fully exploit this. It’s not as refined at speed as the Volvo either, with a little more wind and tyre noise on the motorway.

The X5 has a great driving position, thanks to the range of adjustment to both the seat and steering wheel, and even if you are over the six feet tall you’ll find there’s plenty of space in the front.

The high-quality interior looks smart but is also well laid out, putting the major controls within easy reach. Not only that, but the iDrive infotainment system is simple to use and comes with a sat-nav that includes real-time traffic reports as standard. There are also features unique to this hybrid model, such as the ability to search out available charging stations and plan a route to maximise the hybrid system’s efficiency.

It’s not quite as spacious in the back as an XC90, but three tall adults can still sit across the rear bench, plus a flat floor means they’ll have plenty of foot space.

However, the hybrid system reduces the boot space compared to a standard X5. It’s still 500 litres and a good square shape, which is enough to fit a couple of large suitcases, but the XC90 T8's boot is bigger. You also get seven seats in the Volvo, whereas the 40e is limited to five.

The 40e incurs just 13% benefit-in-kind tax, so if you're a company car driver and can profit from the cheaper tax rate, or you do lots of short trips to utilise the realistic electric-only range of 10 to 15 miles, then the 40e is worth thinking about. If not, then stick to a diesel X5 30d; it's as quick, cheaper to buy, and offers better real-world economy; we struggled to average 25mpg on a 200-mile trip in the 40e.

If the hybrid option suits you best, the X5 40e is certainly a contender. A well-optioned Volvo XC90 T8 is more comfortable, refined and practical, so would be our first choice, and if you can, hang on until later this year to try the new Audi Q7 e-tron.