We've been for a passenger ride around Ford's proving ground in the all-new Ford Focus ST. Could this be the hot hatch to beat?...

Or at least we hope it’s something to behold. Ford has an immense legacy of delivering great hot hatches, and while this is just a passenger ride before the official launch later this summer (orders are open now, by the way, with deliveries beginning in September), it will give us an idea as to whether this is another of its hits or a rare miss.

Let’s start with the facts. As with the previous Focus ST, you can order a petrol or a diesel engine in a hatchback or estate body. The diesel is available only with a six-speed manual gearbox, but today we’re focusing on the petrol hatchback, which is available with an eight-speed automatic if you'd rather not change gears yourself.

Power is up. It now peaks at a heady 276bhp, which by happy coincidence matches the Renault Mégane RS and just pips the Hyundai i30 N Performance. And this comes from a detuned version of the previous Focus RS’s turbocharged 2.3-litre four-cylinder engine, which means there’s a healthy amount of torque available, too. 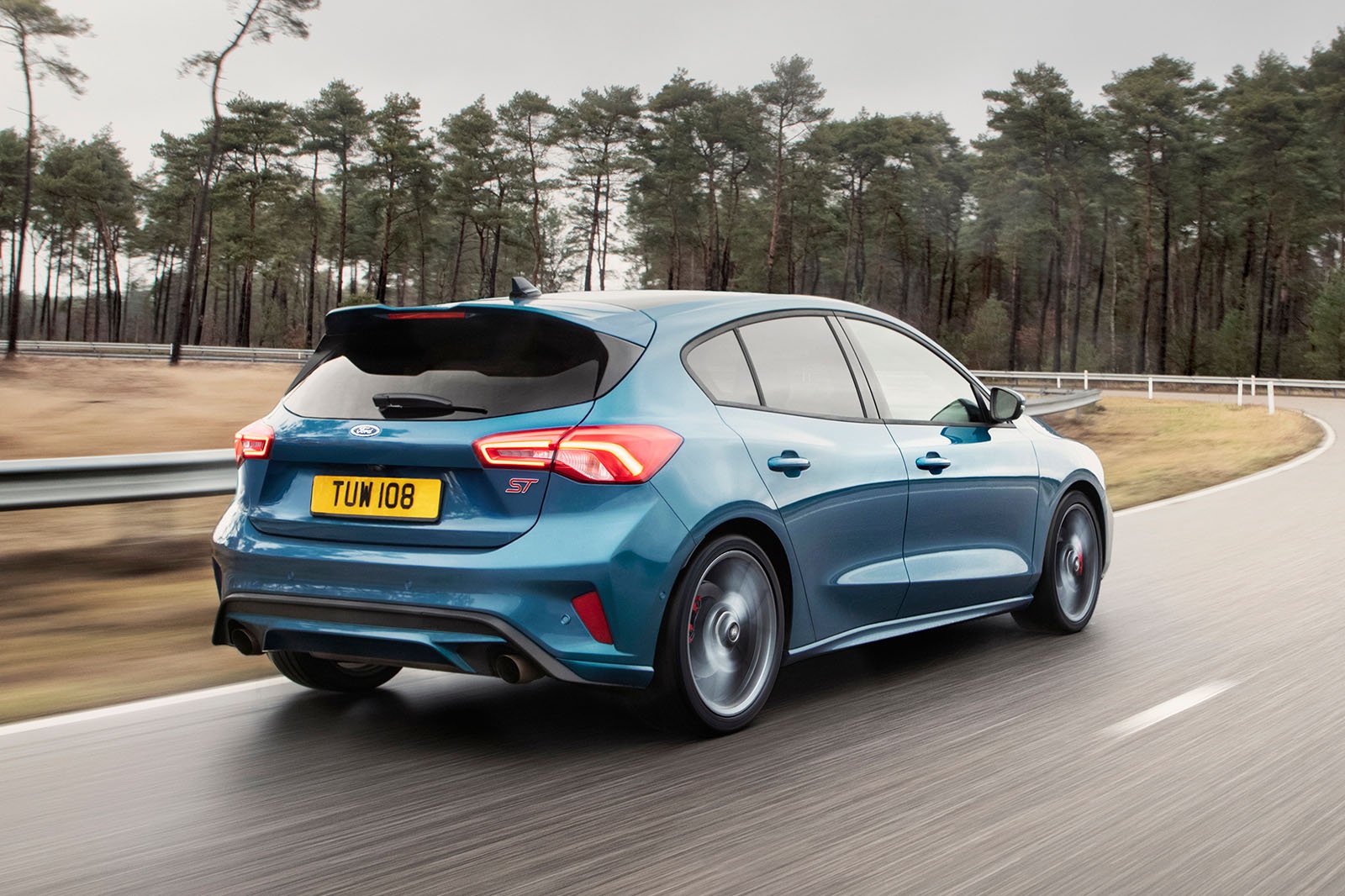 To keep all that new-found vigour channelling straight to the road, there’s an electronically controlled limited-slip differential fitted as standard to petrol versions, helping minimise wheelspin and stop the nose running wide as you power out of corners. Bigger brakes than the standard Focus’s are on hand to scrub off speed more efficiently, while the steering and suspension are also bespoke – tuned specifically to increase agility over the lesser Focus ST-Line models.

In fact, the suspension has continuously variable damping control for the first time on a Focus ST, although only hatchbacks get it (estates have passive suspension). This has allowed Ford to give the car a more useable ride without compromising its out-and-out handling; that was a key element of the brief. If you add the Performance Pack (£250 on petrols, £800 on diesels), this also allows the stiffness of the dampers to be set by the driver, rather than tuned automatically.

The Performance Pack adds a Track mode for the most extreme set-up, too. If you choose the manual gearbox, this also introduces a light to tell you when to change up, rev-matching to help you change down smoothly and launch control to help you play silly buggers away from the lights.

It’s a bit tricky to write this section, having experienced the Focus ST only from the passenger seat, but the signs look good. Sitting next to one of Ford’s test drivers pounding around the challenging mix of circuits at the firm's proving ground in Belgium, which is designed to test everything from high-speed stability and ride comfort to braking and handling agility, there were some notably wholesome traits with no obvious flaws. 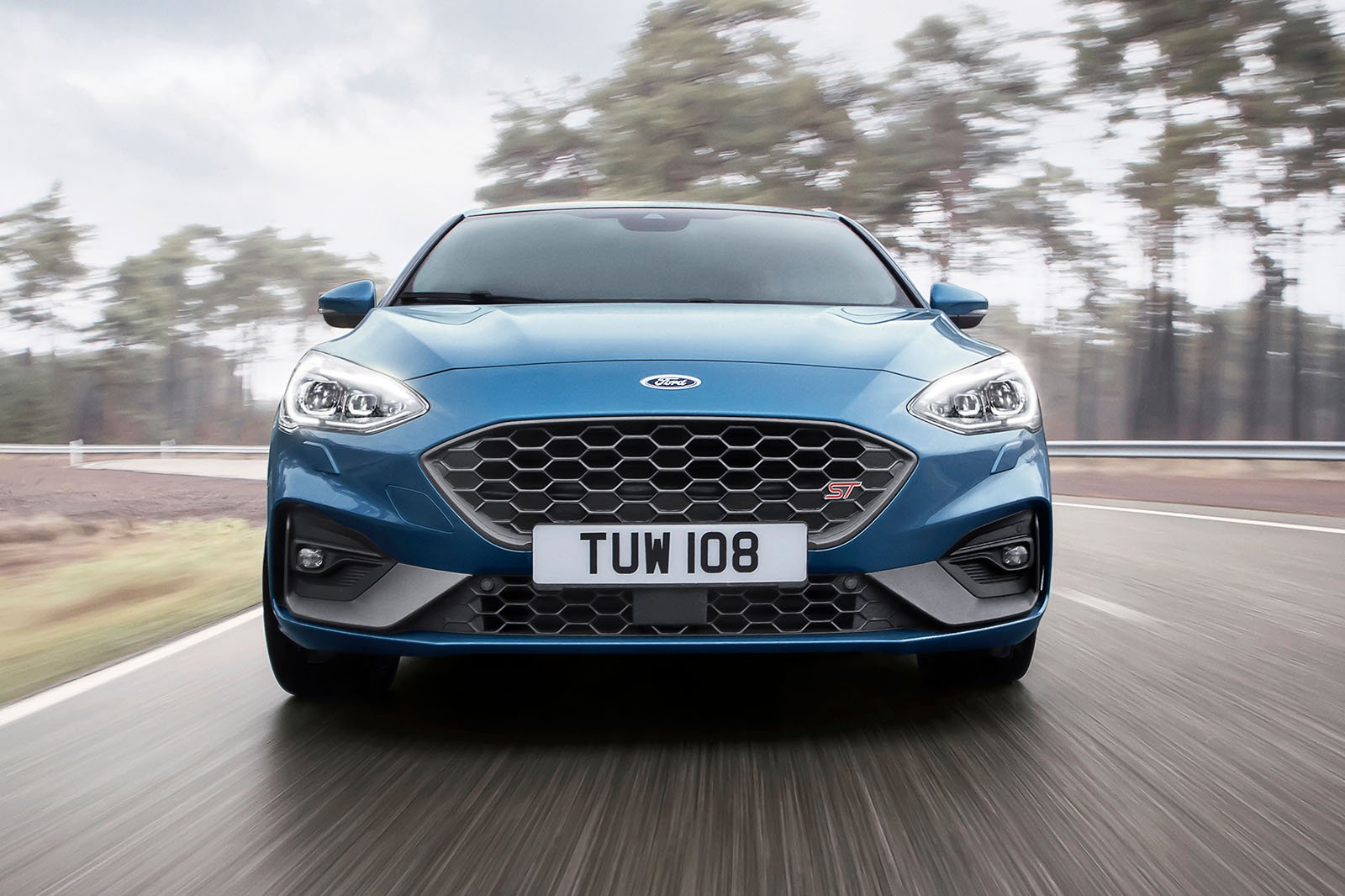 The Focus ST feels planted, even at speeds well in excess of the UK’s legal limit. With a beady eye on our chaperone’s hands at the wheel, we couldn’t see any tell-tale little inputs suggesting he was having to work hard to keep the car centred in its lane. Moving to the twisty, undulating handling circuit, the Focus ST showed all the agility and balance needed to match or beat its two key rivals. And it never became snappy off the throttle as the Mégane RS will into tight hairpins, plus it controlled its body better than the i30 N Performance.

In Normal mode, with the suspension at its softest, the ride is measured without becoming harsh — at least until you hit a particularly angsty ridge, when it thumps a little. Sport and Track feel like they’d be too firm for some of the UK's more brutally calloused roads, though.

With the limited-slip differential clearly boosting traction, it seems like you can get hard on the power with a healthy dollop of steering lock applied and not leave a trail of tyre smoke in your wake like an injured Spitfire. That said, with all 276bhp deployed in a straight line, the signs of torque steer can be felt mildly jinking the car left and right.

Speaking of power deployment, the Focus ST isn’t Honda Civic Type R fast. But it feels fast enough to live with either the Mégane RS or i30 N Performance with no problem whatsoever. The augmented engine noise adds some smile-inducing theatrics, too, without stepping into the realms of the ridiculous. 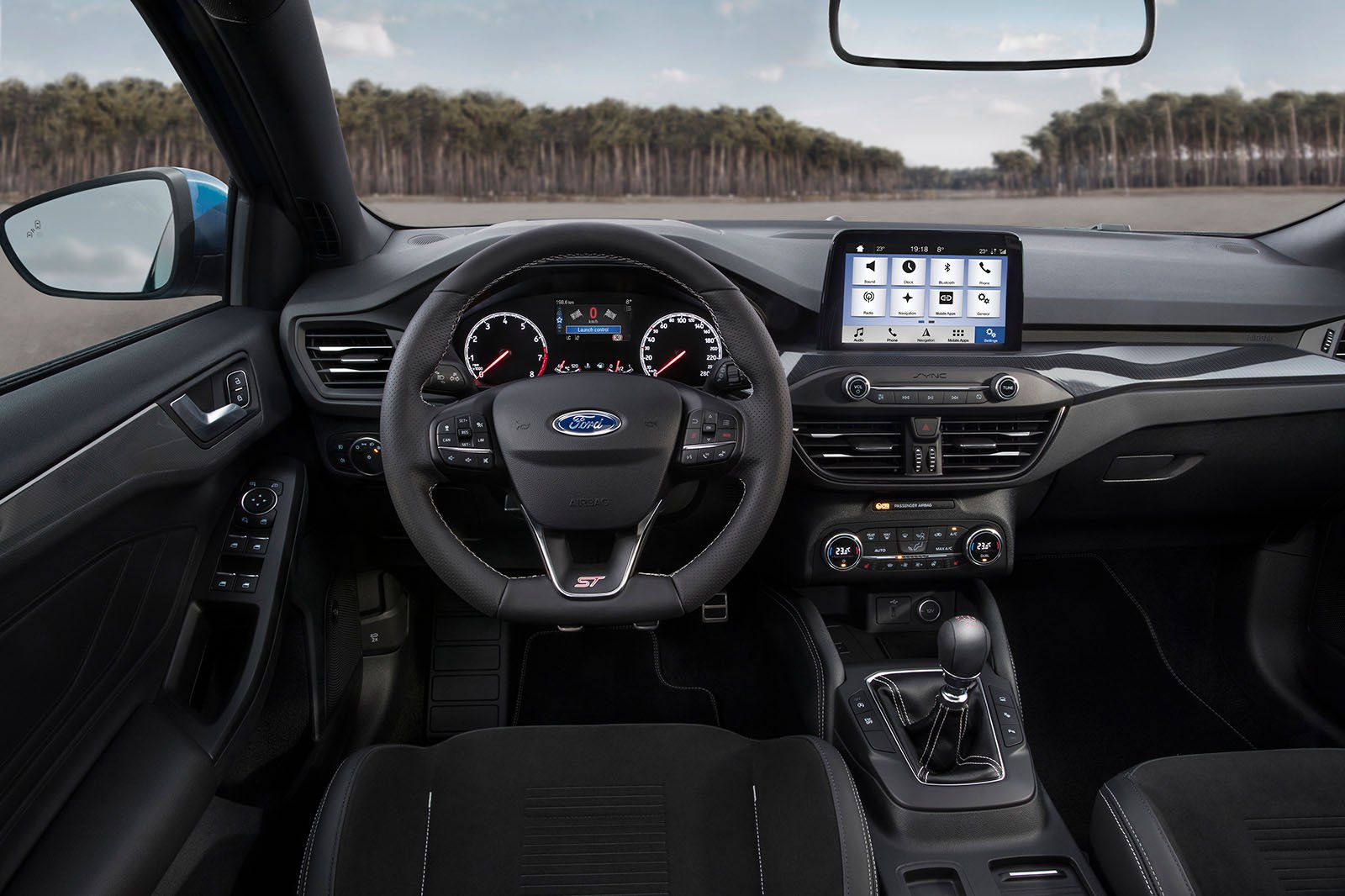 The minute you open the Focus ST’s passenger door, a pair of unique, heavily bolstered, part-leather front seats from Recaro differentiates it immediately from lesser Focus models. These adjust electrically in multiple ways and grip you tightly around the midriff like a friendly bear. Space in the front and rear remains largely unchanged, so there’s room for four tall adults comfortably or five at a push.

It’s typical Focus elsewhere. The quality of the materials is a little iffy, with plenty of hard plastics on show, but details like the alloy pedals and ST-engraved stainless steel scuff plates on the sills add a smidgen of sporting panache.

You won’t want for equipment, though. Unlike with previous Focus STs, there’s only one trim available, and it comes with all the bells and whistles, including 19in alloy wheels, adaptive LED headlights, adaptive cruise control, keyless entry, a heated steering wheel and heated front seats. Parking aids involve a 360deg camera and sensors front and rear.

You also get Ford’s Sync 3 infotainment system. This isn’t the best on the market, but it’s better than what you get in the Mégane RS. It comprises an 8.0in touchscreen with in-built sat-nav and Apple CarPlay and Android Auto if you prefer using your phone’s apps instead. Meanwhile, the Bang & Olufsen sound system pipes a healthy 675 watts through 10 speakers.

Finally, safety kit is taken care of with standard automatic emergency braking and lane-keeping assistance, while blindspot monitoring is available as a £400 add-on.