The Audi A1 Citycarver is an SUV-style version of the A1 Sportback, but is it the pick of the range?...

“Because it’s there” was the response given by mountaineer George Mallory when asked why he wanted to climb Everest in the 1920s. And perhaps the same seize-the-moment thinking was behind the creation of the Audi A1 Citycarver.

You see, SUVs and their butch looks are all the rage, but squeezing something bulky through city streets and wasting hours trying to find a big enough parking spot isn’t fun by anyone’s standards. So, in an attempt to address this, Audi has fitted its smallest car, the A1, with an outdoorsy costume.

It includes plastic body cladding around the wheel arches, front and rear protection plates beneath the bumpers, and a new front grille that’s the same hexagonal shape as those on Audi’s SUVs.

The A1 Citycarver isn’t the first car to combine the city-friendly proportions of a small hatchback with the rugged looks of an SUV; that trend has also produced the Ford Fiesta Active and Kia XCeed.

Both of those are cheaper to buy than the A1 Citycarver, though, so can it justify its price premium? 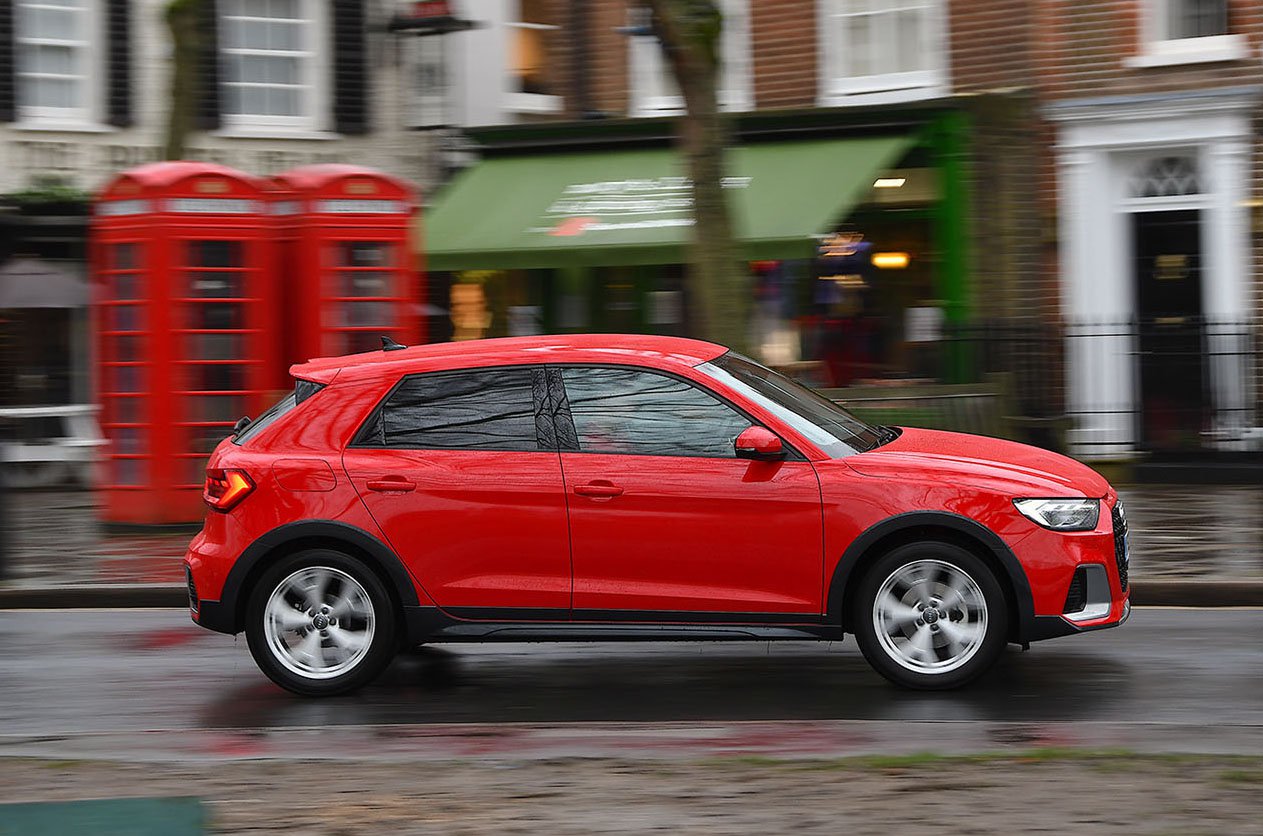 Our favourite engine in the regular A1 is the 30 TFSI, and it works well in the Citycarver, too. Keep the engine spinning above 2000rpm and it’s punchy enough, dealing with motorways with aplomb. However, below this engine speed it feels a little lethargic, so sprinting away from traffic lights requires a heavier right foot than you might expect. Although the Citycarver is 40kg flabbier than the regular A1, we certainly didn't notice any loss in performance. 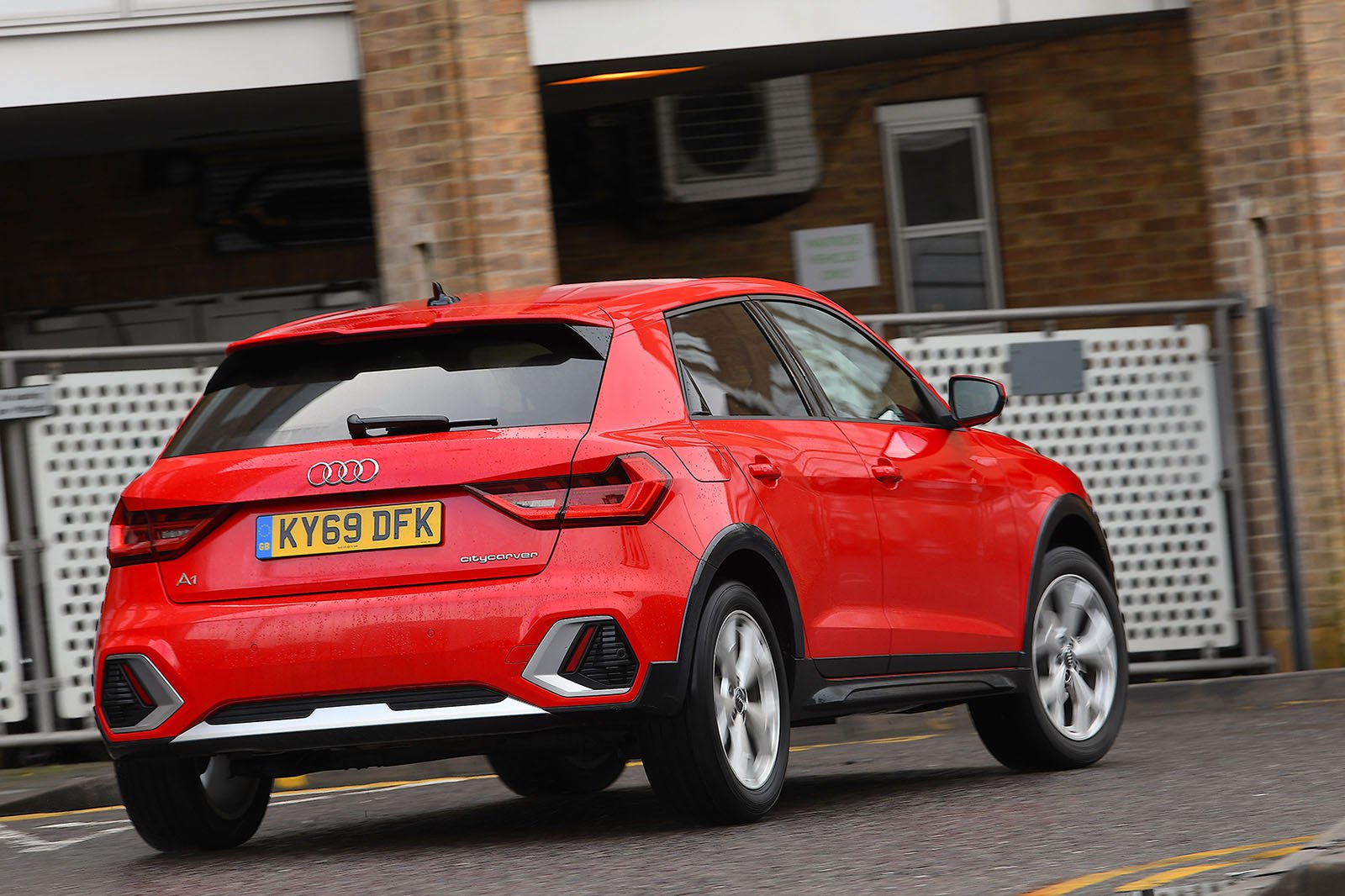 True, it’s not the most hushed 1.0-litre engine in the small car class, and you feel more vibrations through the controls than you would in a Fiesta 1.0 Ecoboost, but at a cruise it quietens down and fades into the background.
It’s available with a six-speed manual gearbox, or the automatic we’re testing here. Thankfully, this ’box doesn’t suffer from the initial hesitation that some other Audi autos do, so you won’t have your heart in your mouth when exiting busy junctions.

Ride comfort is another strength, with the Citycarver feeling every bit as forgiving as regular A1s that don’t have the sporty S line suspension, meaning it’s up with the Volkswagen Polo in terms of comfort and considerably better than the Mini hatchback.

Although the hiked ride height causes the Citycarver to lean more than other A1s in corners, there’s plenty of grip, and the steering is both accurate enough to let you place the car with confidence and light enough to make manoeuvring super-easy. 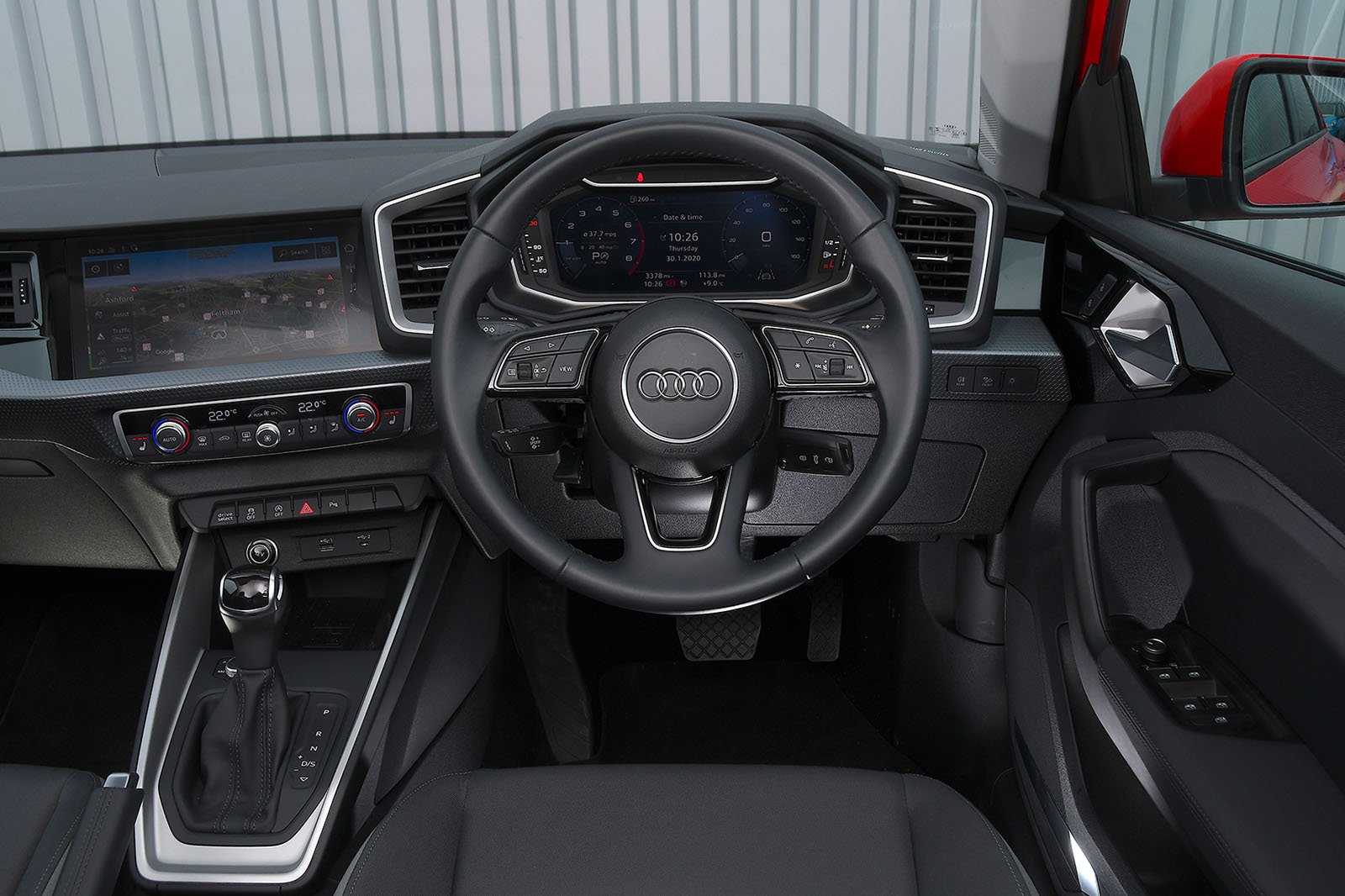 Inside, there’s nothing that tells you you’re driving a Citycarver rather than a regular A1, and you can’t even really tell that you're sitting any higher. As a result, it feels more expensive than the Fiesta Active, even though some of the plastic trim on the doors is disappointingly low-rent. 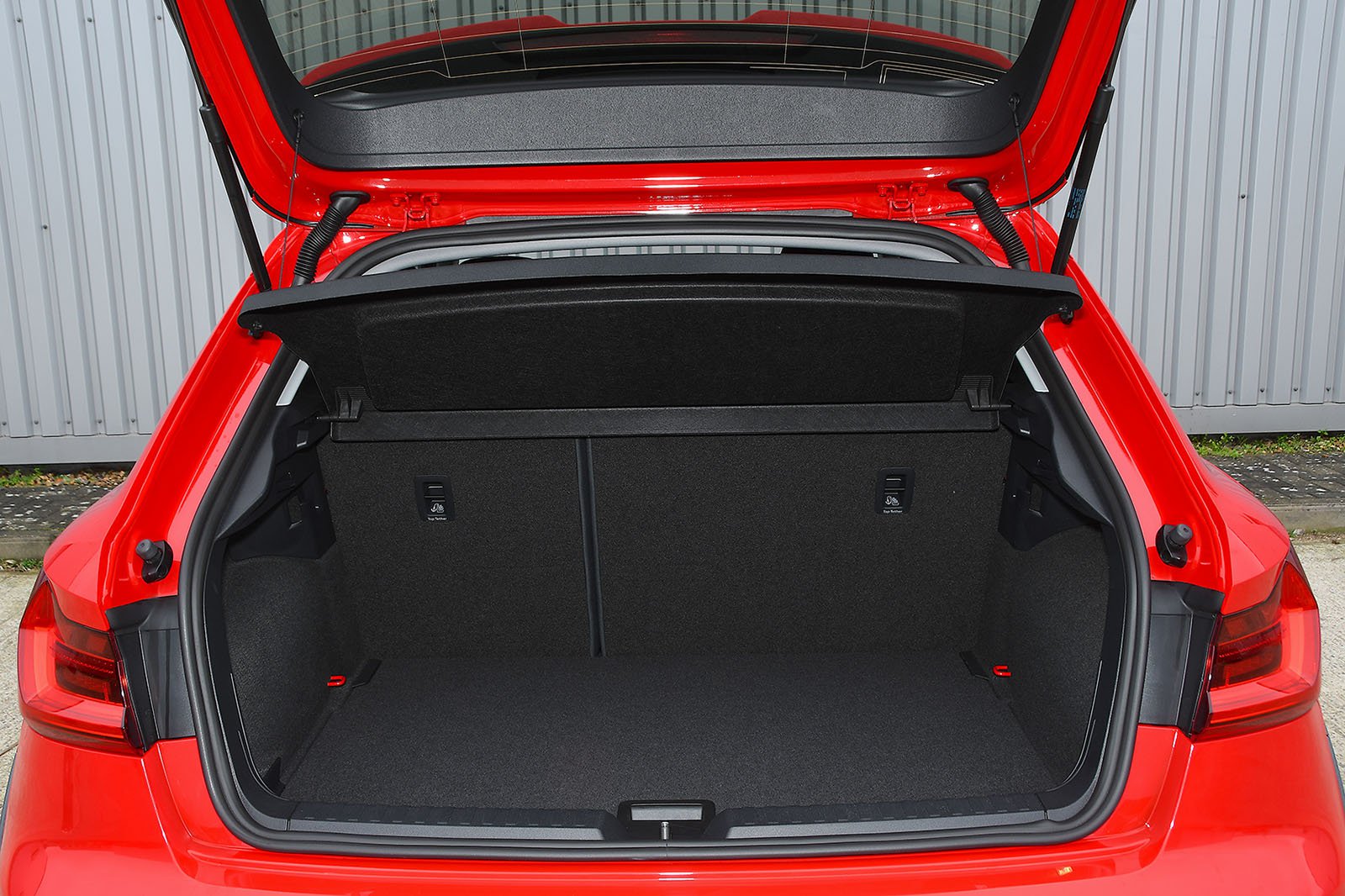 Even if you’re over six feet tall, you’ll be comfortable in the front of the Citycarver, too. And while similar-sized people might wish they had a bit more space in the back, it’s still more accommodating than the Mini hatchback.
You also get a good boot, both in terms of size and shape, but it can’t match the Fiesta Active’s for outright capacity.

If you want to know more about the interior, including the list of equipment and safety features that come as standard, head over to our full Audi A1 review. Or to see how much you could save on a new A1 without any haggling, check out our New Car Buying service.

Next: Audi A1 Citycarver verdict and specs >>