The super-powerful Aston Martin DBX707 has arrived, but is this the ultimate, luxury sports SUV? We find out..... 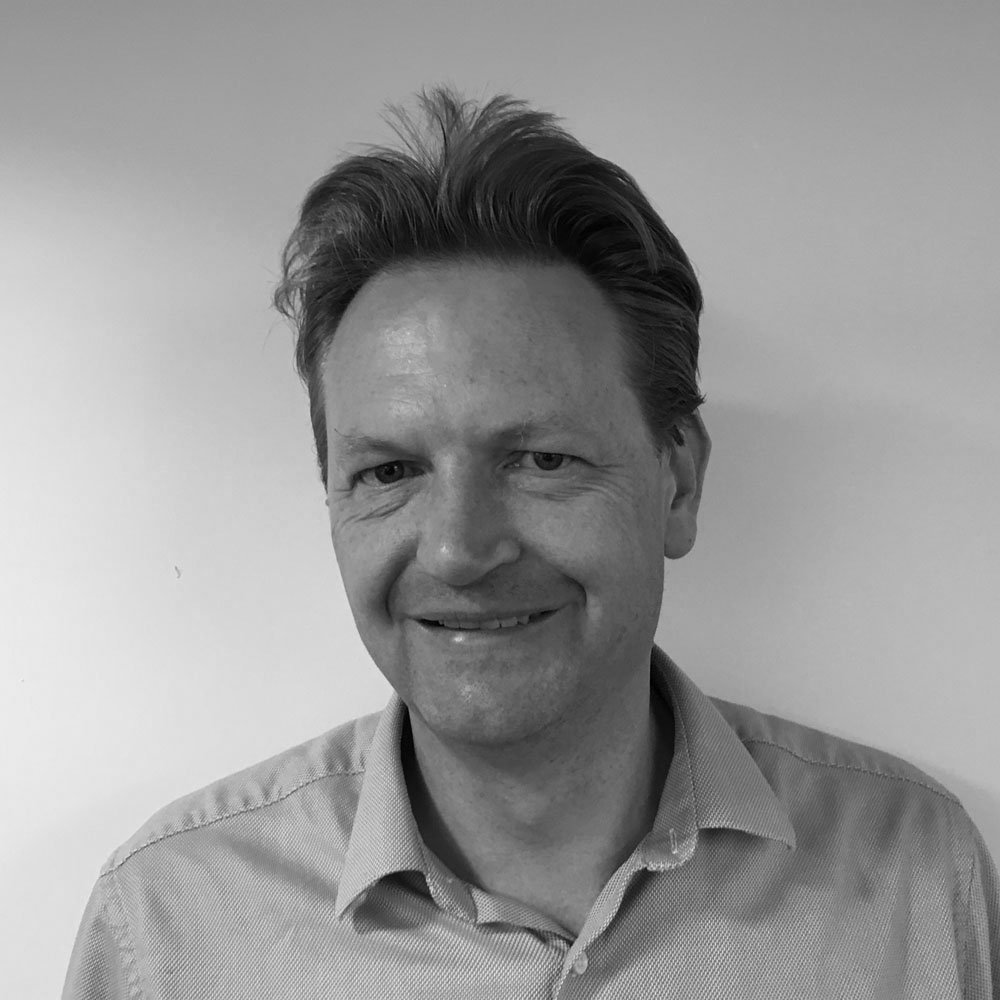 Makers of both luxury- and sports-cars long ago concluded that if the SUV trend couldn’t be beaten, then they may as well join it instead. The Aston Martin DBX was launched in 2020 and it swiftly became not only the brand's best-seller but now outsells the rest of Aston’s range put together.

All manner of unlikely firms have launched high-riding models in recent years, with the arrival of the Bentley Bentayga, Rolls-Royce Cullinan and the Lamborghini Urus. A notable no-show so far in the SUV space is Ferrari, but that will all change later this year. And it’s that new arrival that Aston may well have in its sights with the launch of a new super-powerful version of its SUV with the new Aston Martin DBX707.

The standard DBX comes equipped with a 542bhp V8 engine, which many British buyers will find rather more than adequate for our roads and their needs. Whether anyone needs the 29% more power and torque on top of the 707 will ultimately be a question for any fortunate would-be buyer to decide. 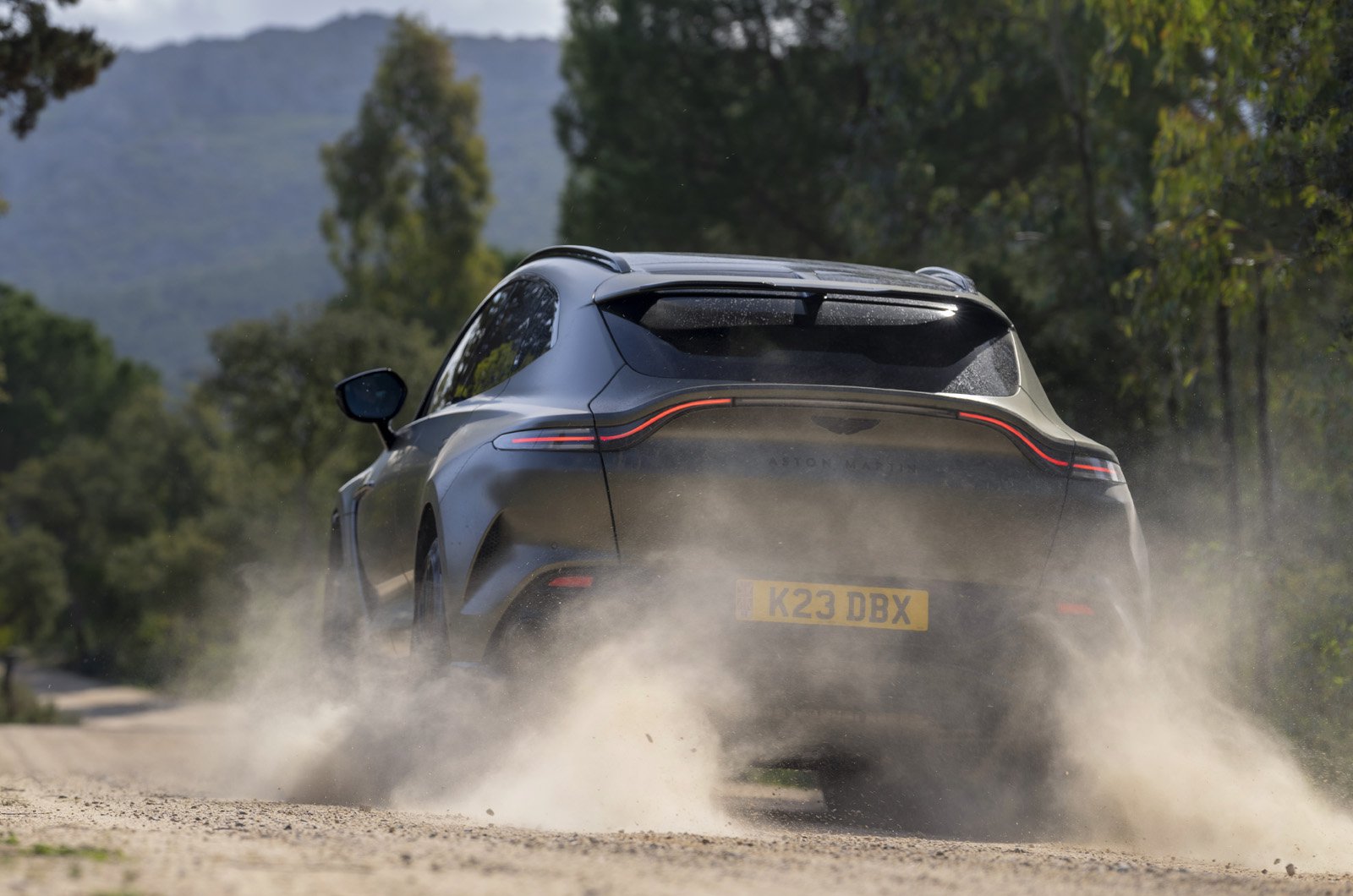 On the outside, the 707 gets a sharper nose and a much more aggressive set of aerodynamic accoutrements on its muscular rump – though there’s a surprising absence of any designation of this special version anywhere on the exterior; even Bentleys have subtle flaunts on their flanks on beefier and most prestigious derivatives.

On the road, performance is predictably prodigious, complete with a launch-control function that will does best to snap your neck from a standing start as the 707’s twin-turbochargers spring to life. Needless to say, prolonged investigation of the upper reaches of this car's performance will yield extraordinary and in most places highly illegal speeds very quickly. But as ever with very powerful cars, the fact that it's available at all will be an enticement for many.

The 707’s Mercedes-AMG 4.0-litre V8 engine is the same as on the standard DBX, but, despite various tweaks to boost the power output, economy figures remarkably stay the same, though it should be noted we got just over 17mpg on admittedly mountainous roads while pressing on. With a 87-litre tank, that translates to an almost-EV-like range of 330 miles or so, which seems on the low side for a car that lends itself to grand touring. 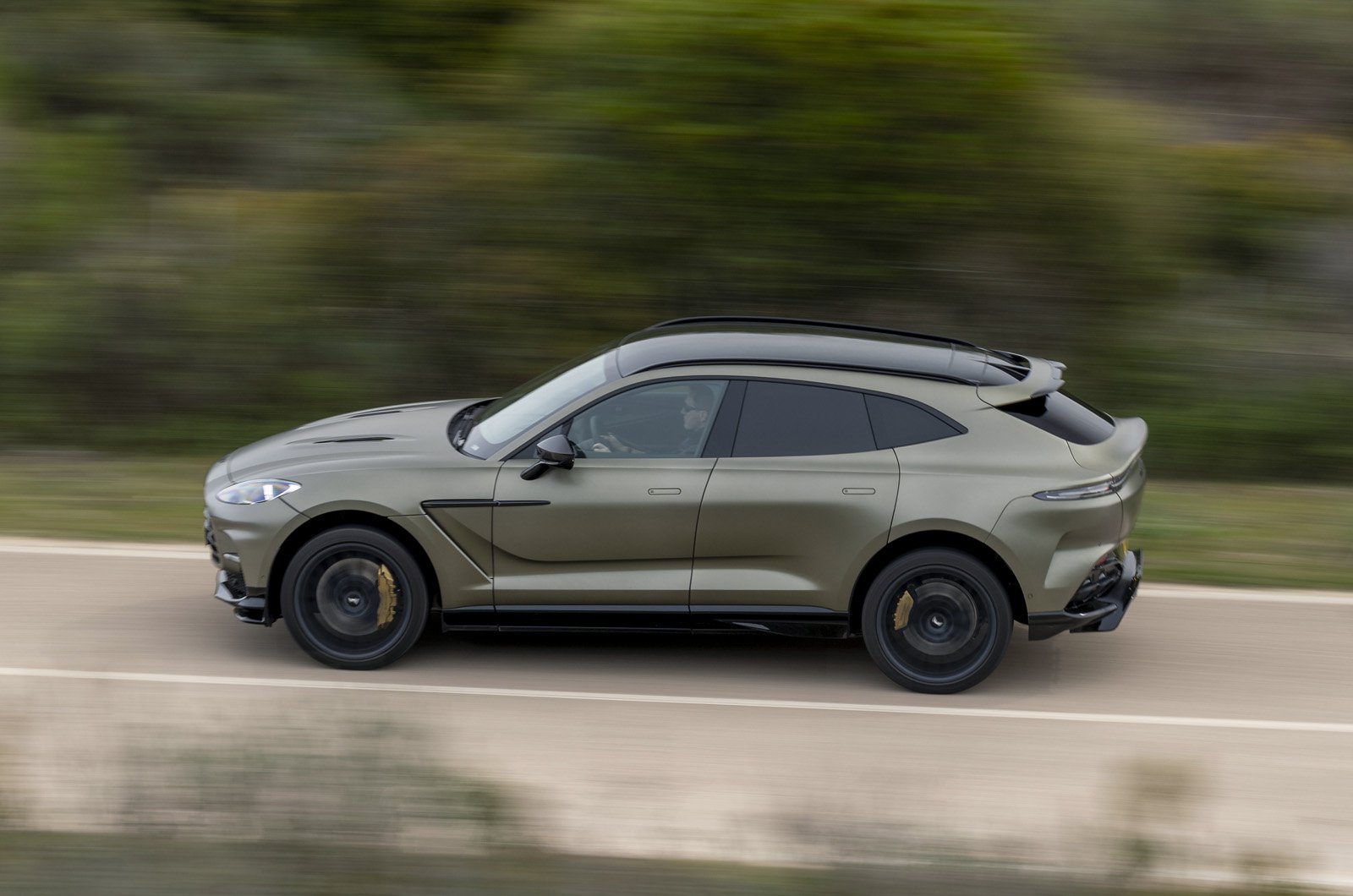 Even in the sportier driving modes where the suspension is tuned accordingly, it’s comfortable, delivering none of the jarring bangs and wallops that some sportier suspensions can deliver. And the sport-seats cosset without feeling encroaching, and deliver good support even on the winding roads of our test. Body control is exceptional, with none of the nausea-inducing sway that can result from mixing enormous power with a high driving position and winding roads – complete with the car’s strong grip levels that encourage and indeed flatter swift directional changes.

The engine lets itself be heard when nailing the throttle, yet the car feels serene at cruise in the ninth and highest of its ratios; incidentally unlike some of these modern multi-ratio transmissions, the gearbox is surefooted and always sure of the gear it should be in – and quick to change down when your right foot suggested it. Stopping is an important element in a heavy, powerful vehicle like this and the standard ceramic brakes deliver a lot of confidence. 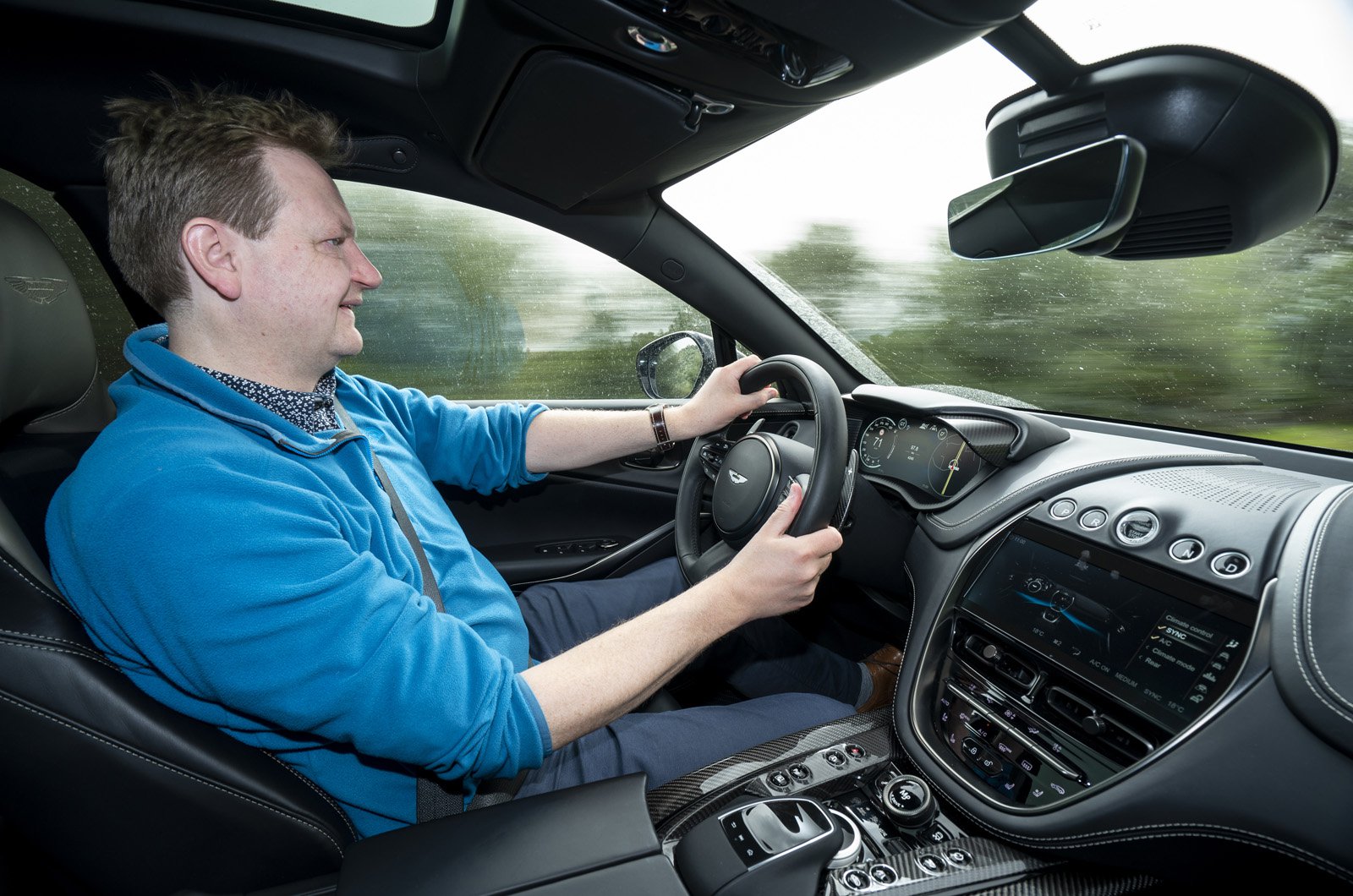 The 707 feels genuinely sprightly and sporty on the road and bears its hefty 2245kg kerb weight lightly, and that’s not simply because of all that power; precise, well-weighted steering helps a lot.  However, one factor that does intrude is the car’s width: at 2220mm across its wing-mirror tips, threading the car down narrow roads requires very close concentration, and more gingerly speeds.

While not such an issue on motorways, this is certainly something to bear in mind for the slender, congested and often complicated topography of major cities where most 707s will surely spend much of their time. Conversely, it probably won’t spend many periods off-road, though there is a ‘terrain’ mode for such conditions, but we didn’t a chance to test it in that environment. 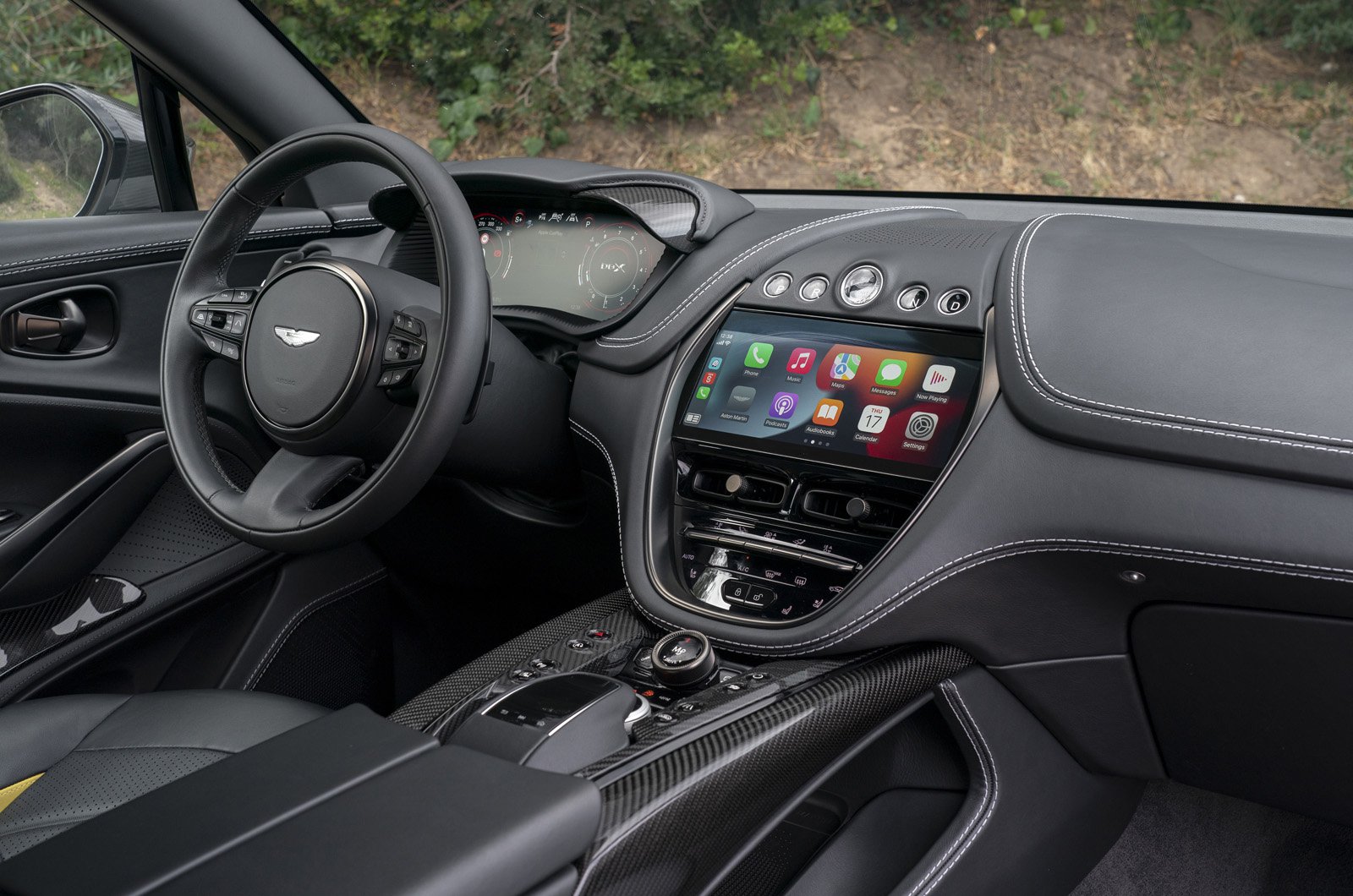 The interior can best be described as exquisite, with high quality leather, plastic and carbon-fibre abounding. And while journalists may observe switchgear and controls familiar from various Mercedes’, this kit largely works as well in this British car as it does in the German one. The car eschews the touch-screen trend – but any advantage from that distracting approach is tempered by touchpad controls in the centre console that are still tricky to direct when driving. Apple Carplay is thankfully supported, but not Android Auto.

Luckily, switches still control the most important functions – and indeed buttons direct the transmission – a long-term Aston feature which some may love, but others may prefer a more conventional gear-shift. Behind the steering wheel lies very large, solid-feeling paddles if the quick-shifting - changes are 40% faster than on the standard model - 'wet-clutch' 9-speed automatic gearbox isn’t enough for you.

As is often the case with cars of this ilk, it’s a shame that the car’s scale – it is just over five metres in length – does not translate to a vast interior in this five-seater. With the driver’s seat set for a tall driver, anyone sat immediately behind wouldn’t have much legroom. True, unlike many large saloons, luxury SUVs are usually driven by their owners, but those with tall and growing children should be aware.

The boot at 638 litres is decent enough, however, and a smidge larger than the Lamborghini Urus which is the 707’s most obvious chief rival. Standard equipment levels are high, so we doubt anyone would need to delve that deeply into the lengthy option list unless they really want to stamp their individual tastes on their car.

Otherwise, the DBX707's interior is just like the standard model, which you can read more about in our full Aston Martin DBX review.