Ford has let its social media followers design and name the limited run Puma ST Gold Edition. It might have gold wheels and a racing stripe, but is it really worth the extra money? We find out...

When the internet was previously trusted to name something, it campaigned to call a boat ‘Boaty McBoatface’ and a whale ‘Mr. Splashy Pants’. Its track record is so bad that most people wouldn’t even trust it to name their favourite house plant. That’s why Ford letting its followers on social media design and name this limited-run Ford Puma ST seems like utter madness.

Even so, steely-eyed Ford pressed forward, asking its followers on Twitter and Instagram what they thought the special Puma ST should be called and what colour key elements of the design should be. Nearly 300,000 people cast their votes and, while these things don’t usually go well, the resulting Puma ST Gold Edition is something special to behold.

The people of the internet decided that the 999 examples of the Gold Edition should feature Agate black paint, red brake callipers, 19in gold wheels and special body decals. On paper, that all sounds like it has the potential to be a garish mess, but Ford has executed it in a subtle way that actually lifts the aesthetic without cheapening it. 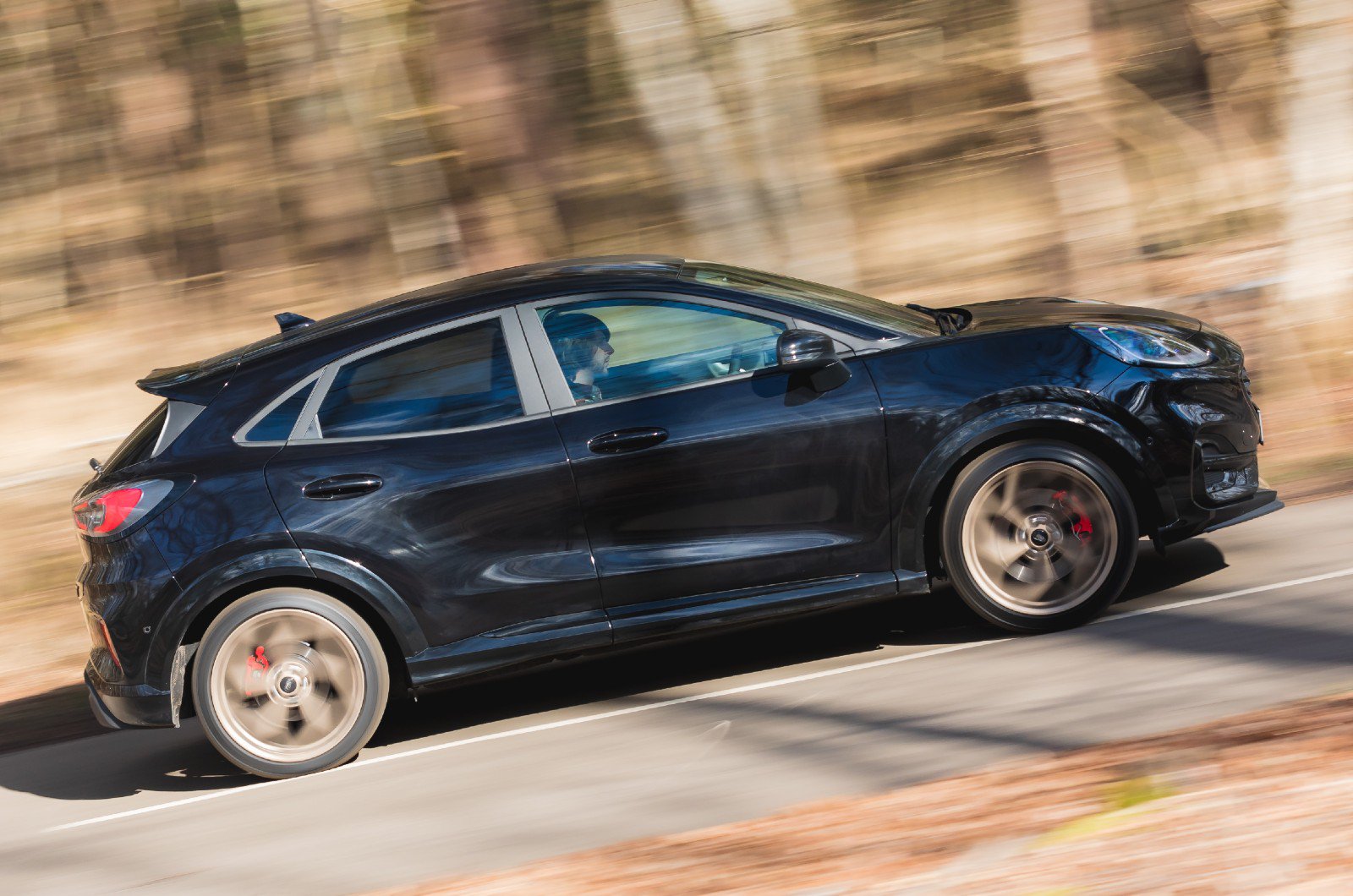 Even so, you can’t avoid the fact that, underneath, you’re still paying extra money for a Puma ST with the optional ST Performance pack, which adds a limited-slip differential, launch control and a performance shift indicator. That’s not a bad thing, because we rather like the standard Puma ST – so much so that we named it Sports SUV of the Year at our 2022 Car of the Year Awards.

Unfortunately, by the time Ford managed to get a Gold Edition to us, all 999 cars had already been sold, so you can no longer buy a bespoke one from Ford. A quick search of the classifieds, however, returned plenty for sale with very few, if any, miles on them, so you can still get one. The question is: should you pay the extra for a Gold Edition or just stick to the standard Puma ST? Let’s find out.

The Ford Puma ST Gold Edition gets the same 1.5-litre three-cylinder turbo engine as a standard Puma ST and – despite the racing stripe – it still creates 197bhp and 236 lb ft of torque, for an official 0-62mph time of 6.7sec.

We have no reason to doubt that time, given how muscular the Puma ST feels from low revs and how it pushes you into your seat as the turbo kicks in. You certainly won’t be disappointed during spirited driving, and the Gold Edition feels quick, with reassuringly predictable responses.

If you’re just after straight-line speed, the Hyundai Kona N feels even faster, sprinting from 0-62mph in just 5.5sec, but that suffers from slower throttle response than the Puma ST and more aggressive torque steer (when the driven wheels struggle for grip and pull the car to the left or right). 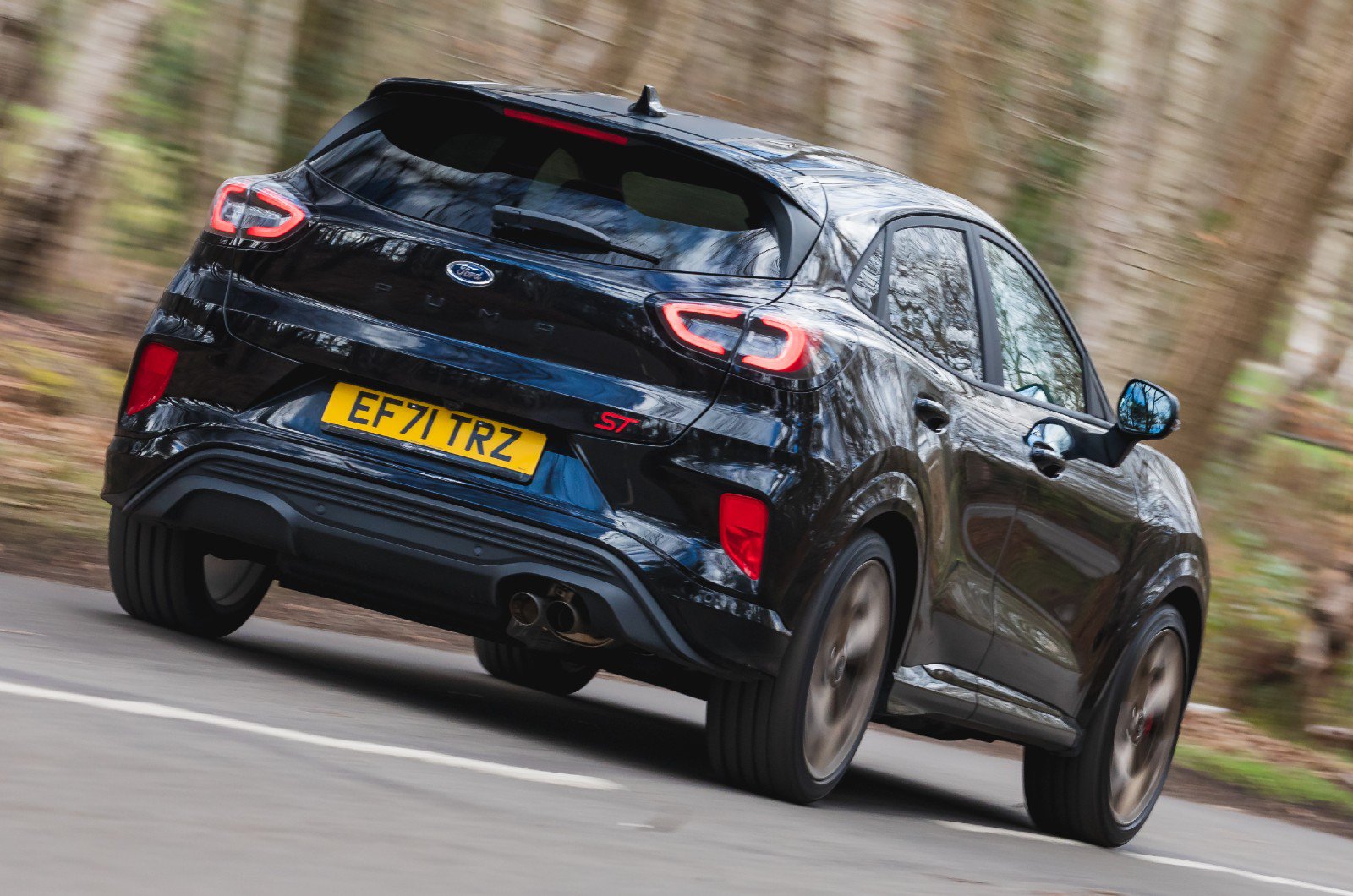 The Puma ST Gold Edition is also more involving and generally better to drive. For starters, the Kona N comes with a dual-clutch automatic gearbox, where the Puma ST gets a six-speed manual 'box with a short throw between gears and well-chosen gear ratios. It’s a pleasure to use.

Then there’s our favourite thing about the Puma ST: the handling. It’s such an enjoyable thing to drive that you’ll find yourself actively hunting for corners to experience the thrill time and time again. It helps that the handling is predictable and, as a result, it promotes confidence and encourages you to have some fun.

The goodies added by the ST Performance pack are key to that predictability, making them welcome standard features on the Gold Edition. In fact, the pack is an option that we already suggest adding to the standard Puma ST.

To get a more in-depth insight into what the Puma ST Gold Edition is like to drive, take a look at our dedicated Ford Puma ST review.

Save for some subtle detailing, the recurring theme of similarity continues on the inside and the Puma ST Gold Edition’s interior is largely the same as the standard Puma ST’s. Again, that isn’t a bad thing – we rate the standard car’s interior highly.

The main difference is the gold stitching that appears on the seats, steering wheel and dashboard. You also get a small plaque on the centre console that says which number out of the 999 examples your car happens to be. 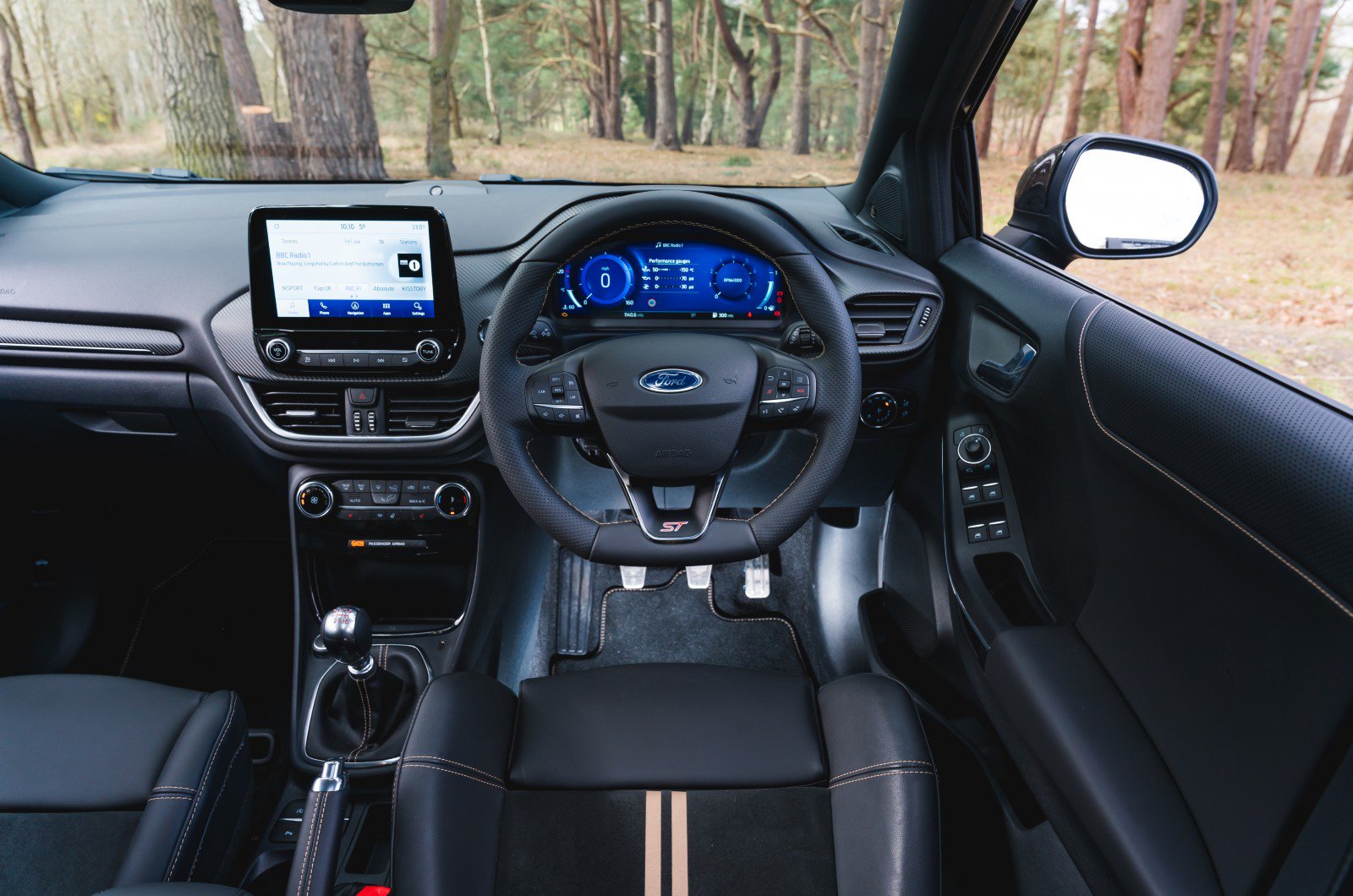 Ford has also replaced the Recaro bucket seats we’re used to seeing in the Puma ST with new, Ford branded bucket seats (the same ones we’ll likely see in the facelifted Ford Fiesta ST and Ford Focus ST). They’re a different design and shape for 2022 but they’re incredibly supportive and surprisingly comfortable on even a long drive. The adjustable lumbar support definitely helps.

If you want to know more about the Puma ST’s interior and how practical it is, we have a whole section about it in our Puma ST review.