More for you |
Most and least reliable family carsWhat to do if you put the wrong fuel in your carVolkswagen Passat GTE long-term test reviewNew issue of What Car? magazine on sale nowTrue MPG: most efficient SUVs
Home
News
Aug 2: Engine failure out of warranty
news

Aug 2: Engine failure out of warranty

* Have you got a problem? * Our team is here to help * Submit your questions here... 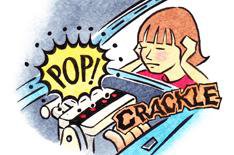 The Helpdesk postbag bulges with letters from people whose cars have broken just outside the warranty period.

Karen Bimpson had just this experience with her Peugeot 207. The car was bought from Richard Rhodes Peugeot in Wigan, who also serviced it.

Prior to its MoT test on March 24, I highlighted problems with the engine making a strange noise and not starting properly in the mornings,' says Karen. I was told the engine was fine.'

Just over a month later and only weeks after its warranty had expired the car was booked in again after Karen heard cracking noises from the engine. She was told to expect a bill of around 5000 for a replacement engine.

• Keep an open mind as to the cause of a leak.
• Ask the manufacturer to consider a goodwill payment on a car just out of warranty.
We contacted Peugeot and asked if the noises reported earlier could have been better investigated and the failure prevented.

Peugeot told us there were no records of Karen raising concerns about the engine and that the dealer's inspection showed the oil level was low. A Peugeot spokesman said: I'm also told that the car doesn't need a new engine, so all Mrs Bimpson needs to pay is half the cam chain/tensioner costs and the costs to strip the engine.'

Karen has accepted Peugeot's offer, but is adamant the oil was regularly checked. The final bill will now be about 100, not 5000.