With electrified cars now coming in all shapes and sizes – and available to suit every budget – we’ve named the best models in every class. Here we look at the best electric luxury SUV... 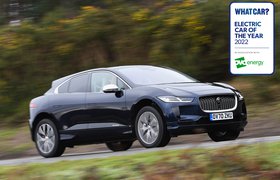 Being a show-off is not generally considered to be an attractive attribute, but in the world of car design, the opposite is often true. Take the BMW i3, for example. Launched in 2014, BMW’s first electric vehicle (EV) was a high-tech showcase of everything the brand could do. And with its radical styling, fancy rear-hinged back doors and recycled interior trim, it showed that EVs could be more than just white goods; they could be fun and desirable.

Considering the i3’s impact on the EV world, it’s hard to believe that it has taken BMW nearly a decade to do another purpose-built electric car, but the good news is that it has been worth the wait.

With lessons learned from the i3, the BMW iX is made from exotic materials such as plastic reinforced with carbonfibre. This reduces how much the car weighs, allowing it to go farther between charges than rivals. Meanwhile, the fact that our favoured xDrive50 model comes with a huge, 105kWh battery also helps with this. 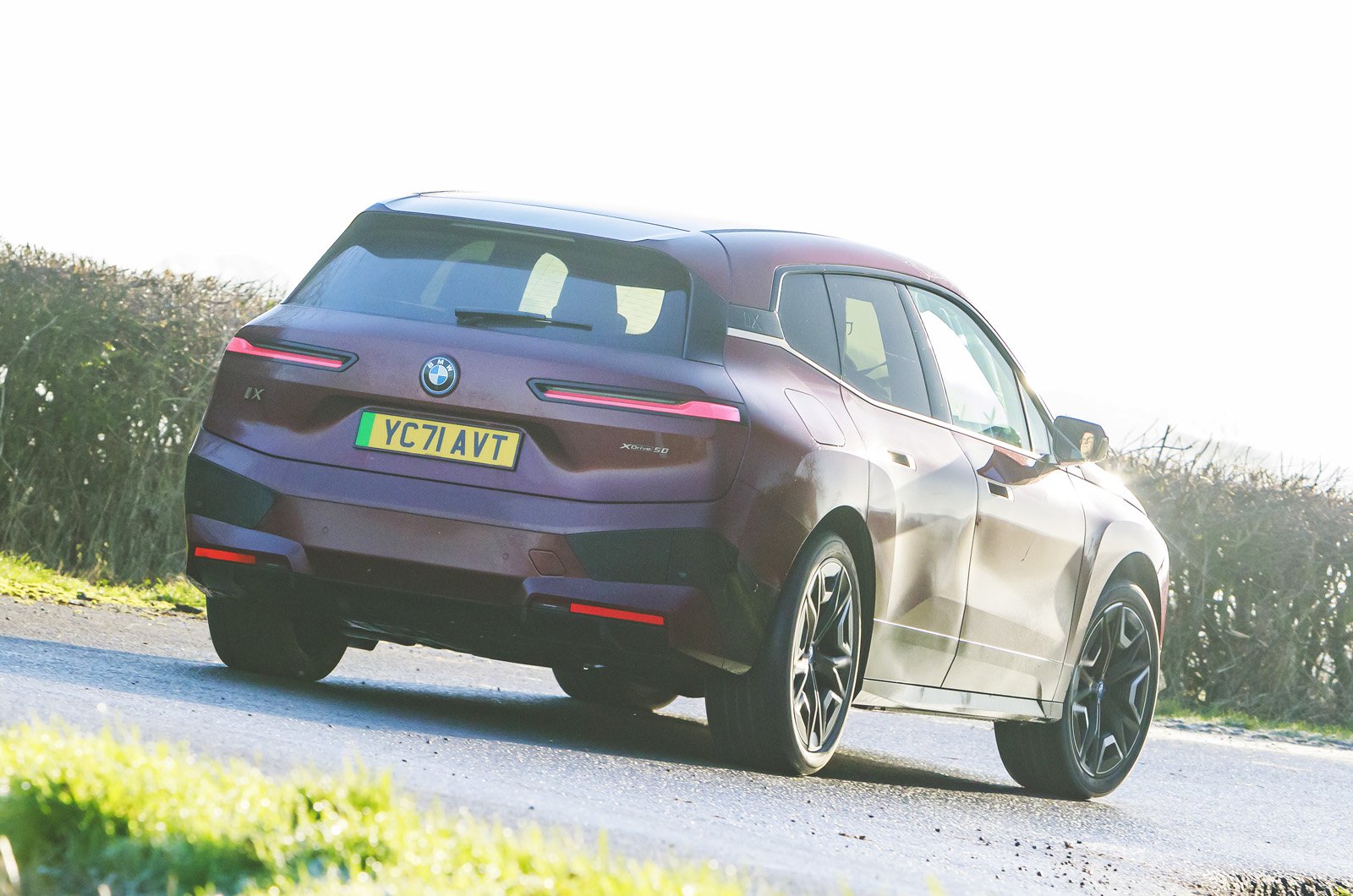 Indeed, the iX is officially capable of up to 380 miles between charges – eclipsing what all of its rivals can manage and enough to get you from London to the Lake District without having to top up.

And we suspect you won’t want to stop there, because this side of a Rolls-Royce Cullinan, you’d be hard pressed to find a more cosseting cruiser. Long trips can be made in near-silence and excellent comfort, thanks to the air suspension that’s standard on this version; the ride is a match for the Audi E-tron’s, and the iX is even quieter than that car.

What’s more, this relaxed ambience is supported by the iX’s lounge-like interior. Everywhere you look, first-class materials abound, including sustainably sourced wood, microfibre fabrics and pleasingly tactile-feeling recycled plastics. It’s distinctly premium, blending some of the visual appeal you get in a Mercedes EQC with the build quality of the E-tron. 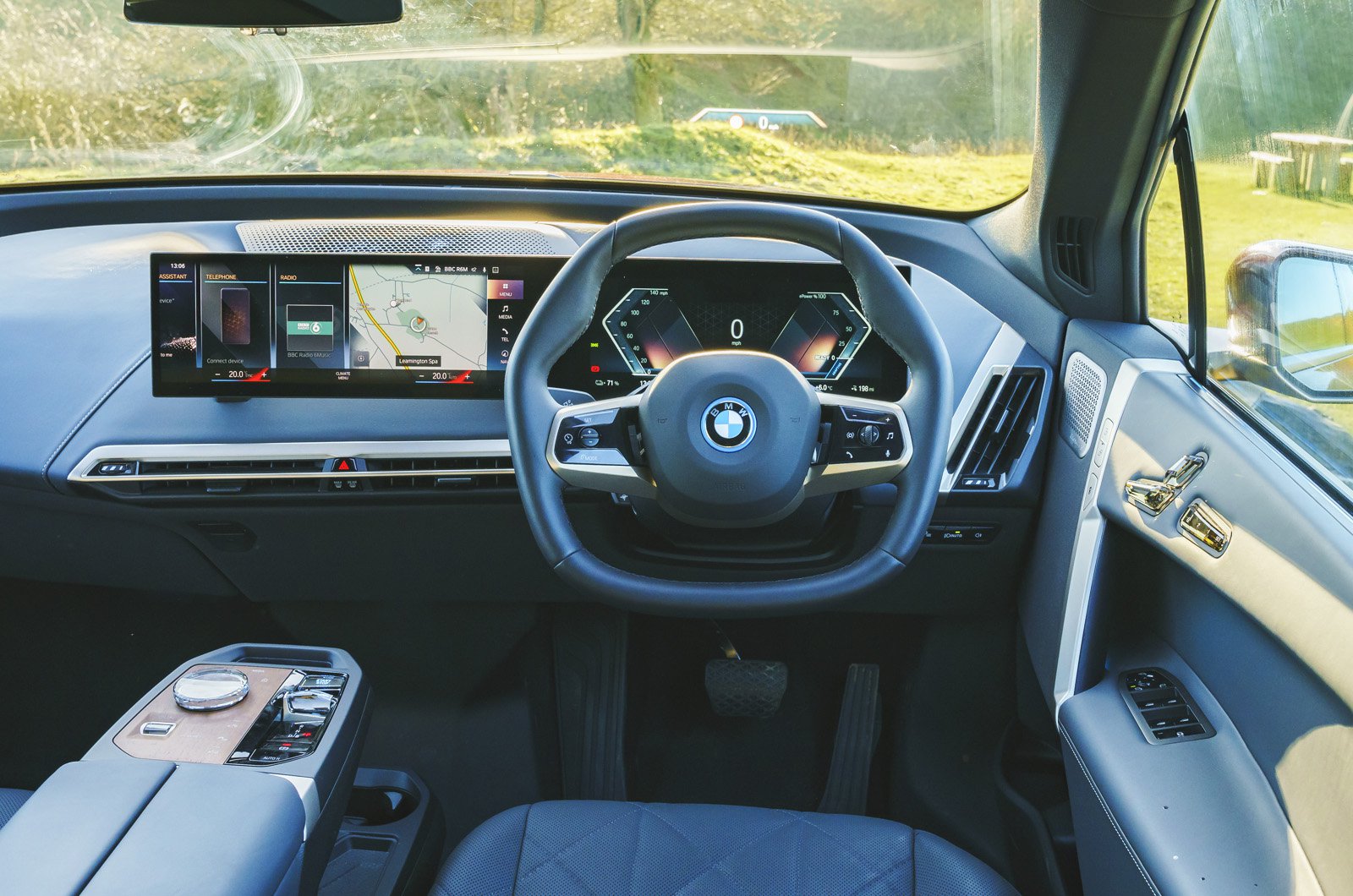 We’re also delighted to see that there’s still a proper dial between the front seats for controlling the 14.9in infotainment screen when you’re driving; this is far less distracting than touchscreen-only systems.

And because the iX has been designed from the ground up to be an EV (unlike the smaller BMW iX3), the floor of the interior is completely flat. This, combined with the interior’s generous width and a high roof, means that there’s plenty of space for three rear passengers to sprawl out.

Factor in a packed equipment list and slow predicted depreciation and all-electric luxury motoring doesn’t get any more appealing.