With electrified cars now coming in all shapes and sizes – and available to suit every budget – we’ve named the best models in every class. Here we look at the best hybrid luxury SUV... 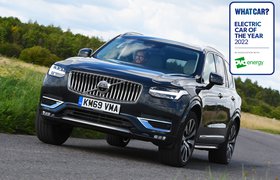 If the BMW X5 xDrive45e were an International Rescue vehicle, it would be Thunderbird 2 – not because it’s green with a yellow stripe (although BMW would probably paint it like that if you paid enough), but because it’s incredibly versatile.

For starters, this huge plug-in hybrid SUV can travel for up to 52 miles on electric power before it needs to use its petrol engine at all. That not only means it has the potential to save you a fortune in fuel, but also helps it qualify for a low, 8% benefit-in-kind tax rating. By comparison, company car drivers who choose an equivalent Audi Q7 or Porsche Cayenne will be taxed at 12% and 14% respectively.

True, the 45e won’t be as efficient as a diesel X5 once its battery has run flat, but if you enter your destination into the sat-nav, the hybrid system is clever enough to juggle between power sources to maximise economy on your trip. For example, if you’re starting on the motorway and finishing in the city, the 3.0-litre petrol engine will take most of the strain at the start so there’s enough battery power left over for the urban sections to follow. 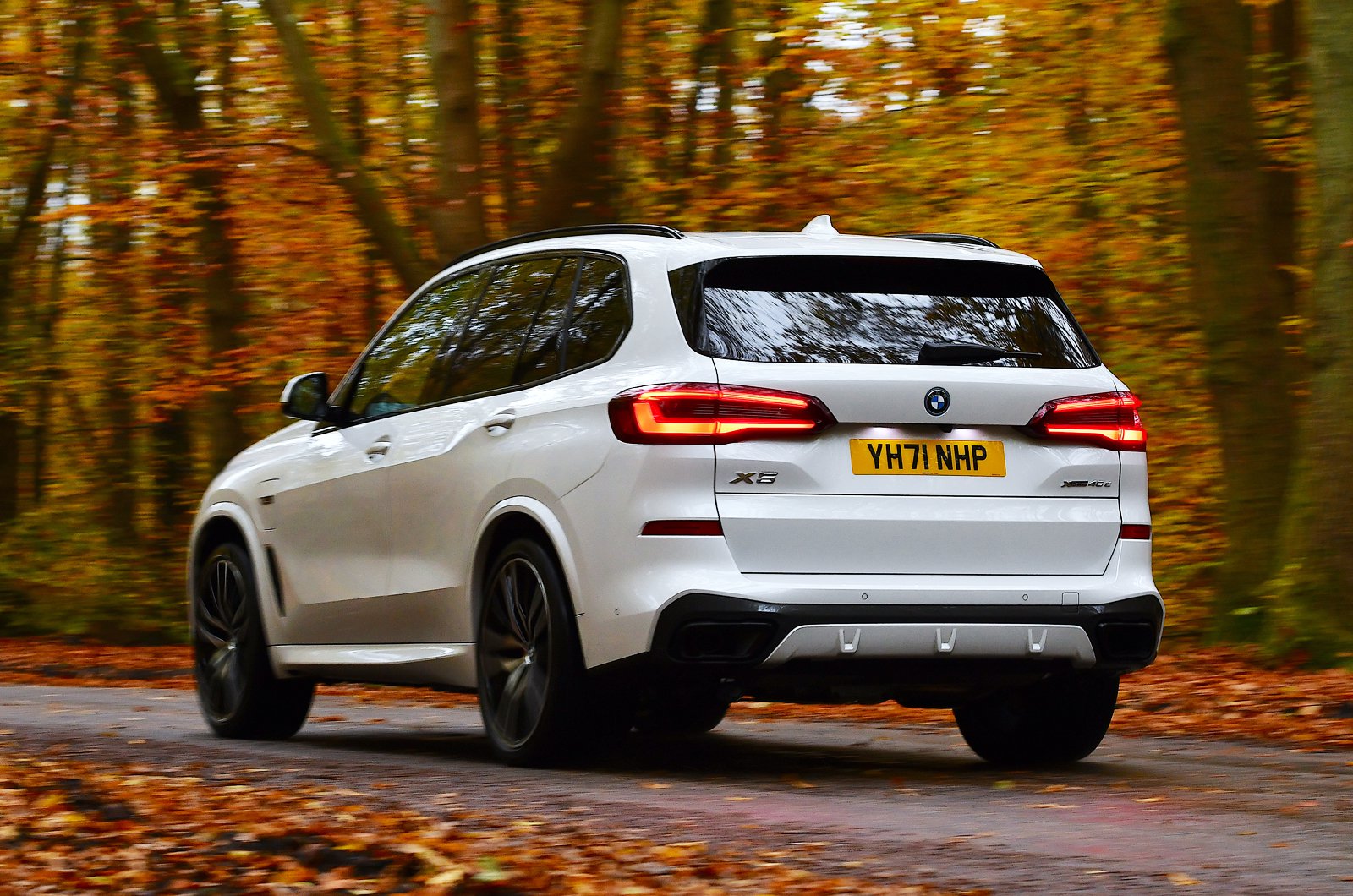 Don’t go thinking that this is an SUV that’s all about parsimony, though, because it’s also great at pampering. Finding a comfortable driving position is a doddle, thanks to a hugely supportive seat that moves every which way electrically, and lets you save your preferred settings.

You also sit high enough to make an HGV driver feel at home, while the interior is beautifully finished and BMW’s infotainment system continues to set the standard for ease of use, despite being loaded with features.

Refinement is another strength. You’re brilliantly isolated from wind noise, despite the X5’s bluff shape. Meanwhile, the eight-speed automatic gearbox shifts almost imperceptibly, and the engine is quieter than the Volvo XC90 T8’s when it fires into life, as well as more tuneful when you rev it. 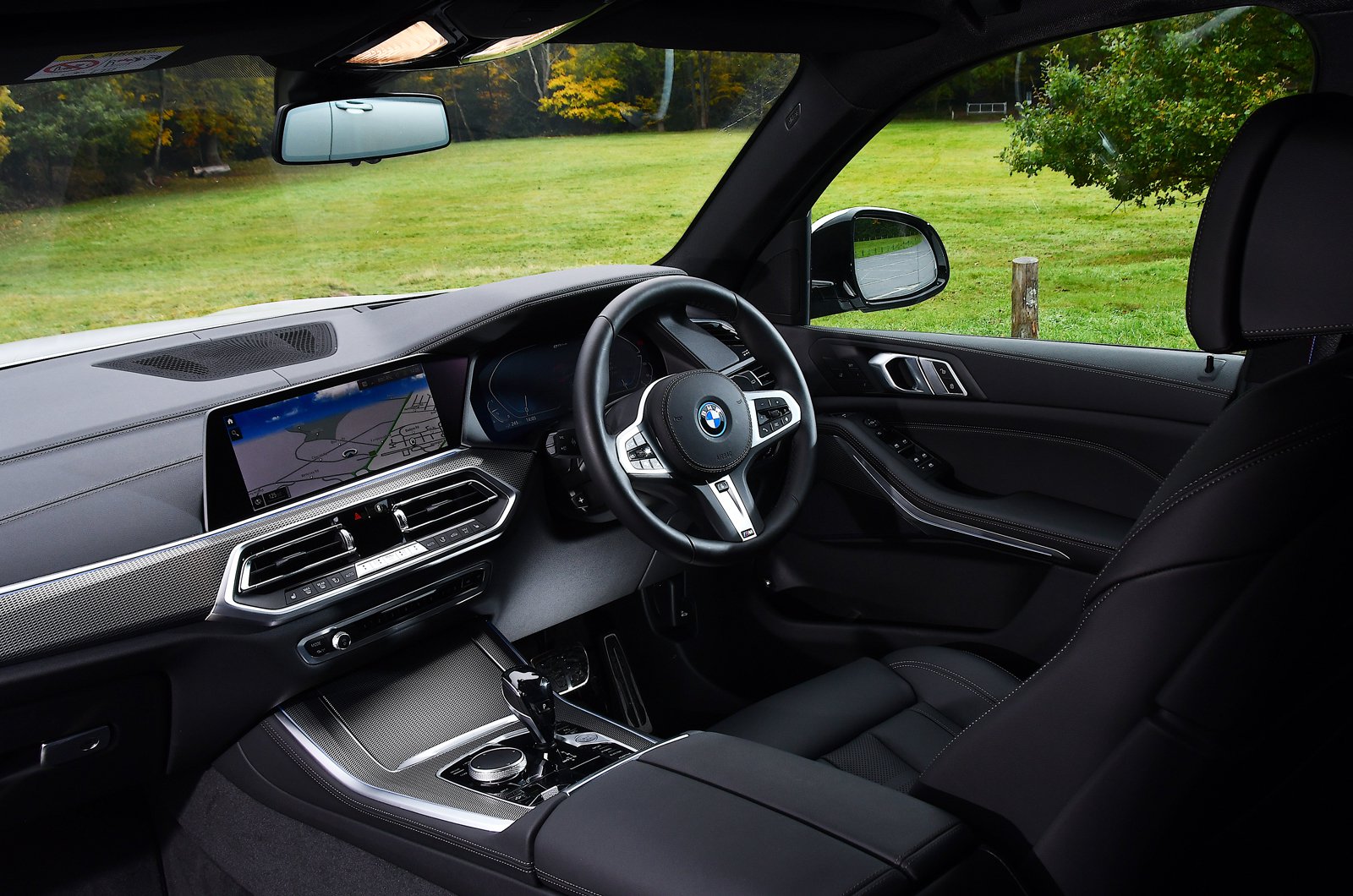 It also makes the 45e quick enough to out-accelerate plenty of hot hatches. And the X5’s air suspension is beautifully judged, giving it a more comfortable ride than the XC90 yet sharper handling than the Q7. The only rival you might choose over it for driving pleasure is the Cayenne.

The only real disappointment is that, unlike the XC90 and other versions of the X5, the 45e can’t be specified with seven seats due to the need to squeeze in its hefty, 24kWh battery. Nonetheless, it’s still very practical, with loads of space for five people and a boot that will swallow pretty much everything short of Thunderbird 4.