* Diesel Honda Civic joins the What Car? fleet * Run by senior sub-editor Rob Keenan * We're living with it for the next six months... 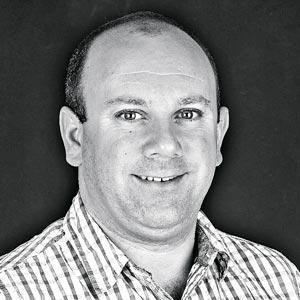 The Honda Civic is the latest example of engine downsizing. What's that? It's something that just about every mainstream manufacturer has been focusing on ever since the EU introduced annual CO2 emissions targets and fines if those targets aren't met.

Dinky petrol engines are getting most of the press at the moment (we've got two examples from Ford and Volkswagen on our long-term test fleet), but that's about to change with the Honda Civic's latest diesel unit.

The 1.6 i-DTEC was launched to great fanfare earlier in the year. It's currently available only in the Civic and sits alongside the 2.2 i-DTEC. The smaller engine's power has also been downsized (to 118bhp compared with the 2.2's 148bhp), but torque is a healthy 221lb ft (vs 258lb ft), while the average economy figure is anything but tiny at a frankly ridiculous 78.5mpg. Then again, our True MPG team have put it through its paces and recorded a frankly amazing 66.4mpg in real-word testing.

That's not all. CO2 emissions are 94g/km, so annual road tax won't cost you a penny and it means the Civic is exempt from the London Congestion Charge.

So you probably won't be too surprised to know that the 1.6 i-DTEC has usurped the 1.8 i-VTEC as our pick of the range, which is why we've decided to run one for the next six months.

In our March issue we put this new model up against petrol, hybrid and diesel versions of the Ford Focus, Toyota Auris and VW Golf, and the Honda was left licking it wounds after finishing last. That car was in base SE trim (we criticised it for its stingy kit), so this time round we've gone for ES-T spec. At 21,590, it costs an extra 2190 over SE, but adds a leather-trimmed steering wheel, auto wipers and lights, Bluetooth connectivity (on top of the USB socket), front foglights, dual climate control, a reversing camera (but no sensors), electric folding door mirrors, cruise control, a six-speaker stereo (instead of one with four speakers) and touch-screen sat-nav. That's a more respectable roster of kit. White Orchid pearlescent paint and floor mats brought the price as tested up to 22,165, which is pretty pricey for a small family car.

Incidentally, you can save yourself 995 by opting for ES trim, which dispenses with the sat-nav, but gets everything else.

One area where the Civic did excel in our group test was running costs. It was the cheapest to run over three years, with respectable depreciation, free road tax and the second-lowest fuel costs. Our car's higher list price over SE trim means company car drivers pay 47 a month, while the typical contract hire monthly charge is a reasonable 265.

My first impressions are largely good. The boot is huge and has an underfloor well. The front seats are comfortable soft yet supportive; taller drivers have commented on the short squab, but it doesn't bother 5ft 7-inch me. The driving position itself does, though. The seat doesn't go low enough and the steering wheel sticks out too far, but the chunky, leather-trimmed wheel feels great in the hands. Our road test team didn't like the fact that the test car's instruments reflected in the windscreen at night, but it's something I've yet to notice, while I know I'm also in the minority when I say that I quite like the Civic's 'fussy' split-level displays. That'll be the sci-fi fan in me.

On the road, the shortage of feel through the helm doesn't inspire much confidence through a series of bends, but the steering itself is reasonably quick and the 1.6 engine is 50kg lighter than the 2.2, so the car feels pretty nimble in comparison. A short-throw gearlever and slick gearchange makes it easy to keep the engine on song, although refinement isn't the 1.6's strong suit, so it's best to keep it below 3000rpm. In any case, maximum torque is developed at 2000rpm, so there's no need to rev it too hard.

With fewer than a thousand miles on the clock, it's too early to talk much about our car's economy, but the trip computer's been showing 62mpg on a couple of brisk-ish motorway trips. I've got a nasty feeling that it's telling big fat porkies, though, because my early calculations say I'm achieving only 52.5mpg. Let's hope that improves as the miles pile on.