The plug-in hybrid version of the 508 combines a petrol engine with an electric motor, and offers an electric-only range of around 39 miles, putting it in direct competition with Volkswagen's impressive Passat GTE, as well as the Skoda Superb iV. When running on electric power alone, acceleration from a standstill is brisk and motorway speeds are handled with ease. Just don’t expect Tesla-like acceleration from the single 108bhp electric motor. When the 1.6-litre turbocharged petrol engine joins in, 0-62mph takes 8.3sec, which isn’t quite as quick as its Skoda and BMW plug-in rivals manage it.

The 1.5-litre diesel engine (badged 1.5 BlueHDi 130) only produces 128bhp and is the only engine that’s offered with a manual gearbox. Unfortunately, it feels underpowered enough to make joining a motorway or overtaking more stressful than it should be. We have yet to try the 2.0 BlueHDi 160, but the 174bhp 2.0 BlueHDi 180 has strong performance, with 0-62mph taking the same 8.3sec as the hybrid. It doesn’t feel much more brisk than a 2.0 TDI 150 Superb, though.

For those who favour petrol power, the 179bhp 1.6 Puretech 180 is smooth, responsive and a more spirited performer than the diesels, and this makes it our pick of the range. The caveat is that it doesn't pull quite so well from low revs, so you have to work it harder. The Puretech 225 is noticeably speedier, but isn’t worth the considerable extra expense.

The manual gearbox of the BlueHDi 130 is disappointing; there’s a long, notchy action between its six gears. Fortunately, an eight-speed automatic gearbox is optional, and is standard with all the other engines. The automatic is generally impressively smooth and responsive, but can be hesitant around town and this failing isn’t helped by the start/stop system, which is overly intrusive in operation.

When paired with the hybrid engine, it gets particularly flustered if you ask for a sudden burst of acceleration – it can dither around trying to decide on a gear. The hybrid is otherwise quiet and smooth, particularly in electric mode, but the transition when the petrol engine kicks in isn’t as smooth as you’ll experience in the Skoda Superb iV or BMW 330e. After that it behaves like the other Puretech petrol engines; smooth enough in normal use but rather coarse at the top of the rev-range. The BlueHDi 130 diesel is certainly noisier, partially because it needs working rather hard, but the BlueHDI 180 is refined for a diesel in this class.

Adaptive suspension is optional for most models and standard on range toppers, and is linked to four driving modes: Eco, Sport, Comfort and Normal. Comfort and Normal tend to introduce a floating sensation over the crest of bumps at speed, particularly in the hybrid, while Sport increases the steering weight and stiffens the dampers, but the differences are small. Regardless of setting, the 508 fidgets over road imperfections at all speeds; the Skoda Superb is far more forgiving of poor road surfaces. Cars without the adaptive suspension are set a little on the firm side and fidget noticeably, too.

The upside of the 508's firm set-up is that it resists body lean well in corners, in addition to gripping the road like a limpet. Its steering can’t match the precision of that of the BMW 3 Series, Ford Mondeo or Mazda 6, though; you end up sawing at the wheel quite a bit and it’s less enjoyable to drive than these rivals as a result. 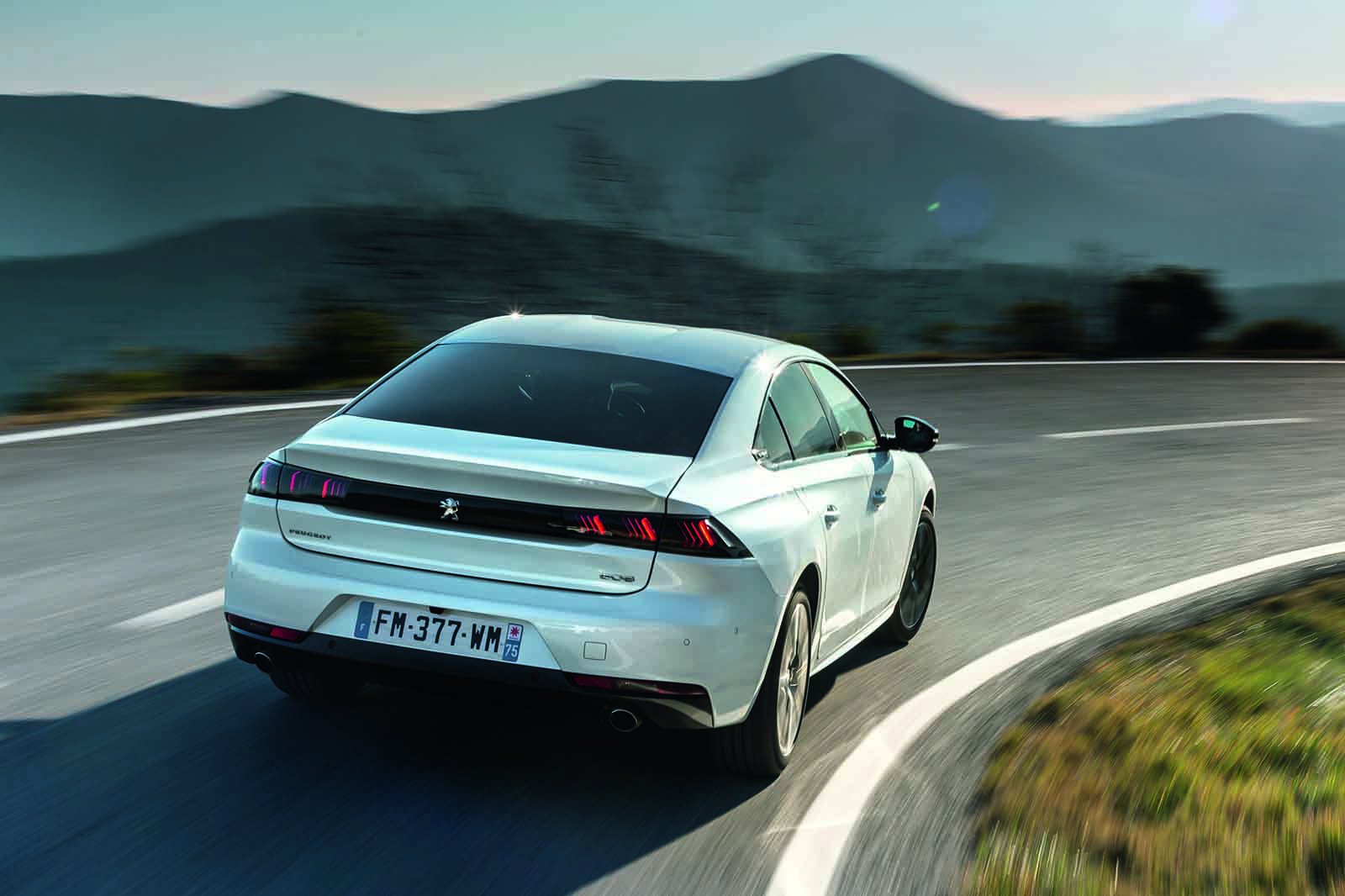