For a big van, the Master is capable of an impressive turn of pace.

The 2.3-litre engine comes in 133bhp, 147bhp and 178bhp power outputs on front-wheel-drive vans. The latter is astonishingly quick for a big van, thanks largely to its 295lb ft of torque. Rear-wheel-drive models get a slightly different set of power ratings, at 128bhp and 143bhp.

The Master doesn't ride as well as a Volkswagen Crafter, being a little crashy when completely empty. However, it does settle down once you've put some weight in the back. It's also impressively stable at motorway speeds for a high sided vehicle.

Compared to the Ford Transit, the Master's steering is a little on the light side and has a relatively low rate of response. This makes the Master difficult to place on country roads. More impressive is the manual gearbox, which has a reassuringly firm action. There’s an option for a Quickshift six-speed automatic on the 147bhp and 178bhp front-wheel-drive models, although we’d steer clear of it as it tends to shunt ponderously through the gears.

The seating position is ideal for a big van, and the large mirrors make visibility in all directions a doddle. The seat is also one of the better ones in the segment; it is supportive and comfortable even after a long time at the wheel. 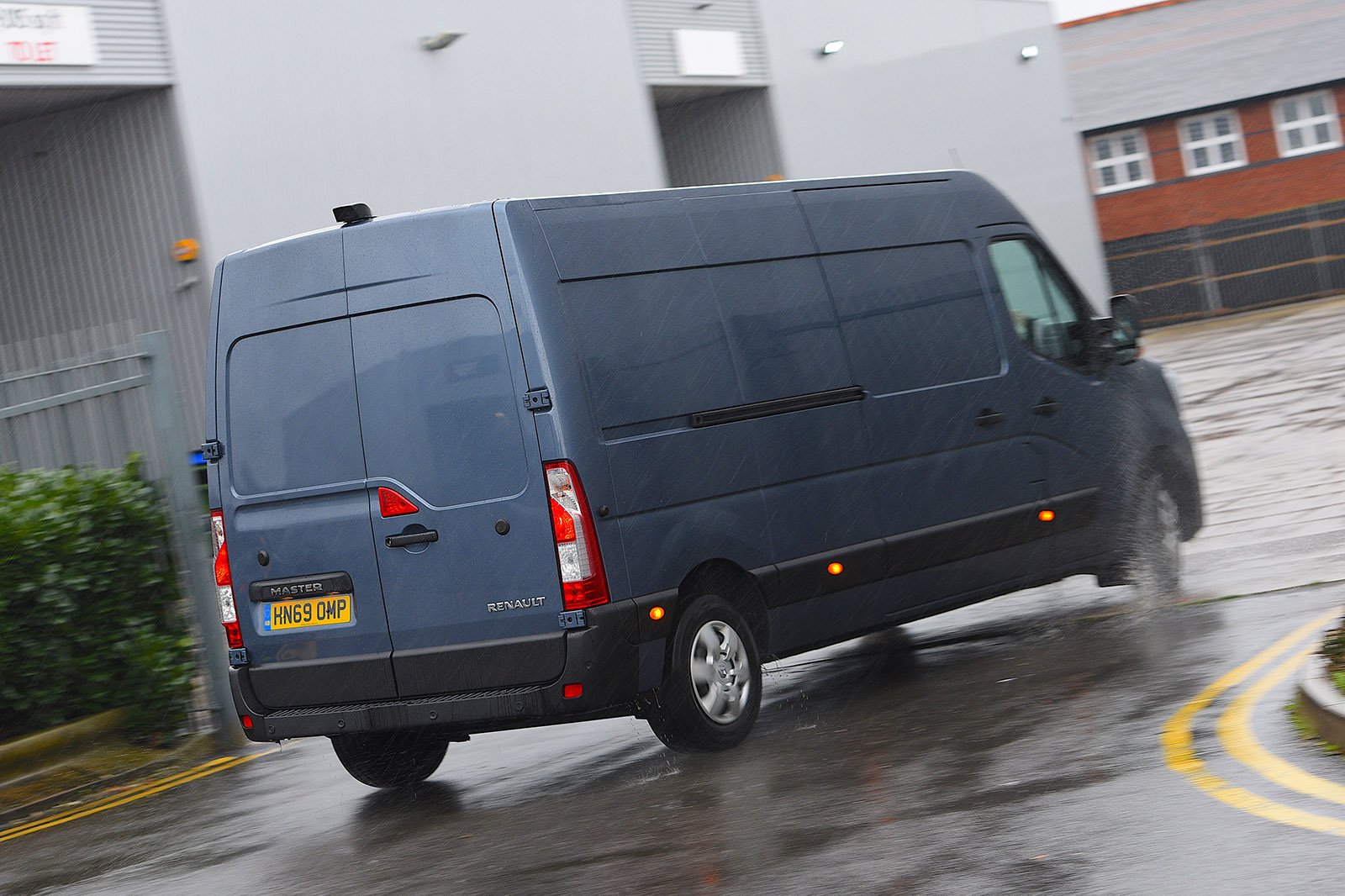