The 1.2-litre petrol Dualjet engine’s 82bhp may sound modest, but the Suzuki Ignis certainly doesn't feel lacking in power, thanks in part to how its hybrid system helps out at low engine speeds. That means there’s enough pull from low revs that you don’t have to keep changing gear to make decent progress unlike an entry-level Dacia Duster, a Toyota Aygo or Volkswagen Up, and, when you do need to use the Ignis's five-speed manual gearbox, it is precise enough to make the experience rather enjoyable; we have yet to try the optional automatic gearbox, though.

Unfortunately, other mechanical areas of the Ignis are less accomplished. Take its braking performance; it took 8.3m farther to stop from 70mph than a Kia Picanto X-Line. At least unlike some other mild hybrids, it's easy to come to a stop smoothly with the easy-to-judge brake pedal.

The steering, meanwhile, is inconsistently weighted, tending not to self-centre at town speeds, and the wheel can jerk noticeably if you encounter a sharp mid-corner ridge. There’s also much more body roll than you'll encounter in the best-handling city cars, such as the Kia Picanto and the Volkswagen Up, but it certainly feels more agile than the Duster.

Still, the Ignis's low weight and compact dimensions help it at least feel manoeuvrable, and grip levels are reassuring. Its real trump card, though, is that you can opt for four-wheel drive to allow the Ignis to be taken off road. Okay, Suzuki's Allgrip technology is designed to help the Ignis cross muddy fields rather than traverse mountain ranges, but the fact that it's available in such a small car is impressive, as is the fact that it brings proper SUV gizmos such as hill descent control. It has nowhere near the ground clearance of the Duster, though, and this will limit how far you can take it off-road, but it’ll climb a far steeper dirt hill than its front-wheel drive small SUV rivals.

How does it ride? Well, the Ignis’s soft suspension set-up translates to a generally comfortable ride, acting to cushion wavy dips and crests. But the effect is marred by constant fidgeting over scruffy town roads and a thwack that reverberates through the body if you stumble across a sharp-edged pothole.

Refinement on the move is a mixed bag. The Ignis’s engine is always audible but never coarse, emitting a pleasantly sugar-coated note even when thrashed. Road noise at 70mph is apparent, but it’s the wind noise gusting around the windscreen pillars and door mirrors that’s most irksome on a prolonged jaunt along the motorway. 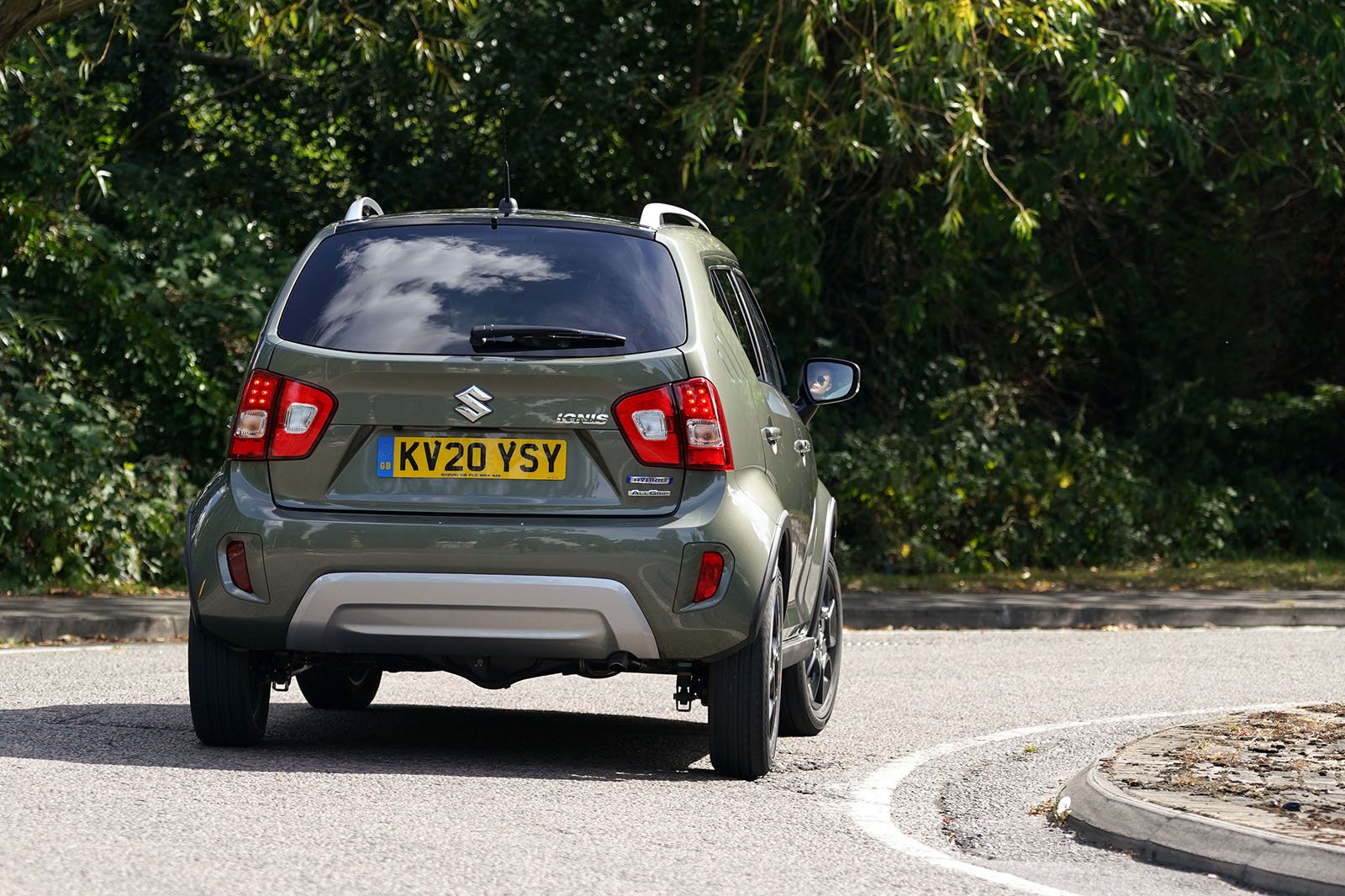