The roominess of the Suzuki Ignis depends on how you perceive it. Strictly speaking, it’s a small SUV, by which measure it’s comprehensively thrashed by the Skoda Kamiq when it comes to interior space. However, many people will look at the dinky Ignis as an alternative to a city car and, by that barometer, it’s big.

The Ignis does something quite incredible given its tiny dimensions, comfortably accommodating four adults. While that’s getting to be quite common amongst small SUVs, it’s unheard of in the smallest of city cars. Going for the entry-level SZ3 trim gets you five seats, but, in truth, you’ll struggle to get five adults onboard, due to the narrowness of the rear bench. Our suggestion is to opt for SZ-T trim, which only packs four seats but allows the rear two to individually tilt for comfort and slide backwards and forwards to prioritise boot space or leg room as required. However, no matter how you position the rear seats, you’ll find bags more rear leg room in the Kamiq, while the wide Volkswagen T-Cross is better if you’re regularly five up.

Behind the rear seats there’s a decently proportioned boot. This is much bigger than the average city car can muster, if much smaller than other small SUVs such as the Ford Puma or Skoda Kamiq, but its pronounced load lip can be awkward when you need to heave heavy items in. Also awkward is the step that’s formed in the boot floor when you fold the rear seats (60/40 split on the five-seat SZ3, 50/50 on all other models); this makes it difficult to slide heavy or bulky items towards the front of the car.

Be warned that, due to the space required for fitting the four-wheel-drive gubbins in the Allgrip version, its boot is about 20% smaller than that of the standard version – it’s smaller, in fact, than that of a Volkswagen Up, at least with the rear seats slid all the way back. 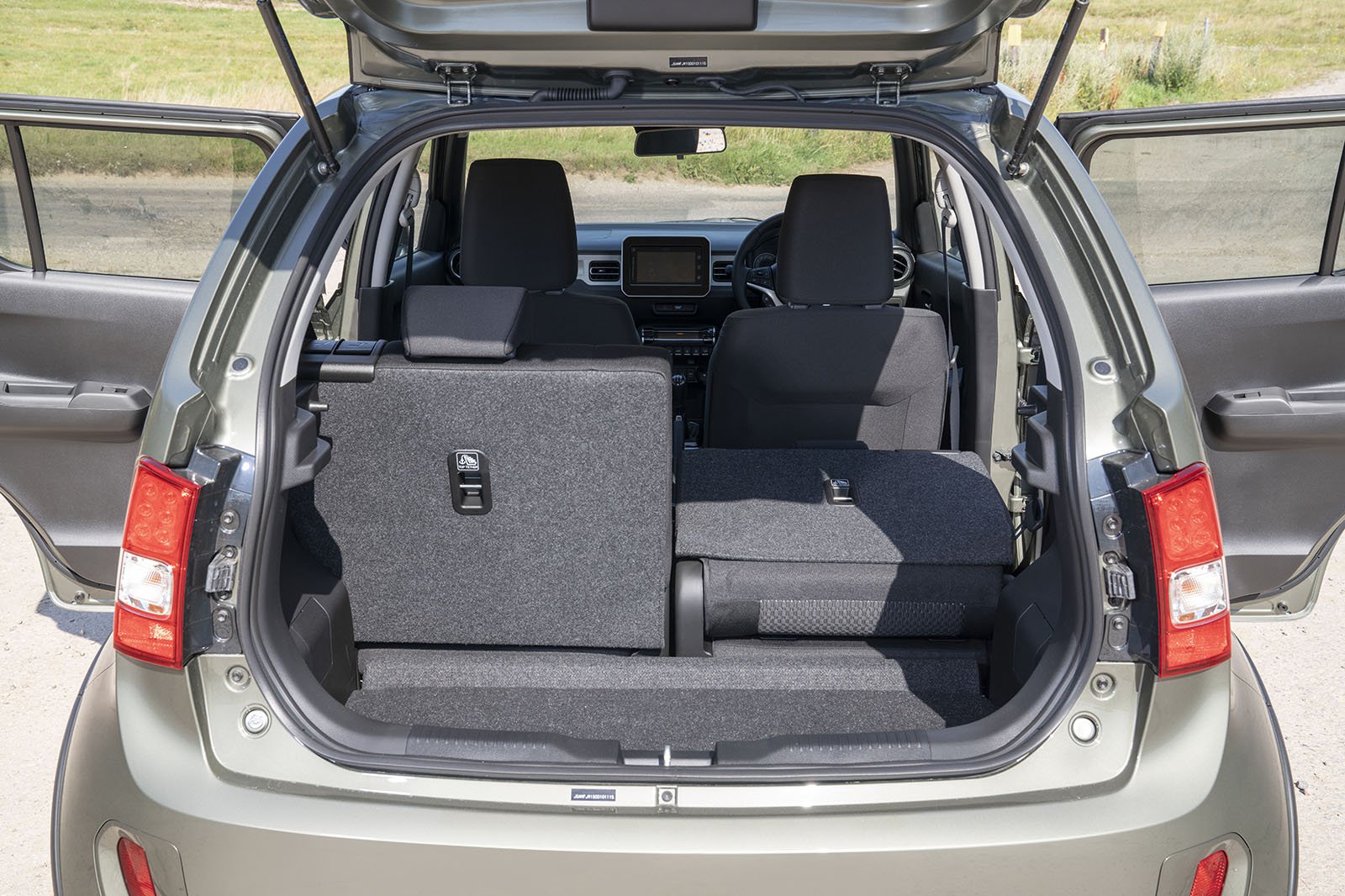