If your main priority is performance, the Mokka-e doesn't exactly stand out from the crowd. As we mentioned earlier, its electric motor puts out just 134bhp, which results in an unexceptional 0-60mph time of 8.7 seconds and a top speed of 93mph.

Even in Sport mode, you don’t get the instant shove you would expect from an electric car. While that’s not a problem around town, it does mean that overtaking at speeds above 40mph requires more planning than it would in, say, a Kia e-Niro Long Range or Volkswagen ID.3 Performance.

Acceleration is one thing, but how far an EV can travel is perhaps more important, and in the case of the Mokka-e, the official answer is a WLTP-certified range of 201 miles. That’s perfectly acceptable in a class of cars that includes the Honda E, Mini Electric and Mazda MX-30, none of which can travel as far, but it’s some way short of the e-Niro’s claimed 282 miles or the ID.3 Performance’s 263 miles.

We haven’t put the Mokka-e through one of our real-world tests, but on our mixed test route, the closely related Peugeot e-2008 had a true range of about 150 miles, while you can expect up to 253 miles from the e-Niro under the same conditions. The latter car’s definitely worth considering if you’re planning to use your EV for longer journeys.

In terms of handling, the Mokka-e is stable and safe but not particularly involving. Compared with a Mazda MX-30 or ID.3, for example, it suffers from quite a lot more body lean through bends and feels a little top heavy when making quick changes of direction.

That said, its steering is more naturally weighted and linear in its responses than the e-2008’s, and it hangs on gamely at speed, despite lugging around an extra 300kg over the standard Mokka. It’s also more pliant than the e-2008 around town and doesn’t buck about on undulating roads like the bouncy DS3 Crossback E-Tense.

The brakes are rather inconsistent, though; it can be difficult to judge how much pressure to apply to the pedal to slow down smoothly and this can take a while to tune into. Better, though, is that the Vauxhall Mokka-e is very refined by class standards, with minimal wind, road and suspension noise. 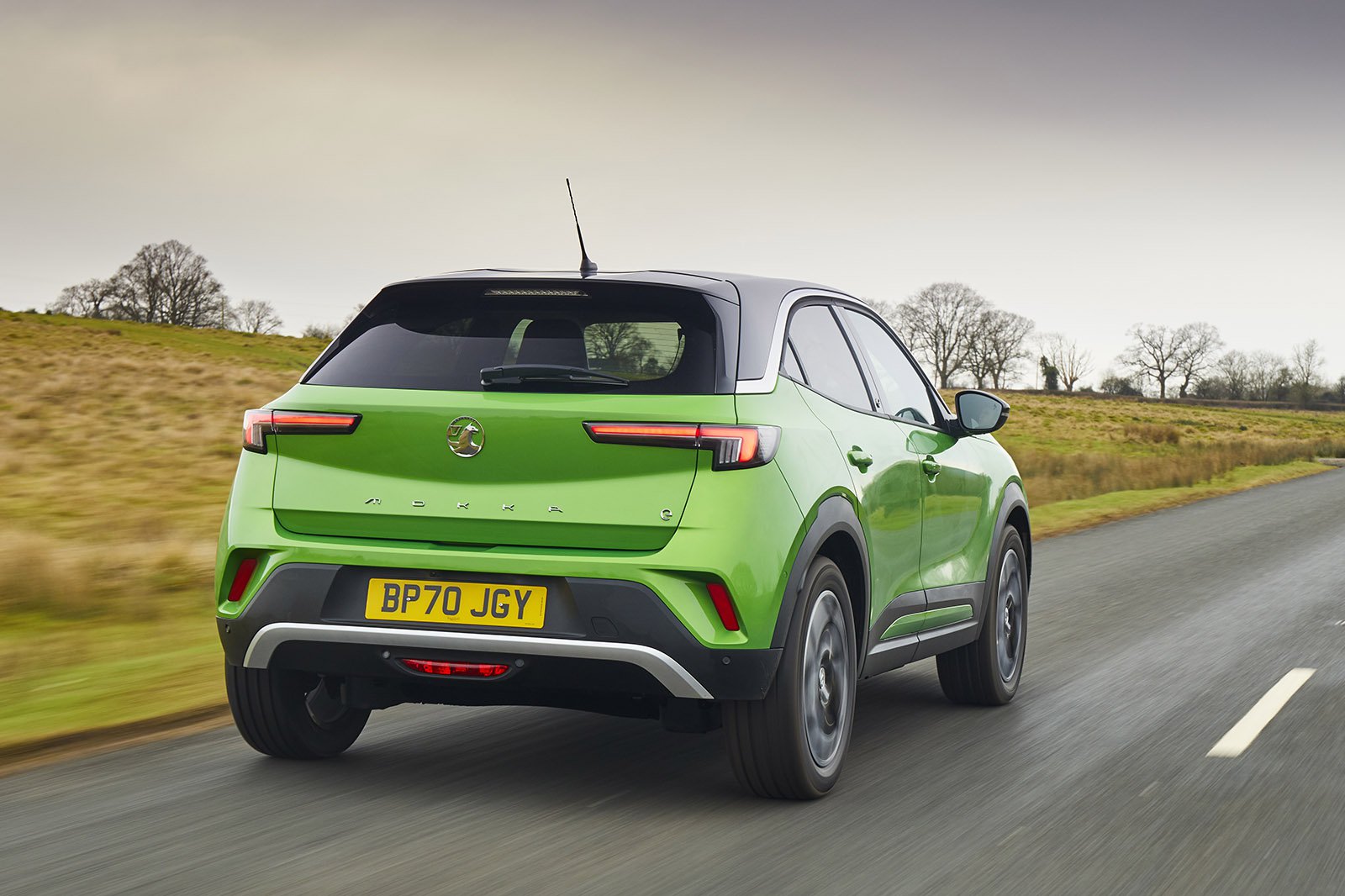