There’s more than enough space in the front of the ID.3. If you’re six-feet tall, or even a bit more, you’ll not find yourself short of head or leg room.

There’s pretty good storage space available, too. A large chunk of that is in the centre console, which has various cubbies and the ubiquitous cup holders. The glovebox is also a decent size, as are the door bins.

The ID.3’s roughly the same length as a Volkswagen Golf, and it’s about as roomy as the Golf in the rear. There’s space for taller passengers to sit behind anyone similarly sized in the front without feeling squished, but there isn’t a lot of head or leg room going spare.

To give you some context, a Kia Soul EV is roomier, as is a Tesla Model 3. A Nissan Leaf has more leg room, but not as much head room, while a Renault Zoe is tighter in the back all round. With three rear adult passengers aboard there won’t be a lot of shoulder room to spare, but the middle passenger will appreciate the flat floor with no central tunnel to straddle.

Storage amenities include smallish door bins, plus map pockets and pockets for mobile phones, stitched into the rear of the front seats.

There’s not a huge amount to report here. You get 60/40 split rear seats as standard, which aren’t as useful as 40/20/40 seats, but the addition of a ski hatch does give you more options for carrying longer loads with passengers.

There aren’t sliding or reclining rear seats, which you can get in SUVs of an equivalent price. 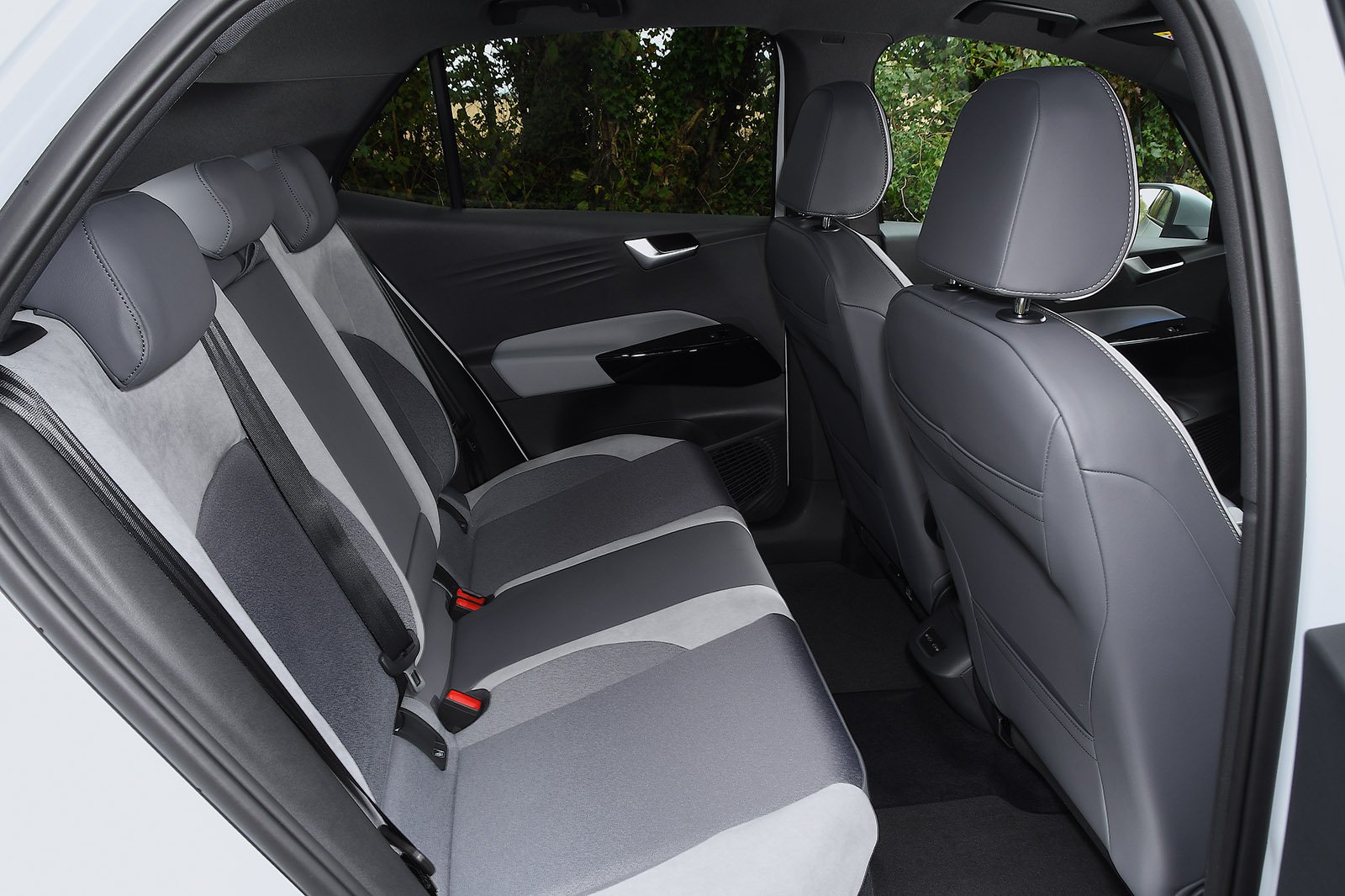 The boot is also about the same size as a Golf’s, which is fine for the typical requirements of fitting a buggy, the weekly shopping or a couple of reasonably sized suitcases. The Nissan Leaf’s boot is bigger and the Tesla Model 3’s is in a different league if you need lots of cargo capacity.

What is useful is the height-adjustable boot floor. When it’s raised, it reduces the load lip and gives you a flat floor if the rear seats are folded, but, most importantly for an electric car, provides somewhere to stow away the charging cables. However, while a car we sampled in Germany had this useful feature, UK 1st Edition cars do not. Here’s hoping it’ll be added to the optional list.