You can have your Volkswagen ID 4 with 146bhp, 168bhp, 201bhp or 295bhp, so there's plenty of choice here. We haven't tried the entry-level 148bhp motor (called the Pure) or the 168bhp (Pure Performance), but based on the official performance figures, acceleration will be modest.

The 201bhp Pro Performance, which we have tried, accelerates quickly enough for most, with 0-60mph taking 7.8sec in our tests). That's quite a lot slower than any Kia EV6 or Tesla Model 3, though.

It’s nothing like as bad as the Mach-E, either, which never settles on any surface. The ID 4 ride comfort can be improved by going for adaptive suspension (DCC in Volkswagen speak), but you have to go for a pricey Max version or fork out a lot of money for the Sport pack plus. We wouldn't bother. 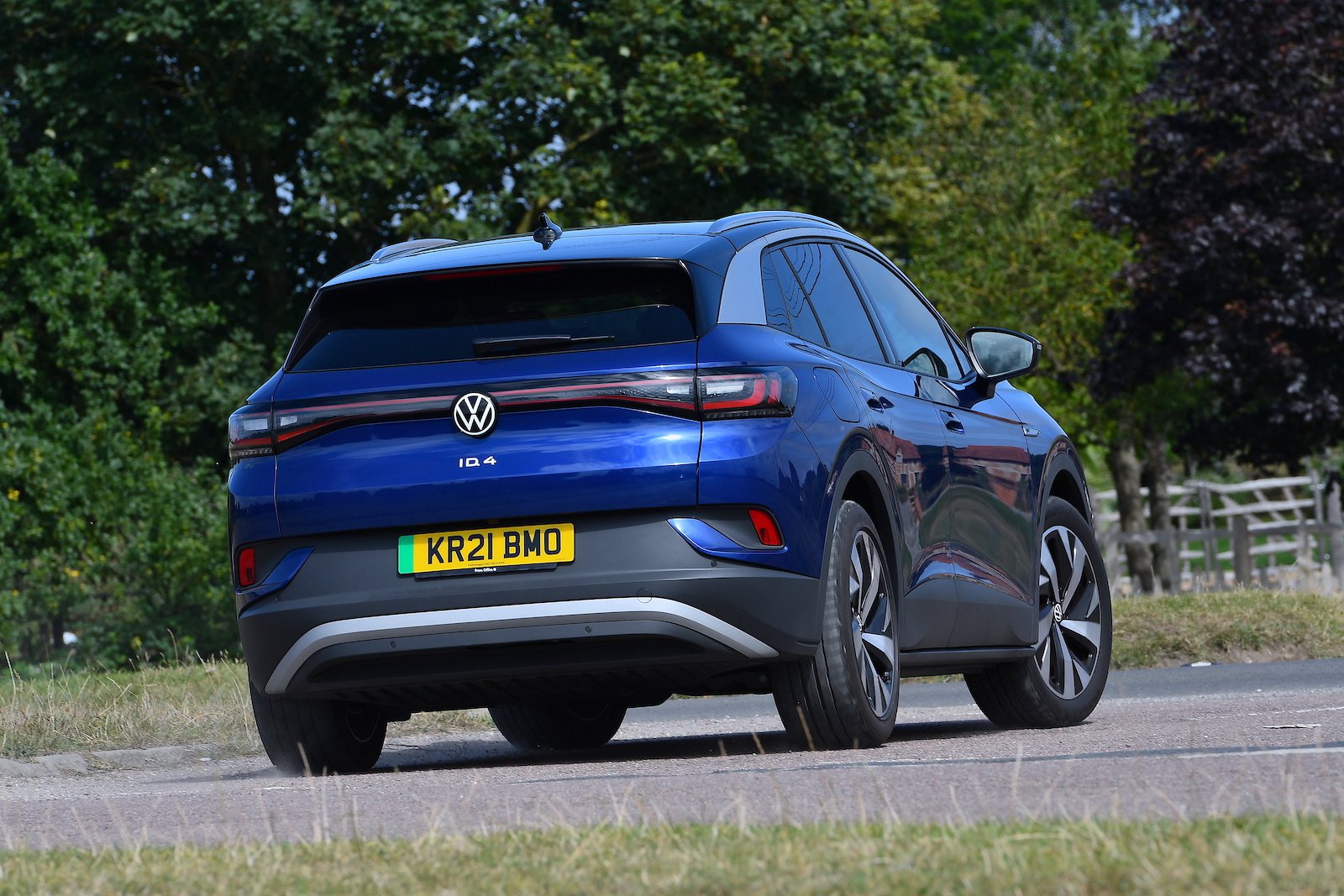 The ID 4 isn't a particularly entertaining car to drive, but it is composed and capable by class standards. That makes it entirely fit for purpose as a large family electric SUV.

The steering is progressive as you begin to turn into a corner so it’s easy to judge where the nose is heading. It weights up a bit too much past a quarter of a turn, but it’s far from an arm wrestle in a multi-storey car park.