Volkswagen T-Cross S trim looks temptingly priced but, as you’ll see in the equipment section below, leaves you wanting for toys. On the other hand, SEL and R-Line trims make little sense, because, if you have that much money to spend, the Volkswagen T-Roc is a better buy.

If you stick to our pick, which is the 1.0 TSI 95 in SE trim, it offers the best value for money and it's cheaper than the entry-level Ford Puma. It's not quite as frugal or as low on CO2 emissions, mind, but still proved really efficient in our real-world True MPG tests and emits less CO2 than even the diesel T-Cross.

Combined with relatively affordable servicing and insurance bills, and depreciation that isn't too heavy by class standards, the T-Cross can be a thrifty buy if you chose carefully.

Entry-level S trim is pretty basic. You get 16in alloy wheels, air-conditioning and electric windows but that's about it, so we’d recommend a step up to SE if you can.

SE adds 17in alloys, adaptive cruise control, automatic wipers and a leather-wrapped steering wheel and gear knob, which helps lift the otherwise fairly drab interior. There are a couple of options that are worth thinking about, such as the rear-view camera, which is cheaper and arguably more useful than rear parking sensors, and the Winter Pack, which brings heated front seats and windscreen washer jets.

SEL adds further creature comforts, including dual-zone climate control and tinted windows, but the hike in price is too great. Steer clear of R-Line, too; it’s expensive and mainly adds styling fripperies. 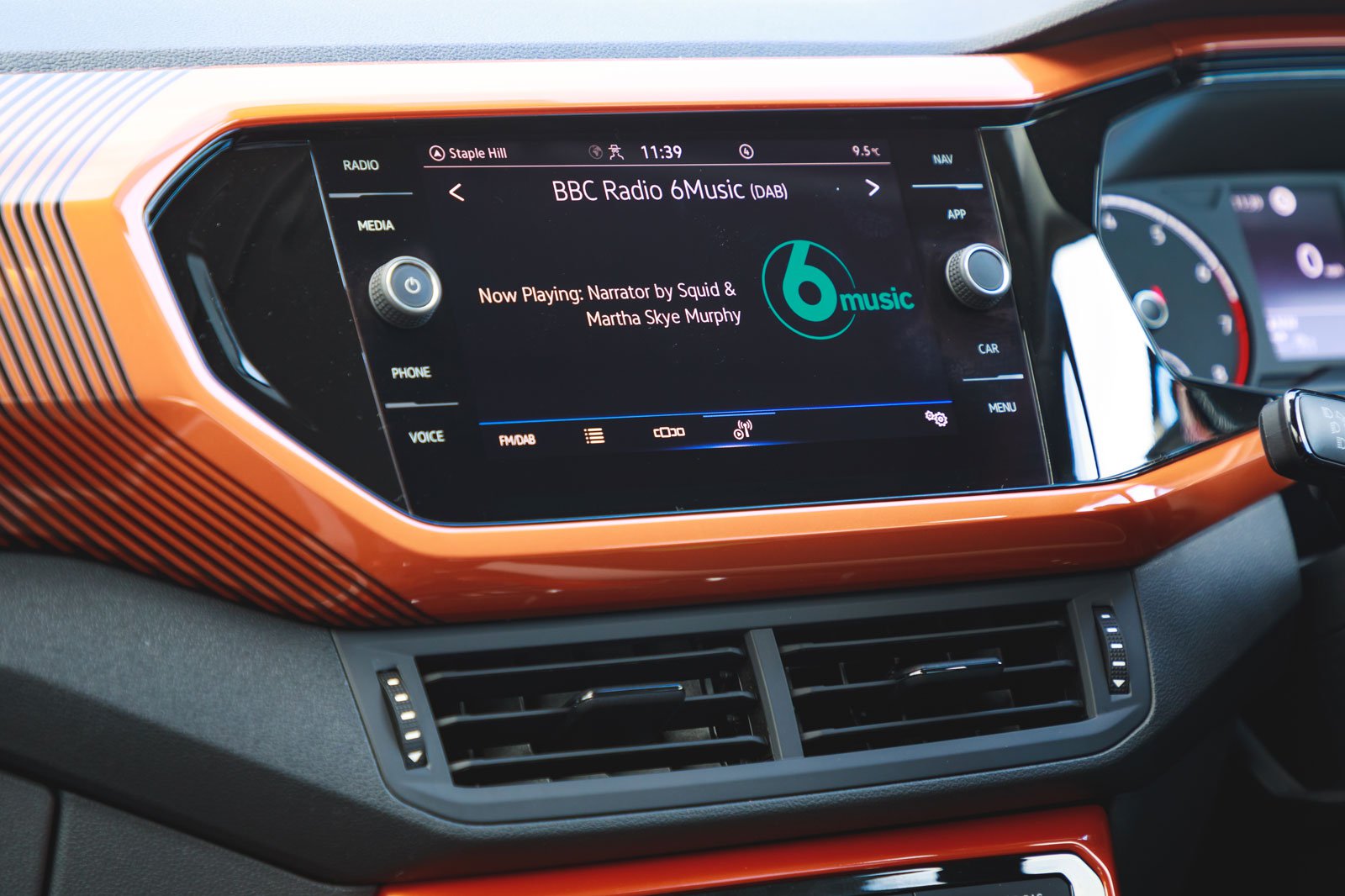 The T-Cross came a highly respectable third out of 10 in our 2020 What Car? Reliability Survey, although Volkswagen as a brand finished a rather disappointing 20th in the overall manufacturer rankings, (out of the 31). Skoda did much better than that, with Ford and Seat slightly ahead too, while Peugeot was worse.

What protection do you get if things go wrong? A three-year warranty, limited to 60,000 miles, comes as standard with every T-Cross. That’s typical of many rival manufacturers, but not as generous as Hyundai’s five-year, unlimited-mileage warranty nor Kia’s seven-year, 100,000-mile package.

The T-Cross received a five-star (out of five) safety rating when it was tested by Euro NCAP in 2019, with a better adult occupant protection score than the Ford Puma or Nissan Juke. Child occupancy protection wasn't quite as good, but only by the narrowest of margins.

The generous list of driver assistance features contributed towards the T-Cross's strong score; technology includes automatic emergency braking, which can monitor the road ahead for both cars and pedestrians, lane-keeping assistance and a post-collision mitigation system. The latter brakes the car after an accident, to prevent it from potentially rolling on and causing further damage.

SE trim adds a driver fatigue monitor, which advises you when to take a break, while SEL includes traffic sign recognition – so you'll have no excuse for not sticking to the speed limit. Moving to the security side of things, an alarm is optional on entry-level S trim, but standard on the rest of the range.