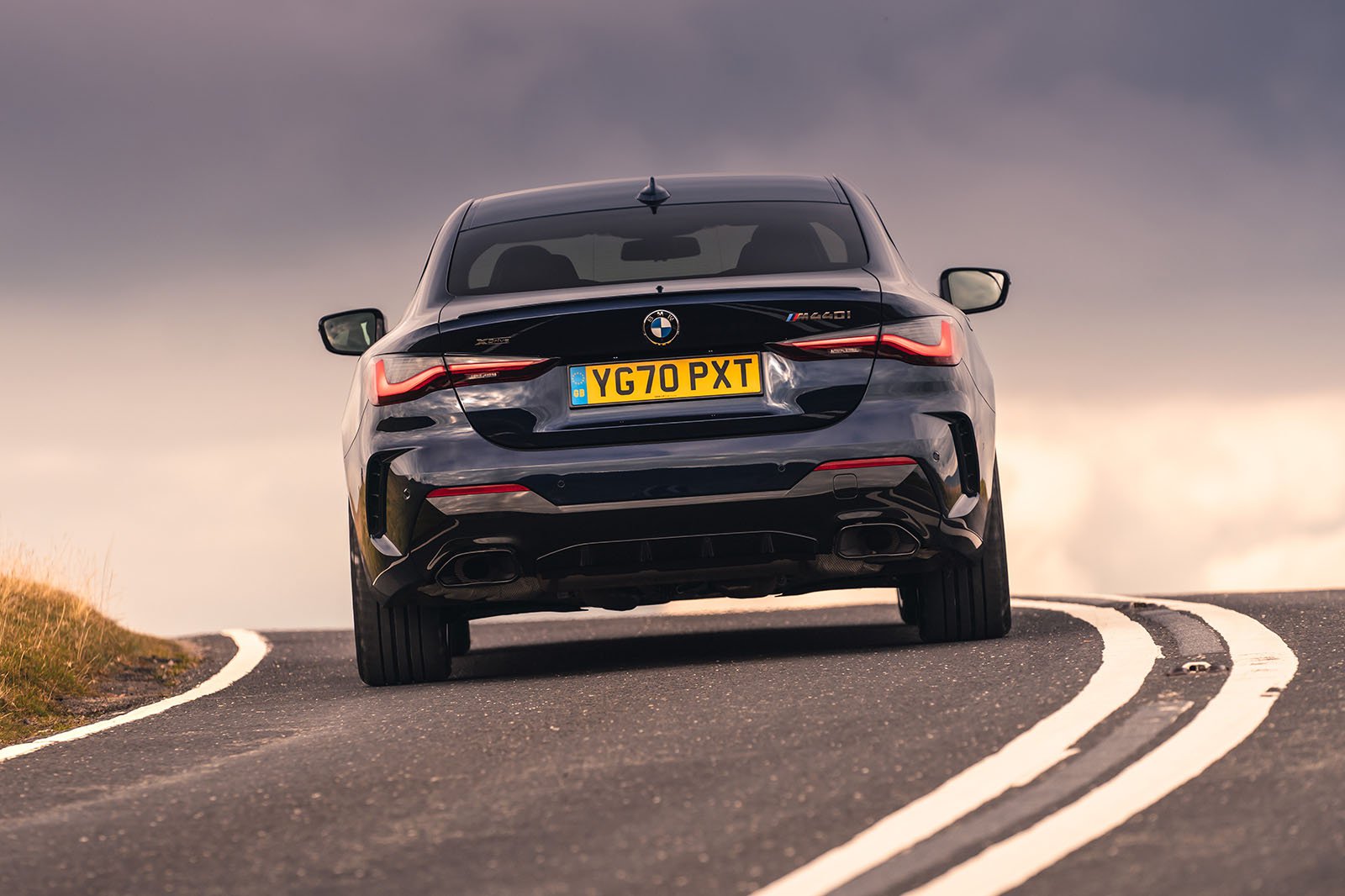 For now, the most powerful of the 4 Series range is the M440i. This version has a six-cylinder, 3.0-litre petrol engine that pumps out 369bhp, which is fed to all four wheels via an eight-speed automatic gearbox. If you’re thinking that sounds like a recipe for some explosive acceleration, you’d be absolutely right. Indeed, the M440i can hit 62mph from a standstill in just 4.5sec – quicker than the rival Audi S5 and Mercedes C43 AMG. It also feels pleasingly potent from low down in the rev range, although it’s more than happy to keep singing away to the red line.

For those who don’t need all that muscle, there’s the entry-level, rear-wheel drive 181bhp 420i petrol, which is expected to be the best seller. 0-62mph takes 7.5sec; it’s punchy enough when you’re driving gently, but you’ll need to work it rather hard before it feels brisk. Still, that’s in keeping with the character of a sporty coupé, and it’s quick enough to be fun, which is why it’s our pick. You can opt for a more powerful version of this engine, dubbed 430i, but we’re yet to try it.

Those racking up serious miles might want to consider the 420d. While this brings a small lift in horsepower, it provides far more oomph below 3000rpm. 0-62mph takes a swifter 7.1sec and the extra low-down urgency makes B road overtakes a cinch. Four-wheel drive ‘xDrive’ versions are available, but unnecessary unless you’re expecting plenty of snow.

Every 4 Series has ‘variable’ steering as standard, and this certainly avoids lots of excessive arm-twirling at town speeds and when parking. However, at faster speeds, even tiny steering inputs have a big say on your direction, and this can make the 4 Series feel a little flighty and nervous. It’s something you get used to, though, and can be mitigated by switching to its Sport setting. This adds more weight to the steering and, in turn, gives you more confidence.

The 4 Series has stiffer suspension than the BMW 3 Series, and its minimal body lean helps it scythe through corners more enthusiastically than the Audi A5 or Mercedes C-Class coupés. The M440i goes one step further, adding M Sport adaptive suspension as standard. This is also available as an option on other models (as part of the M Sport Pro package) and it helps keep the car’s body incredibly flat and stable through corners. Indeed, the M440i makes the Audi S5 feel distinctly wallowy.

Adaptive suspension also gives the 4 Series an agreeably split personality. From behaving like a hardcore sports car in its firmest mode, switch it to ‘Comfort’ and the ride becomes more pliant than you might imagine. Sure, it’s still firmer than the A5, but thanks to its excellent damping there’s no crashing or shuddering over broken surfaces, like there sometimes is in the S5 and C43 AMG. Models without adaptive suspension do a good job in that regard, too, but ride more firmly overall.

When it comes to how the engines behave, the 420i is smooth and quiet enough when you’re pottering around, with a more rorty edge when pushed hard, and while the 420d is prone to a bit more vibration through the steering wheel at idle, it’s pretty refined for a diesel and runs the A5’s 40 TDI engine close. It also has mild hybrid technology to give it near-instantaneous stop/start and the ability to coast with its engine switched off. Meanwhile, the noise of the M440i’s six-cylinder engine when you use the lower reaches of the accelerator pedal is certainly far more tuneful than the S5's diesel bellow.

There’s some tyre noise at motorway speeds and a little more wind noise than you'll hear in the 3 Series. You can also hear the suspension working away along bumpy roads, so overall the 4 Series isn’t as quiet to travel in as the A5.