Although no one buys a two-door coupé primarily for its practicality, the chances are you occasionally need four seats and a usable boot. Otherwise you’d probably be looking at a thoroughbred sports car – perhaps an Alpine A110 or a Porsche Cayman.

As you might expect, the 4 Series is suitably roomy in the front so you’re unlikely to have any issues with head or leg room. Storage space is impressive, too, thanks to a big glovebox and a useful cubby under the centre armrest. You also get partitioned door bins that help prevent loose items from rolling around.

Getting into the rear seats involves squeezing through a relatively narrow gap, but that’s the same in all three door coupés (if you want rear doors you’ll have to wait for the forthcoming Gran Coupé model). When you’re in, you’ll actually find plenty of leg room, and although taller adults will need to cower slightly or put up with their head resting on the ceiling, a couple of six-footers will be comfortable enough in the back as long as the journey isn’t too long.

The 4 Series has a slightly smaller boot than its two main rivals, the Audi A5 and Mercedes C-Class Coupé. There’s still enough space for a set of golf clubs or a small pushchair, though, and you can fold down the rear seats when you need to carry longer loads. The boot opening is quite small compared with the Audi A5’s. 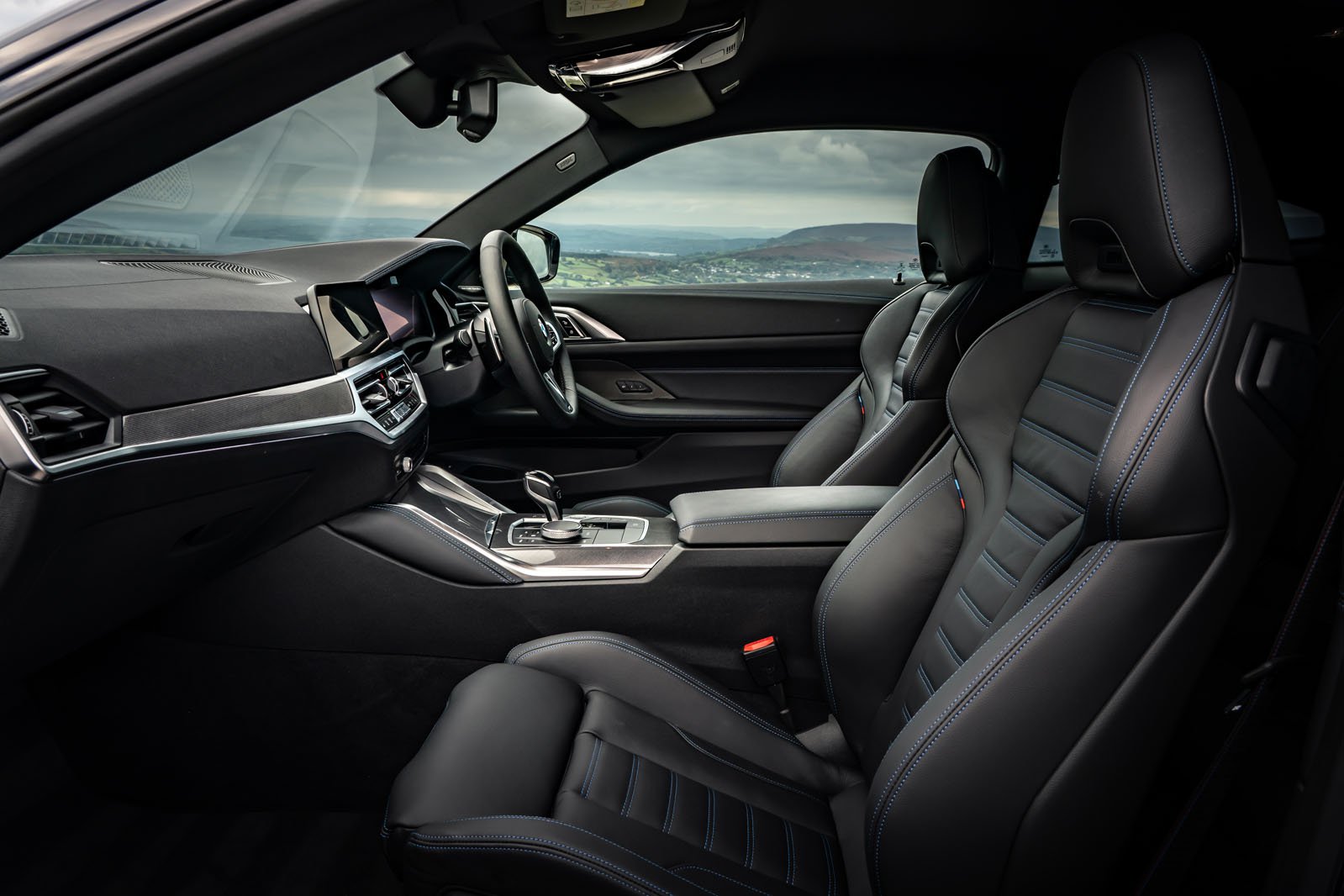