Along with the usual backrest angle adjustment, the Citroën C3’s driver's seat offers height adjustment, while the steering wheel can be moved up and down, as well as in and out. If you want lumbar support, though, you’ll need to step up to Shine Plus trim. This trim introduces what Citroën calls its ‘Advanced Comfort seats’. To sit in, they feel similar to an armchair – your bottom sinks into the pillow-soft cushion, while your thighs rest in a somewhat elevated position. Imagine trying to drive while sitting on your couch and you get the picture – it’s an odd sensation.

Also awkward is the clutch footrest. On right-hand drive models this fits beneath the narrow gap between the clutch pedal and the car's central tunnel, which, if you wear anything larger than a size-nine shoe, traps your foot.

While the majority of the controls are conventionally placed and easy to access, all of the heating and ventilation controls in the Citroën C3 are confined to the touchscreen display. This makes them hard to access on the move and using them can be distracting as a result. The steering wheel-mounted controls for the stereo, cruise control and speed limiter functions do work well, however.

Salvation comes in the form of standard fit rear parking sensors, while range-topping Shine Plus trim also gets the benefit of a rear-view camera. Bright LED headlights are fitted across the range, and offer better illumination at night than most rivals that only have dimmer halogen lights. 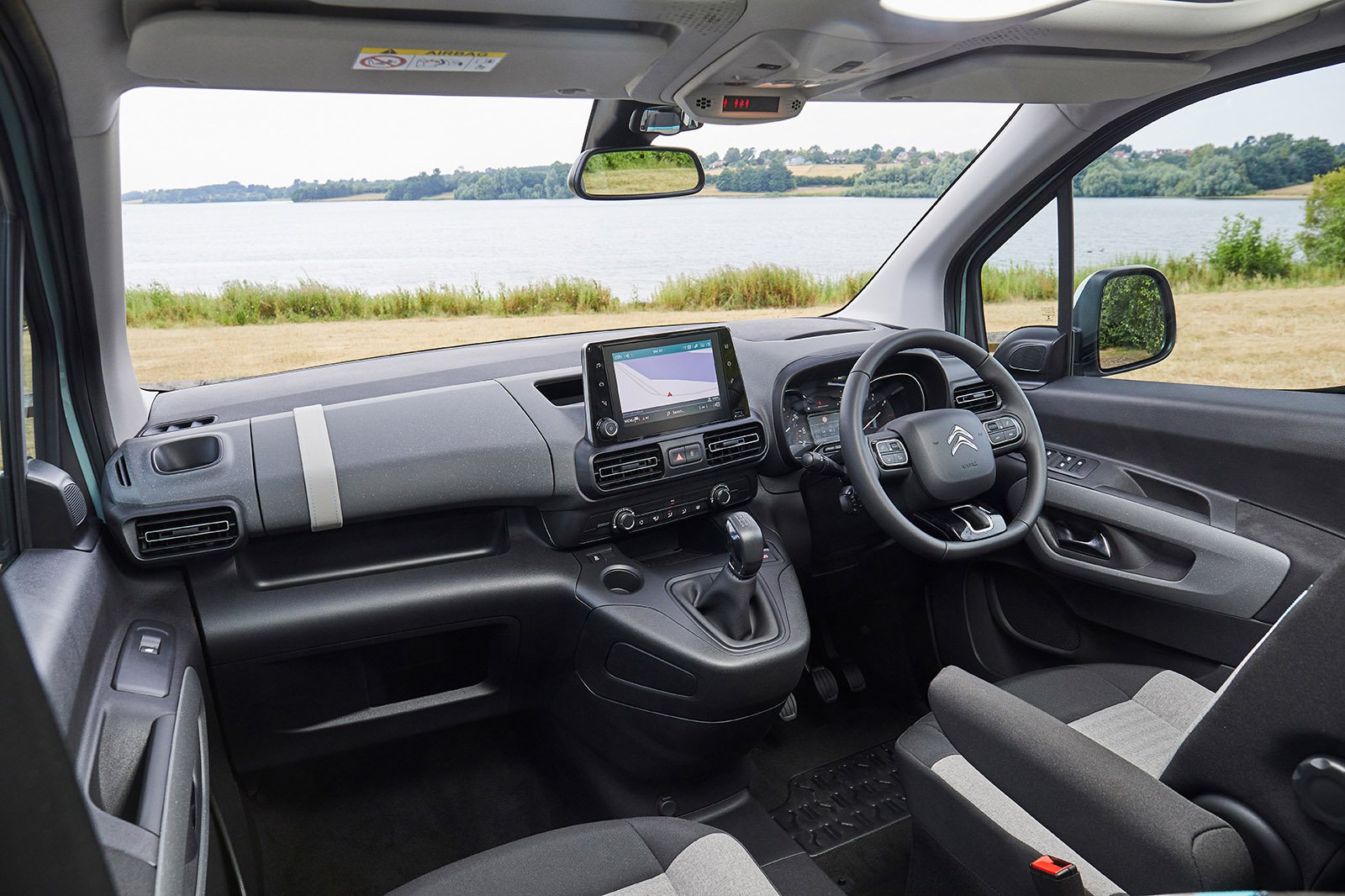 Every version of the Citroën C3 gets necessities such as a DAB radio, Bluetooth and a 7.0in touchscreen infotainment system with Apple CarPlay and Android Auto. These features allow you to connect your mobile phone and use its apps, such as Waze or Google Maps and through the screen.

However, if you want a built in sat-nav, you’ll need to step up to range-topping Shine Plus trim. This gives you access to a TomTom satellite navigation system with live traffic updates and speed camera locations. You get a three year ‘live’ subscription before you have to renew, but we’d rather use the much slicker Google Maps app for free.

The Citroën C3's 7.0in touchscreen itself is something of a disappointment. It doesn’t have the contrast or crispness in its graphics that you might hope for. Meanwhile, the delay between pressing an icon on the display and anything actually happening is frustratingly long. Rivals such as the Seat Ibiza and VW Polo have quicker and more intuitive infotainment systems.

Sit inside the Citroën C3 and it doesn’t feel as robust as the Seat Ibiza, let alone the VW Polo – the switches simply aren’t as well damped and the surfaces are somewhat cheaper-feeling. However, the look of the interior is at least very distinctive, neat touches such as faux-leather door pulls lift the ambience.

C-Series trim comes with a soft-touch dashboard finish, while range-topping Shine Plus gets a leather-wrapped steering, gear and handbrake lever, plus a strange soft-touch wood-effect trim (called Techwood) on the dashboard. This finish may divide opinion, but it certainly sets it apart from more strait-laced rivals such as the Polo.