The pick of the Citroën C3 engine range has to be the 108bhp 1.2-litre petrol (badged PureTech 110). With a 0-62mph time of 9.4sec, it has plenty of pep to its step whether you’re nipping into a gap on a roundabout or merging on to the motorway. Yes, there is a cheaper PureTech 83, but this feels underpowered and you often need to use full power just to keep up with traffic.

Meanwhile, the 99bhp 1.5-litre diesel (badged BlueHDi 100) has plenty of shove from low revs, but since this engine is much more expensive than the PureTech 110, it's very hard to recommend unless you do an awful lot of miles.

All Citroën C3 models come with a manual gearbox as standard. Should you want an automatic, you can only have one with our favourite engine, the PureTech 110.

Citroën has gone soft with the C3, choosing to make its suspension squidgy and with plenty of travel. As a result, it lollops over bigger bumps, bouncing you skyward and then sucking you back down to the ground again. If you're thinking that doesn't sound very comfortable, well, that's because it isn't.

And because the Citroën C3’s body control is so loose, it never really stops moving around, even over smaller undulations. To make matters worse, over potholes and sharp-edged bumps, there's often a nasty jolt as the suspension struggles to cope. The Ford Fiesta, Seat Ibiza and VW Polo are all far more comfortable alternatives. 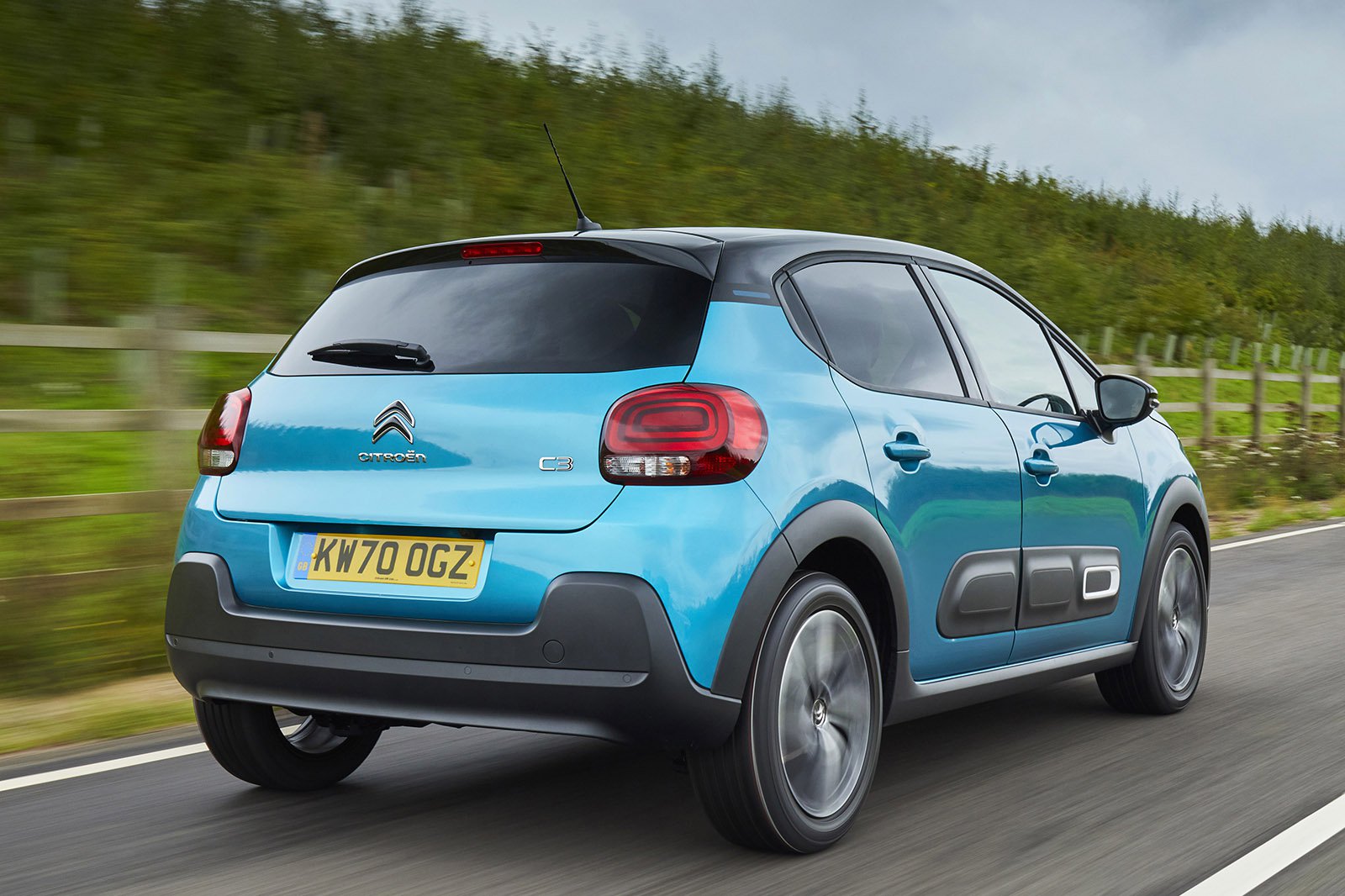 Because of its super-soft suspension, the Citroën C3 feels rather more old-fashioned to drive than its sharp looks would suggest, with huge amounts of body lean through corners. And, while the steering is relatively accurate, it's far too light to give you much confidence when driving on faster roads.

As a result, you have to really concentrate on placing the nose of the car through corners, whereas this process is far more intuitive in rivals, including the Fiesta, Ibiza and Polo. All of those cars feel far more composed through corners, too.

The Citroën C3’s petrol engines tend to be quite thrummy, but no more so than rivals that also use three-cylinder engines. You're more aware of this noise in the PureTech 83 than the 110, simply because the former needs to be worked harder.

Meanwhile, the diesel BlueHDi 100 is gruff and sends plenty of vibration through the pedals and steering wheel. However, at faster speeds, wind and tyre noise in the C3 aren’t excessive compared with other small cars.

Most frustrating, though is that the brake and clutch pedals aren’t very positive, so the C3 is very hard to drive smoothly in town. And compared to the Fiesta’s light and precise manual gearbox, the woolly, long-throw shift in the Citroën C3 feels more akin to stirring an old tin of emulsion.