The great news is that the Ford Focus ST is an enjoyable hot hatch for the road. However, it’s not up with the ultra-nimble Toyota GR Yaris as a fully-focused machine for road and track alike.

It’s an easy car to keep centred in a lane on motorways, and the steering gives you lots of feel when you swap to twisting, sinewy back roads, but the weighting of the regular ST is inconsistent so it's not as predictable and accurate as it should be. The saving grace is the ST Edition, which Ford has made far more consistent, especially in its Sport and Race driving modes.

Adding the Performance Pack to the Focus ST gives you the option of knocking the adaptive suspension into Sport or Track mode, but both settings feel too firm for some of the UK's brutally calloused roads. The ST Edition is far better judged, providing enough cushion from harsh bumps to remain just on the right side of firm.

What about the non-adaptive suspension, though? Well, it's the only suspension option you can have with the estate model and it’s fine to live with. In either body style, the lighter petrol-engined model rides slightly better than the heavier diesel one.

Few cars fire you out of bends quite like the four-wheel-drive GR Yaris, but the Focus ST's limited-slip differential (LSD) does a good job of magnifying the traction available at its front, driven wheels. Even with plenty of steering lock applied out of tight turns, you can get hard on the power without masses of wheelspin causing a plume of smoke in its wake.

The Megane’s LSD is more aggressive, which results in greater torque steer – a phenomenon where the steering wheel is tugged left and then right under power as each tyre grips then breaks traction. You get some of that in the Focus ST, too, but not enough to spoil the driving experience. There's less torque steer in the diesel, partly because it doesn’t have the LSD and also because it has less power.

In terms of outright pace, the petrol Focus ST gets from 0-62mph in 5.7sec, but, ultimately, it's not as fast as the GR Yaris, and doesn’t rev out so enthusiastically. It’s quick enough to live with other rivals in a straight line, though, including the i30N, Megane RS and Golf GTI. The Focus ST's augmented engine note gives you some entertaining exhaust note theatrics.

The optional Performance Pack also gives you a Track mode. That gives you even more aggressive settings for the engine, steering weight, automatic gearbox (where fitted) and suspension. It also allows you to choose the stiffness of the suspension yourself, rather than leaving the car’s electronic brain to tune it automatically according to specific computer maps.

The Performance Pack and ST Edition add a light that indicates when you need to change up a gear, and rev-matching to help you change down smoothly (with the manual gearbox only). There’s also a launch control system that helps you to make perfect getaways. 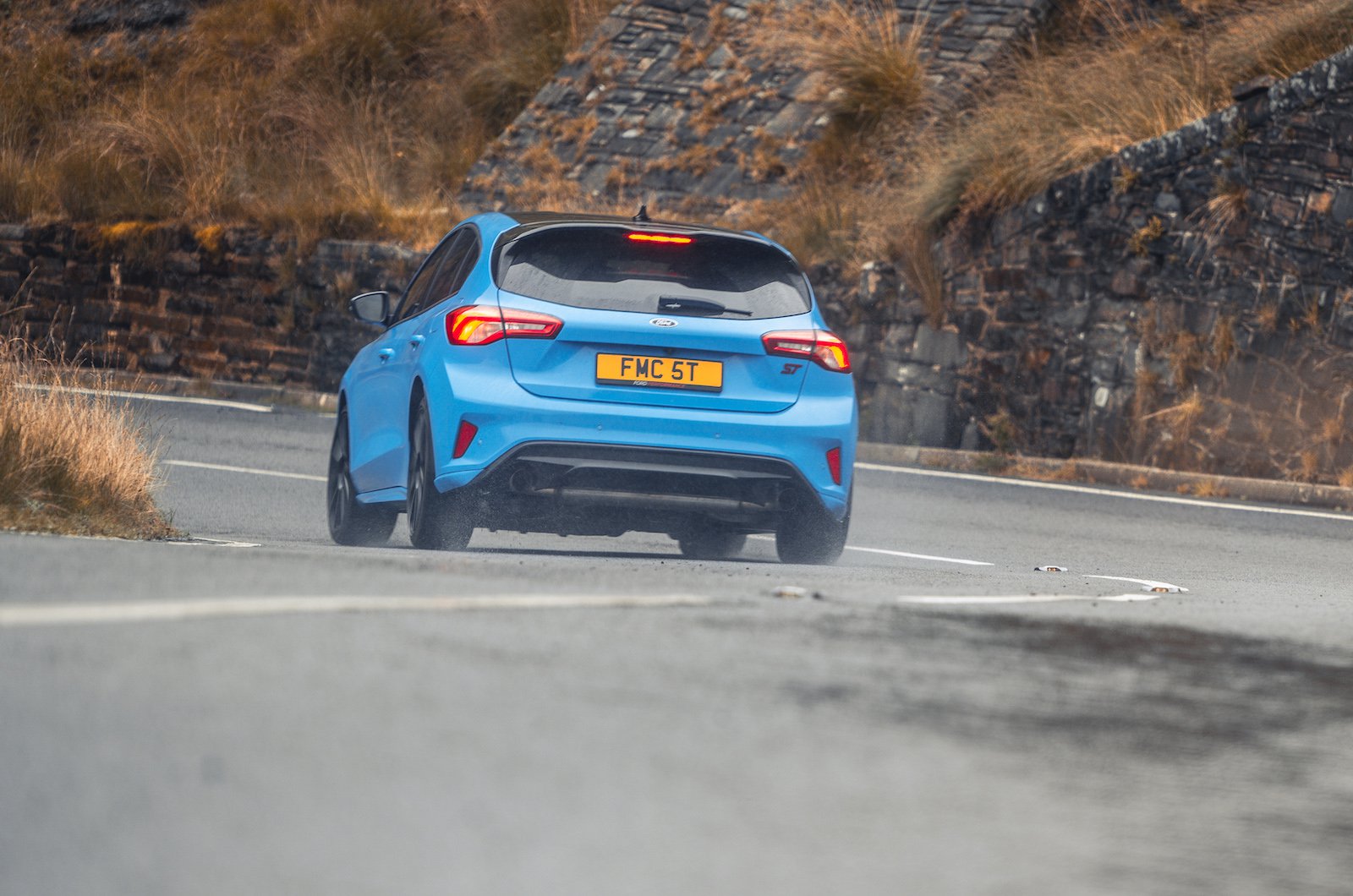