The entry-level Hyundai Ioniq 5 is called the RWD 170. It's fitted with a 54kWh (usable capacity) battery and a 168bhp motor, which drives the rear wheels and gives the car a 0-62mph time of 8.5sec.

One rung up the ladder is another rear-wheel-drive model (RWD 217), only this one has a larger 70kWh battery and a 215bhp electric motor. In our tests, this version managed 0-60mph in a very respectable 7.0 seconds.

The soft suspension does make for a relatively comfy ride, though. On 19in alloys, the Ioniq 5 wafts along smothering most bumps really well – especially by electric car standards. It’s only on faster undulating roads that things can get rather bouncy. The 20in alloys fitted to Ultimate versions don't do comfort any favours, causing the car to thump more noticeably over potholes.

Those big wheels generate a fair amount of road noise, too, which is another reason we'd stick with 19in ones (SE Connect or Premium trim). With the smaller alloys fitted, there's far less road noise and hardly any wind noise, either. Only a few clonks from the suspension disturb the peace.

The Ioniq 5's range depends on which version you go for. Official figures suggest up to 238 miles for the RWD 170, up to 298 miles for RWD 217 and 285 miles for the AWD 305, but you won't get that far in real-world driving. In our tests, the efficiency of the RWD 217 suggests a maximum range of around 250 miles. You'll get a few extra miles in the EV6, and even more in the Tesla Model 3 Long Range or Mustang Mach-E Extended Range RWD. 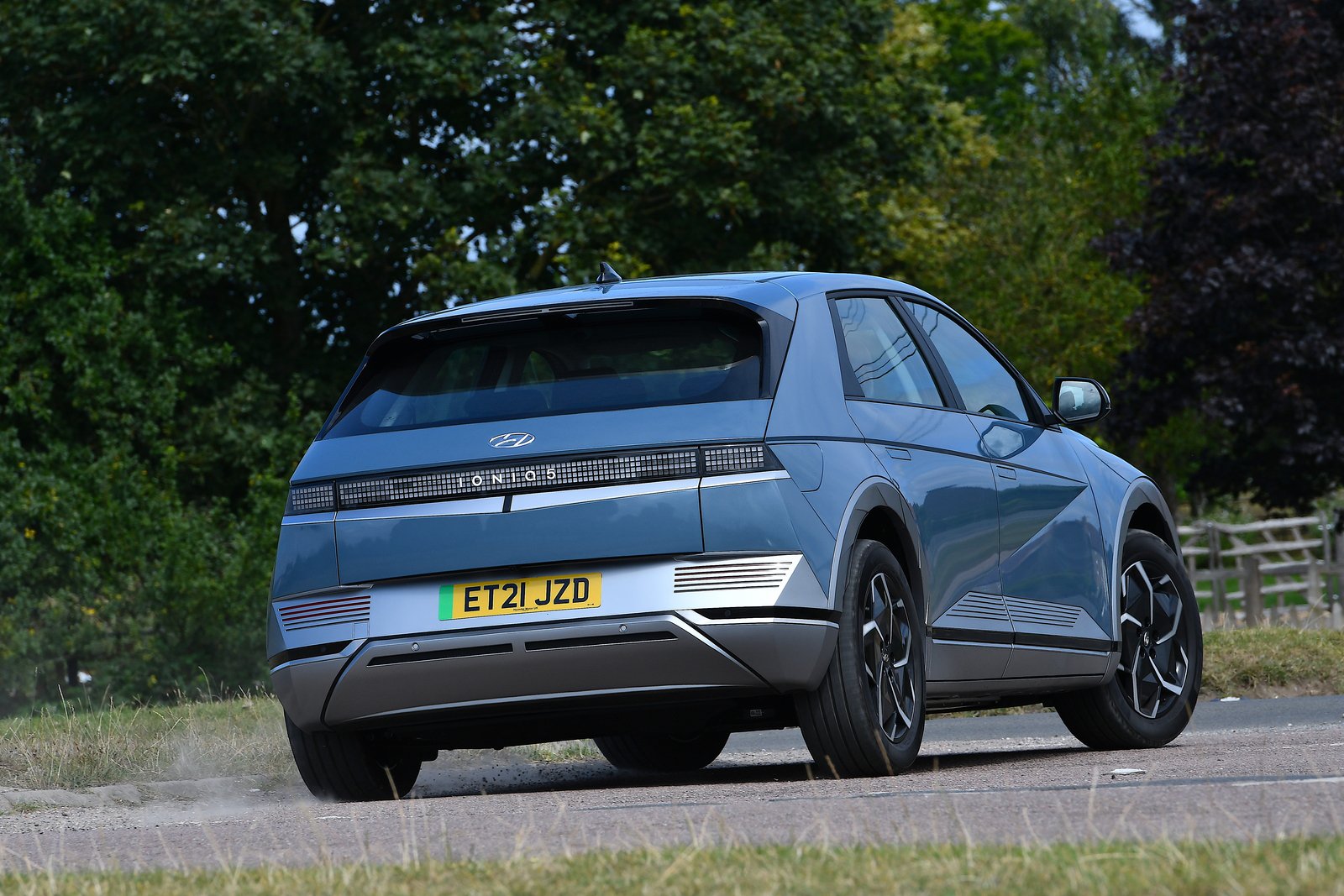