It can be hard to judge from photographs, but the Hyundai Ioniq 5 is actually a really big car, with generous head and leg room up front. There are lots of cubbyholes dotted around the interior, too, and you can slide the centre console forwards and backwards to alter the position of the central armrest.

Rear leg room, meanwhile, is ridiculously generous there’s as much as you’d expect in a limo. Even with a six-footer driving, a passenger of the same size can sit behind and really stretch out, while a completely flat floor makes life surprisingly comfortable for a central rear passenger. True, head room isn’t quite as plentiful (this is where taller SUVs have a slight advantage), but there's still enough for most adults to sit in comfort without getting to know the roof lining intimately.

The generous passenger space doesn’t come at the expense of a practical boot, either. At 540 litres, it’s on a par with the one in the Volkswagen ID.4 and much bigger than in the Ford Mustang Mach-E (402 litres), although the Skoda Enyaq boot is slightly bigger again, at 580 litres.

There’s just enough underfloor space to stow a charging cable and, unlike the ID.4, the Ioniq 5 has storage under its bonnet. Don’t get too excited about this 'frunk' area if you go for the four-wheel-drive version, because it's only big enough for a slim laptop bag, but in the rear-wheel-drive models it's twice the size. 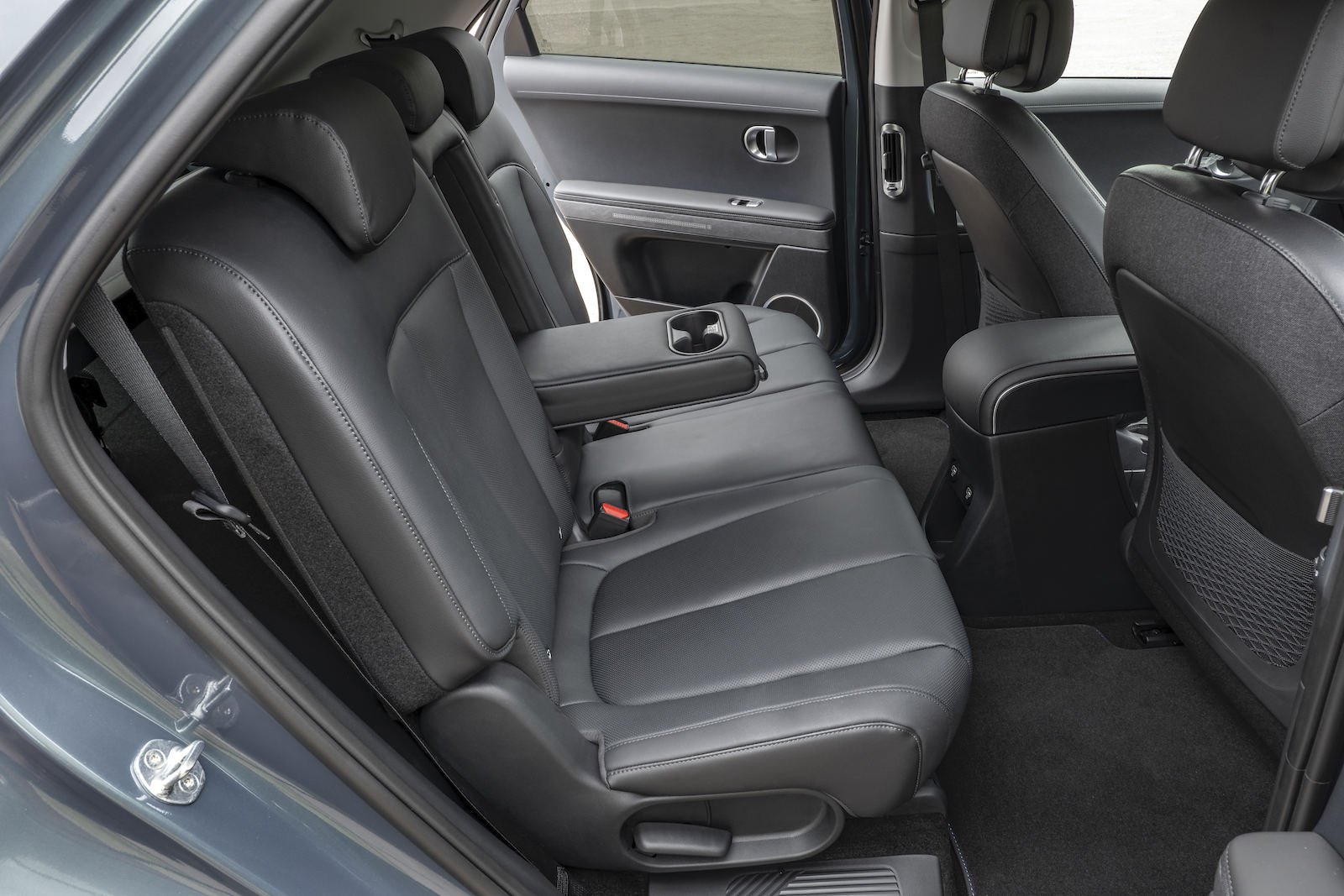