It’s all very well, this army of new SUVs coming along with their four-wheel drive, hill descent control and rugged-looking bodywork in an attempt to be seen as hardy, capable, off-road machines. In reality, though, many so-called sport utility vehicles aren’t much more than hatchbacks on tiptoes.

Of course, such cars still do the job for those who spend 99% of their time on the road. But a small proportion of drivers still need something that can haul itself up a mountain without breaking into a sweat. If you’re one of those, the Jeep Wrangler might be right up your farm track.

Over the next few pages, this review will tell you all you need to know about its performance and practicality, what it’s like inside and what it’ll cost to run. We'll cover the two-door short wheelbase version and the four-door long wheelbase model.

If you’re already sold on the Jeep Wrangler’s rugged looks and want to buy one – or indeed a new car of any make and model – you could find some tempting savings by using our free What Car? New Car Buying service. It has plenty of new Jeep deals.

The Jeep Wrangler is a car where off-road capability rather dominates the driving experience. On a road, those big and heavy axles amplify the effect of imperfect surfaces and cause it to shimmy over the surface.

It’s never downright uncomfortable, but it feels a little uncontrolled and you have to make constant steering inputs just to keep the car going in a straight line. The chunky tyres also generate plenty of road roar, which adds to the wind noise generated by the Wrangler’s boxy body – something especially noticeable in canvas-roofed variants.

Through a combination of lag while the turbocharger kicks in and a pause before the automatic gearbox responds, it requires a level of patience and planning if you plan to make a gap in traffic.

When you turn the steering wheel, there's a noticeable pause before the car starts to change direction, and you find yourself sawing at the wheel because of the slack deliberately built into the system.

Even moderate cornering speed is enough to overwhelm the grip reserves of the car’s chunky tyres and make the traction control system intervene by cutting engine power. That's especially true with the off-road-biased tyres fitted to Rubicon models.

By the time the system is happy that traction has been restored, you might already be approaching the next corner. The Wrangler is not a car you’ll want to drive quickly – trust us, we tried and won’t be doing it again.

You’ll find the Wrangler far more at home on squelchier surfaces. For this, it has a lever on the centre console that takes you from two to four-wheel drive and allows you to switch between different four-wheel drive modes. It’s a good deal stiffer to move than the gear lever, but that feels in keeping with the car's overall sense of toughness.

Once you select four-wheel drive, you can lock the centre differential so the front and rear axles get equal amounts of power at all times. The low-range gearbox gives you finer control of the accelerator pedal at low speeds and multiplies the engine’s torque for steep slopes.

The Rubicon version maximises the Wrangler's all-terrain potential. As well as chunkier tyres, you get locking front and rear differentials to improve traction on slippery surfaces, as well as detachable anti-roll bars that allow even more suspension travel. Put simply, there are few off-road cars that are quite as capable straight out of the showroom. 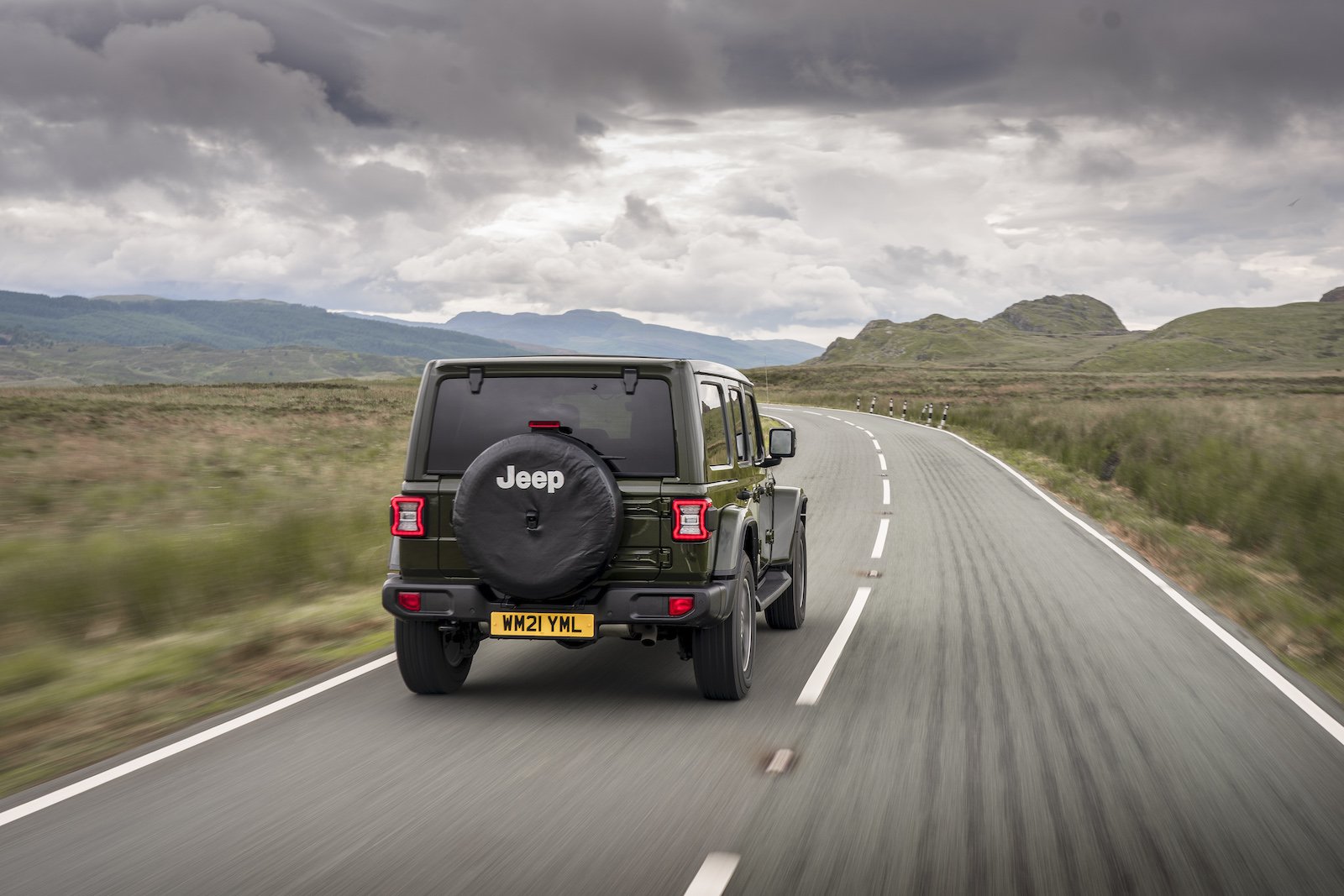