The cheapest petrol engine is the 118bhp 1.0-litre turbocharged three-cylinder (1.0 T-GDi) that provides the sort of pace most buyers will find adequate (0-60mph takes 10.9sec), even on the motorway. Just bear in mind that it needs plenty of revs to get up to speed. The 1.6 GDi PHEV isn't much quicker, but it does have an electric-only range of around 30 miles from a full charge.

If you expect your Ceed Sportswagon to regularly be heavily loaded, the 138bhp turbocharged four-cylinder 1.4 T-GDi makes it easier to hang with the ebb and flow of traffic without the help of frequent gearchanges, and it will hit 60mph from zero in just 8.8sec.

The final engine is a 1.6-litre diesel, which pulls eagerly from all but very low revs. So, while it’s ultimately no faster than the 1.0-litre petrol, its extra low-end shove is worth considering if you tow a trailer or caravan.

If comfort is your top priority, you may want to strike the Ceed Sportswagon from your list and instead look at the Toyota Corolla Touring Sports and Volkswagen Golf estates, both of which are more compliant.

It’s not that the Ceed will rattle your fillings out; in fact, it actually copes pretty well with patched-up urban streets. However, on the motorway it feels rather restless compared with the best. 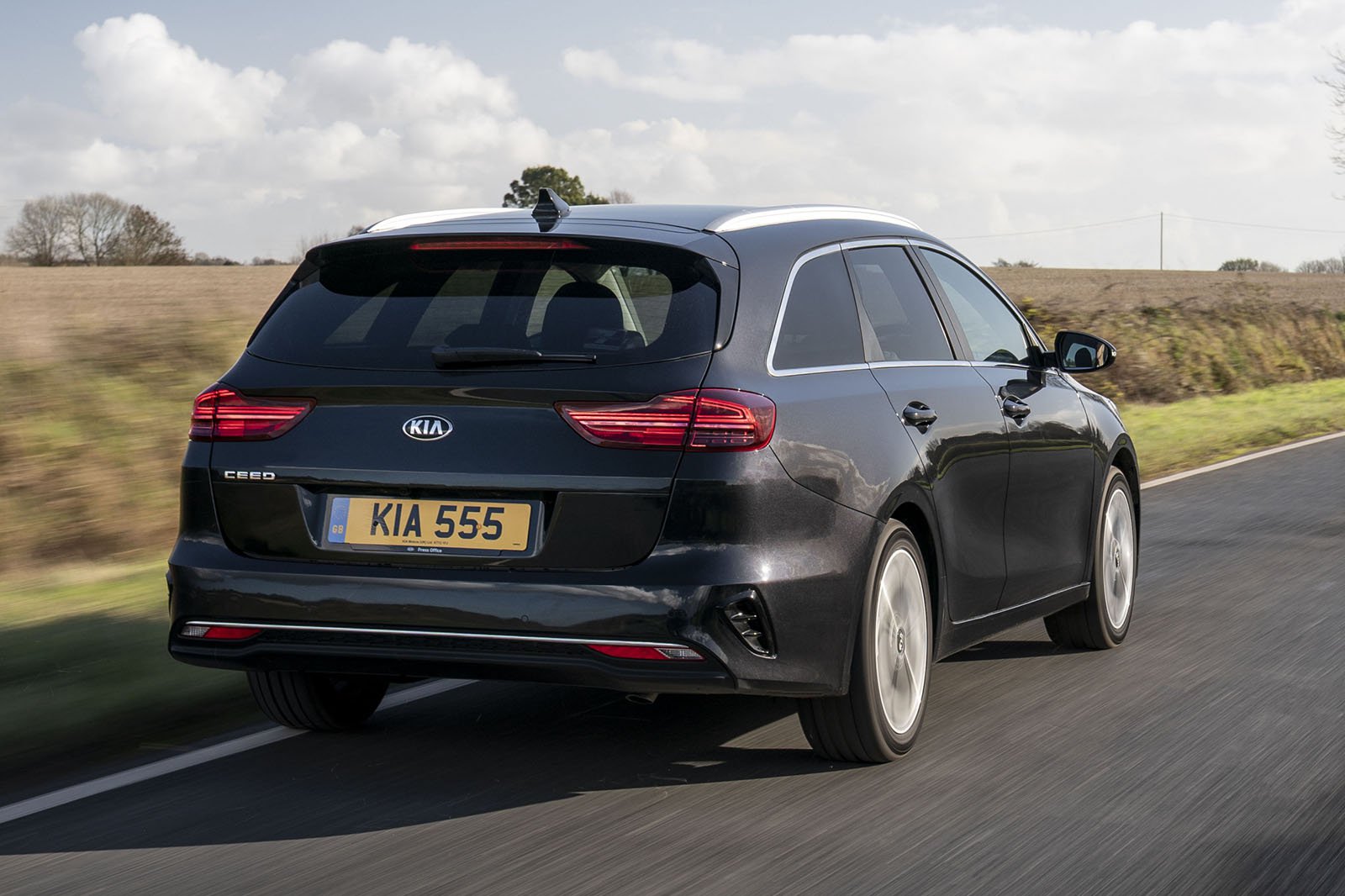 Quick steering gives the Ceed Sportswagon a lively turn-in to corners, which gets you thinking it's a pretty well-sorted car. And up to a point, that's the case. Push harder and you'll find the steering is nicely weighted, albeit without the sense of feel that the Focus’s steering has. It's still a confidence-inspiring car and easy enough to place accurately in bends.

But, while the Ceed flows nicely along a country road at seven-tenths pace, if you enter a corner fast it leans a bit and isn't particularly well tied down at the rear. As a result, it has to rely quite heavily on its electronic safety aids, and making an emergency lane change can feel a tad alarming. The PHEV's extra battery weight makes it a bit more ponderous in direction changes.

Wind noise is well controlled, but you have to put up with quite a bit of tyre roar at higher speeds, particularly from the rear of the car.

Go for the 1.0 T-GDi and you’ll also feel vibrations coming back through the pedals and steering wheel, whereas the 1.4 T-GDi petrol and 1.6 CRDi diesel are smoother and quieter, mainly because you don’t have to work them as hard. Sadly, a hair-trigger accelerator means you have to concentrate to avoid jerky getaways, and the manual gearbox could be slicker.

The PHEV is whisper quiet when it's in electric mode, and the petrol engine is reasonably refined unless you rev it to its upper reaches. It also emulates the rest of the Ceed range in having progressive brakes – something that not all hybrids achieve – and its standard six-speed automatic gearbox works better than the Corolla's CVT system.