When it comes to getting comfortable, the Mercedes EQB gets off to a good start, giving you sport seats in the front with four-way electric lumbar support. You get plenty of reach and height adjustment for the steering wheel, too. What you don't get, though, is quite such a commanding view of the road as in the Volvo XC40 Recharge.

All EQBs come with two 10in screens, one of which is a digital instrument cluster taking the place of conventional dials. The screen can be arranged in a number of different styles and displays, and there are a couple of electric-vehicle specific ones related to efficiency and so on. The rest of the dashboard layout works well, with a simple row of buttons for the climate control.

However, neither will work 100% of the time if you have a car full of people talking, so you also get a touchpad controller (similar to a laptop's) with shortcut buttons between the front seats. There are also two tiny touchpads on the steering wheel spokes that you can use to control either screen.

The one on the left works the central screen, and the one on the right looks after the instrument cluster behind the steering wheel. Either method is much less distracting when you're driving than a pure touchscreen system, giving the EQB an advantage in usability.

Every version gets multicoloured ambient interior lighting, and combined with the twin digital displays, the interior has a clean and modern look. The most prominent areas, such as the top of the doors and dashboard, are upholstered in soft plastic.

Some of the materials used lower down are considerably less appealing than those in your eye line. Overall, the interior quality is roughly on a par with the XC40 Recharge, but not as good as the Q4 e-tron. 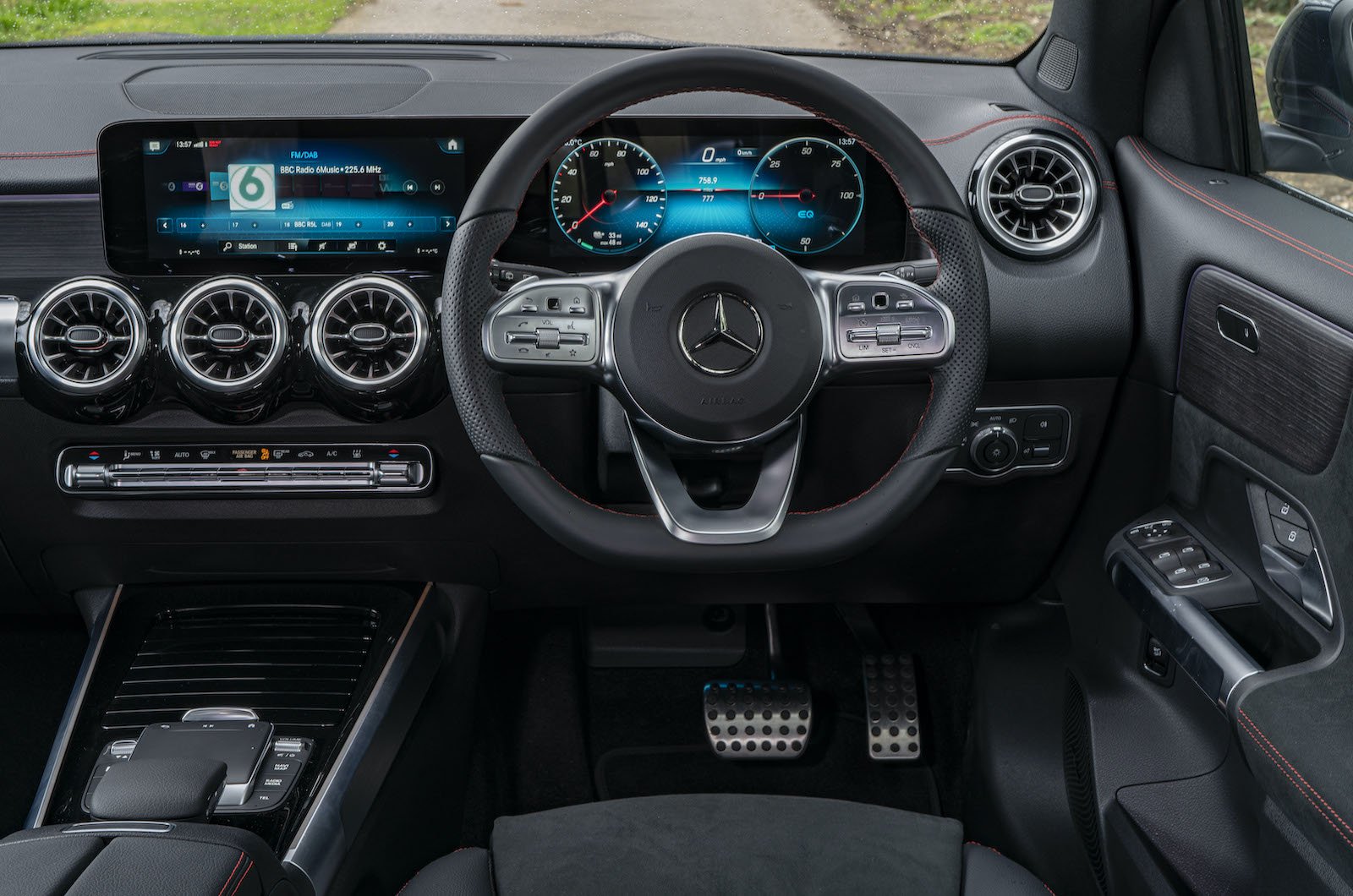