There's only one MG 3 engine choice: a 1.5-litre petrol with 105bhp. That's more power than a Dacia Sandero has and even trumps our favourite Volkswagen Polo, the 1.0 TSI 95.

Sadly, numbers don't tell the whole story. You see, because the MG 3's engine isn’t turbocharged like the majority of its rivals', it feels gutless and asthmatic at low revs. On quicker roads, it’s easier to make use of the engine’s maximum grunt, which arrives at 4500rpm – but once you’re that high up in the rev range, be prepared for quite a lot of vibration and harshness.

Indeed, that buzzy engine never quite fades into the background – you can hear it working away at a steady cruise and there's also plenty of road noise on the motorway. Factor in a gearbox that feels rubbery and imprecise, and a clutch pedal that's vague and hard to judge, and the MG 3 isn't a hatchback you’ll particularly relish throwing down your local B-road.

That said, don’t go thinking the MG 3 is completely without merit. In terms of grip and body control, it's better than the Sandero. However, the steering is overly heavy at parking speeds, and doesn't deliver a great sense of connection with the road when you're going quickly.

Then there's the ride. The MG 3 has firm and fairly unsophisticated suspension, so it doesn't deal well with road scars around town and is positively jarring over potholes. The Sandero is far softer and more agreeable. 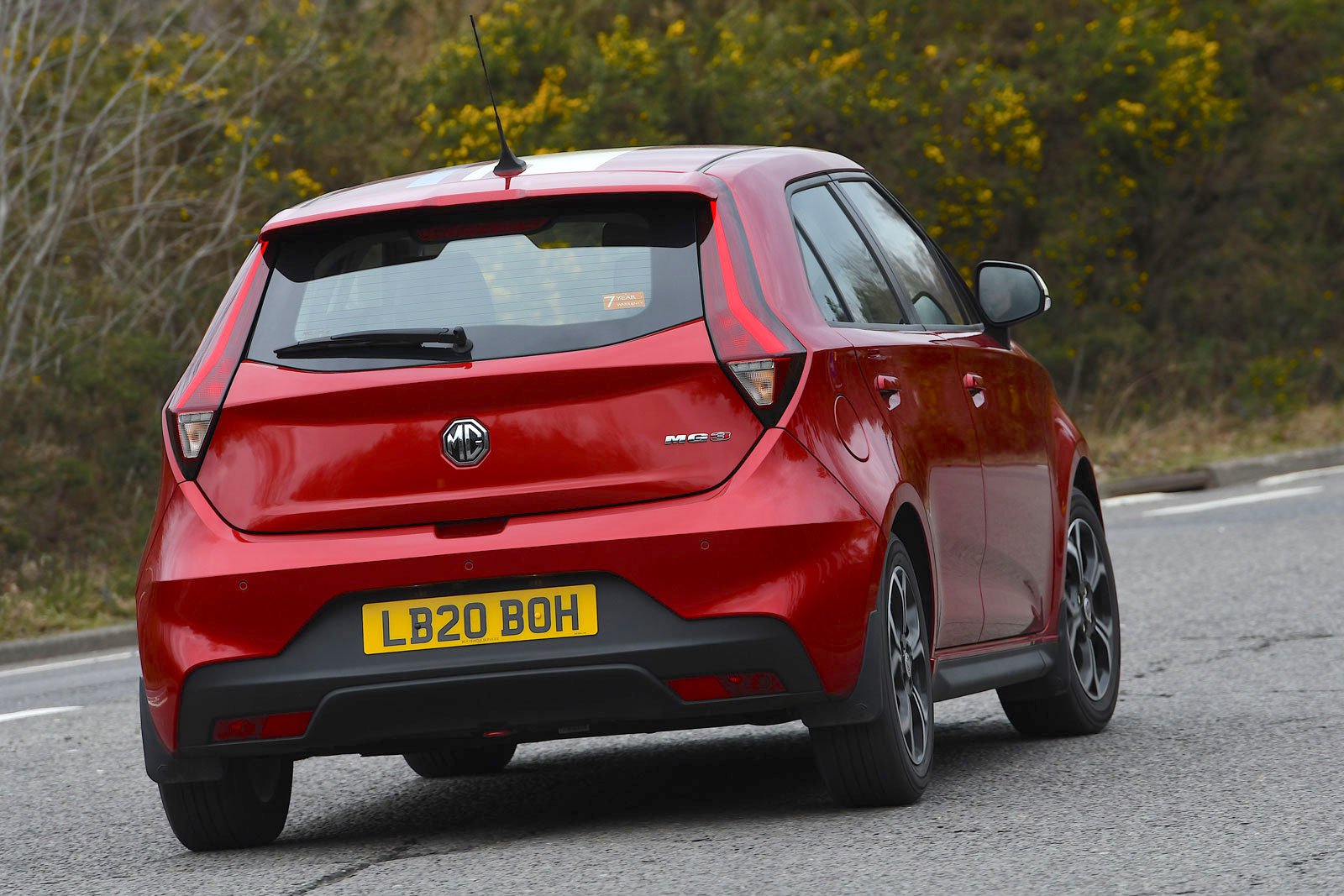