The A-Class hatchback has been revamped for 2015, with updates to its styling, infotainment system and suspension settings... 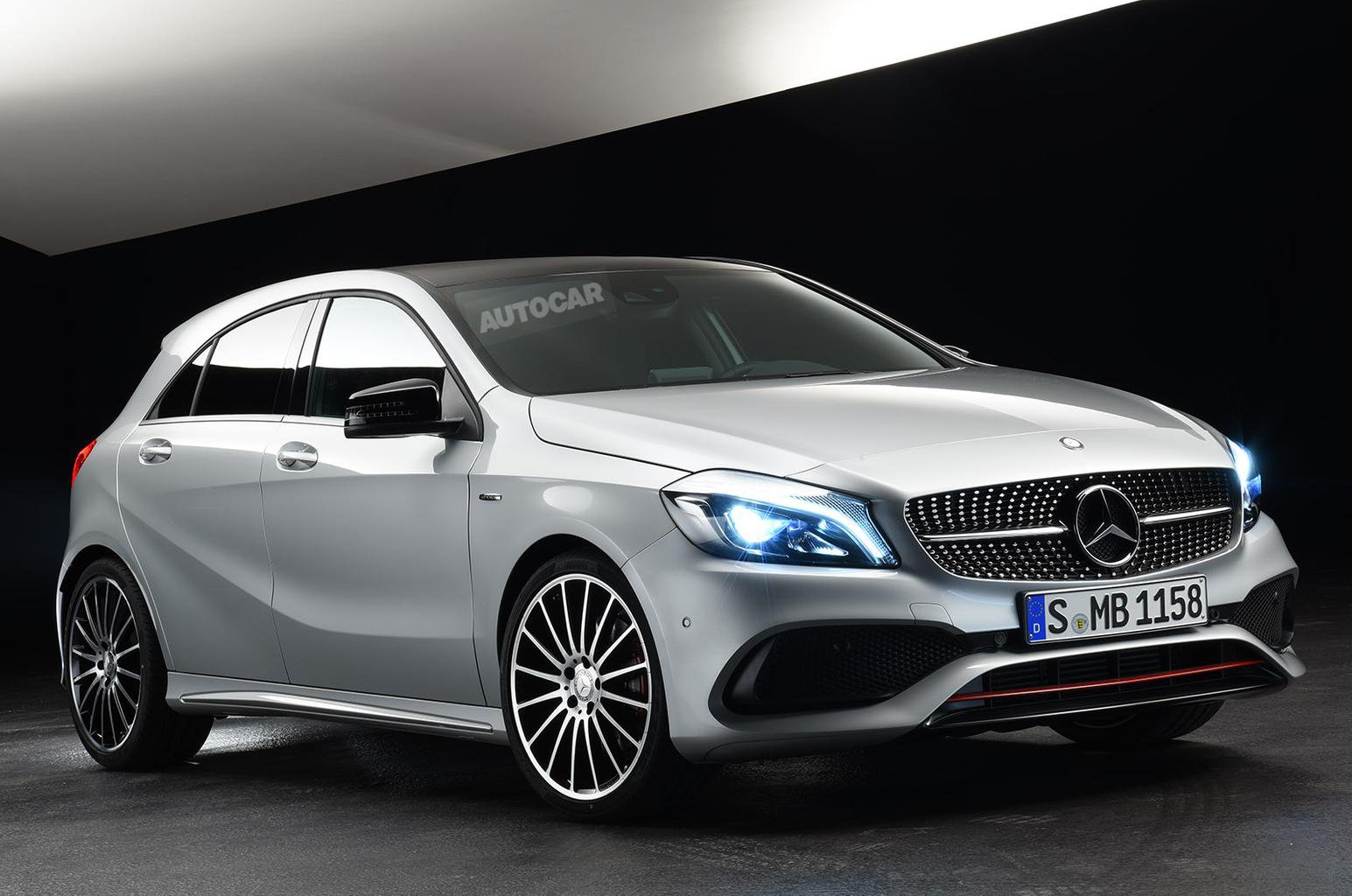 The Mercedes-Benz A-Class has had a significant upgrade for 2015, with a facelift that brings revised engines, new looks and a new motorsport-inspired edition. The first cars start heading to customers in September.

The A-Class hatchback competes against rivals like the BMW 1 Series. It gets a number of upgrades for 2015, with tweaks to the appearance both inside and out.

The front end now comes with Mercedes’ diamond grille as standard, and a revised, more angular front bumper. The rear lights are newly designed while there are optional LED headlights at the front.

Inside there are new materials, and a range of new interior colours and optional ambiance lighting in higher trim models.

As well as the visual changes, the 2015 Mercedes-Benz A-Class will feature an optional adaptive damping system, in a bid to improve the outgoing model’s ride quality.

The adaptive damping system, called Dynamic Select, has been honed at the premium German car firm’s Sindelfingen research and development facility, where a prototype A-Class was subjected to 10 weeks of testing on a ride simulator during the early stages of development. However, Mercedes has admitted that the new setup has not yet been tested in the UK.

There are three modes on the adaptive damping system – Comfort, Sport and Eco. The Comfort setting allows more travel, while ironing out smaller, harsher bumps in the road.

Sport setting offers less travel and sharper responses, but smaller bumps are more apparent. Despite this, Mercedes-Benz states its engineers have tuned the Sport setting to be softer and more compliant than its key rivals. Sport trim models will get the system as standard, while it is also offered in combination with the 7G-DCT gearbox.

The 180 diesel engine is the version with the most notable fuel economy improvement, with official consumption of 80.7mpg. The CO2 emissions have been reduced by 9g/km to 89g/km.

The A220 diesel now comes with more power, with 175bhp available, up from the pre-facelift version’s 168bhp. This doesn’t bring any notable boost in performance, or affect emissions and economy.

The model range also adopts Mercedes’ new naming structure. Petrol models now just have a number to denote their variant, but diesel models will have a ‘d’ after their name, rather than the old versions, which were identified with a ‘CDI’ badge.

Mercedes says that the fuel economy of the A45 AMG has also been kept at the same 40.9mpg, and CO2 emissions of 162g/km.

The upgraded infotainment system now comes with a larger, 8in, screen on higher trim levels. It is also compatible with Apple Carplay and the Android pairing system, Mirrorlink. This allows integration with a wide range of the latest smartphones so that a series of applications can be displayed on the screen.

A new ‘Motorsport Edition’ has also been created, inspired by the company’s Formula 1 team. Parts of the car, including sections of the alloy wheels, are painted in the same petrol green that features on the F1 car, and the colour also features on the sports seats and dashboard. It is set to be offered on the A220 d model upwards, although it has not yet been confirmed as coming to the UK.

Prices will be announced closer to the car’s on-sale date in July, but are not expected to vary considerably from the current line-up, which starts at £20,715 for the A180 SE.

The current Mercedes A-Class is available with discounts of between £1800 and £3200. Facelifts tend not to change discount policies drastically so it is highly likely that a similar level of savings will be available in time, even if not immediately.