The new Toyota Yaris Cross will be the brand’s smallest and most affordable SUV. Here’s everything you need to know about it...

It's funny how fashions change. In 2012, Toyota discontinued its last small SUV, the Urban Cruiser, after three years of sluggish sales (although the fact its name made it sound like the kind of person who engages in dubious night-time activities probably didn't help its popularity). However, fast forward to today and cars of this sort are in huge demand, which is why the Japanese brand is preparing to launch a successor: the Toyota Yaris Cross.

As its name suggests, it's closely related to the fourth-generation Yaris hatchback, which went on sale this autumn. But just as you wouldn’t mistake the rival Nissan Juke for a Micra, despite the two models having plenty in common mechanically, the Yaris Cross gets its own distinct look.

Other small SUVs that it will have to beat include the Peugeot 2008, Renault Captur and Volkswagen T-Cross, plus our 2020 Car of the Year, the Ford Puma. 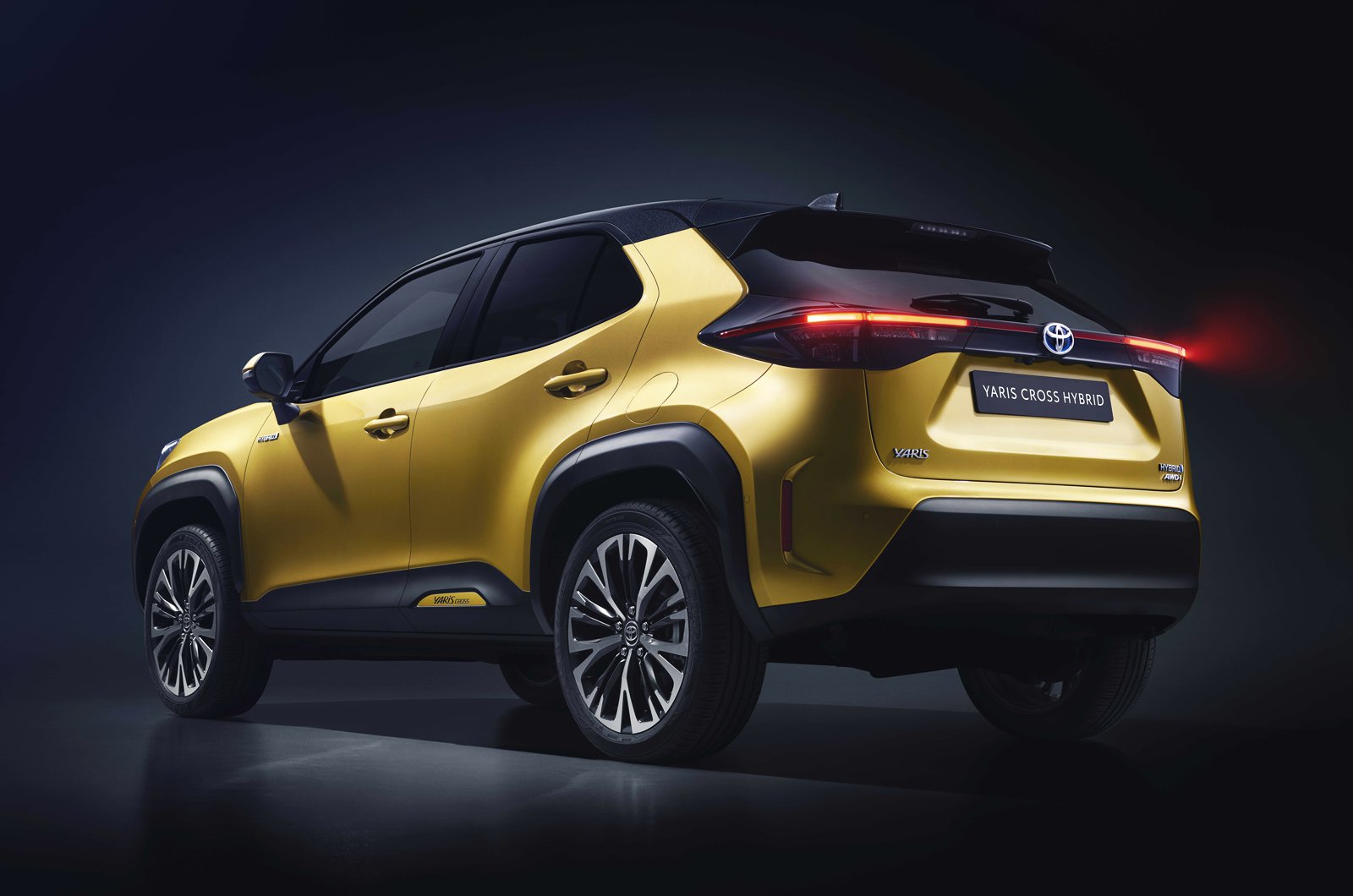 Toyota has become synonymous with hybrid power in recent years, and the Yaris Cross continues its march in that direction, with the only engine option a 1.5-litre petrol that works in conjunction with an electric motor to produce a combined 114bhp.

It’s the same setup that you get in the latest Yaris hatchback. And the good news is it impresses in that car, switching between petrol and electric power almost imperceptibly. Refinement is further enhanced by a new CVT automatic gearbox, which is much less inclined to send the engine revs soaring than other CVTs.

Despite their rugged looks, most small SUVs aren’t actually available with four-wheel drive, but the Yaris Cross is an exception, with that version still emitting less than 135g/km of CO2 in official WLTP tests. Front-wheel-drive versions, meanwhile, emit less than 120g/km. 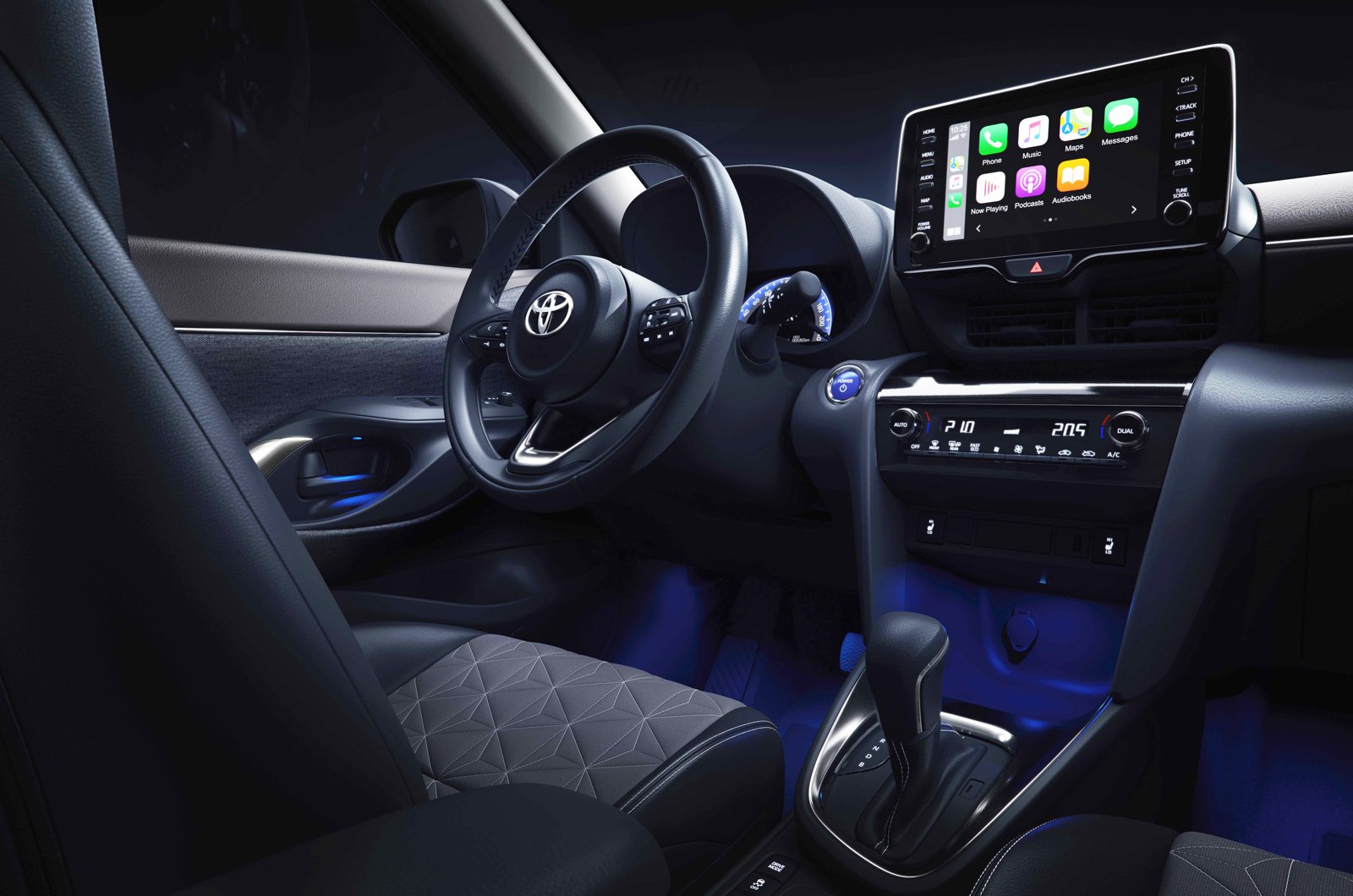 As with the exterior, the Yaris Cross gets its own interior design, although this isn't quite so distinct; the centre console is deeper than the Yaris hatchback's and it features more gloss black plastic, but details like the air vents and the metallic strip running across the upper dashboard are carried over.

The touchscreen infotainment system also appears to be the same, which would mean sluggish responses and dated graphics, although you do get handy shortcut buttons, and you can bypass Toyota's own software thanks to the presence of Apple CarPlay and Android Auto smartphone mirroring.

We're yet to sit in the Yaris Cross, so can't comment on passenger space. However, the boot features useful touches such as a height-adjustable floor and straps for holding smaller items of luggage in place. You can also have a powered tailgate that opens automatically when you aim a kick beneath the rear bumper – useful when you've got your hands full of shopping. 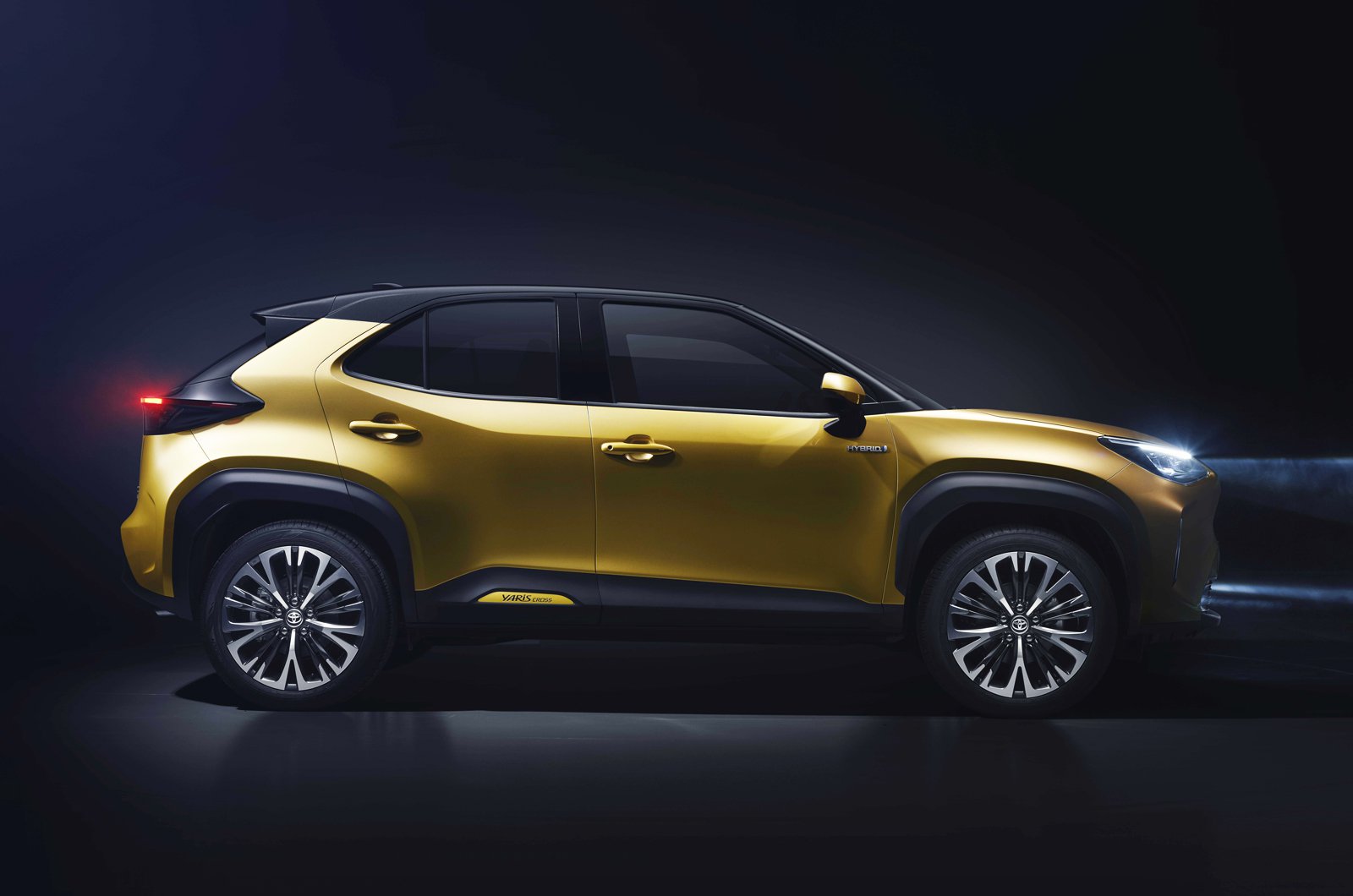 The Yaris Cross sits beneath the C-HR in Toyota's SUV range, and with that model costing from £26,250, a starting price in the low 20s seems likely. This would also keep the Yaris Cross competitive with the award-winning Puma, which costs from £22,0305

The Yaris Cross is one of 14 cars in contention for the 2021 What Car? Reader Award, which will go to the upcoming model that people are most excited about. You can cast your vote here.