Most luxury SUVs deal in big, brash design. However, the best back this up with a wow factor interior that offers supreme comfort and quality. Plus, they're as fast as they are quiet...

WINNER: Luxury SUV of the Year

You know those movies like Back to the Future in which someone travels through time and creates a paradox that alters reality in the present day? Well, we have a sneaking suspicion something similar must have happened to leave us with the BMW X5 xDrive45e.

Luxury SUVs were once so reviled for their thirst and high emissions that they seemed doomed, but now this plug-in hybrid example is among the most efficient cars on the road. It’s potentially one of the cheapest to run, too. 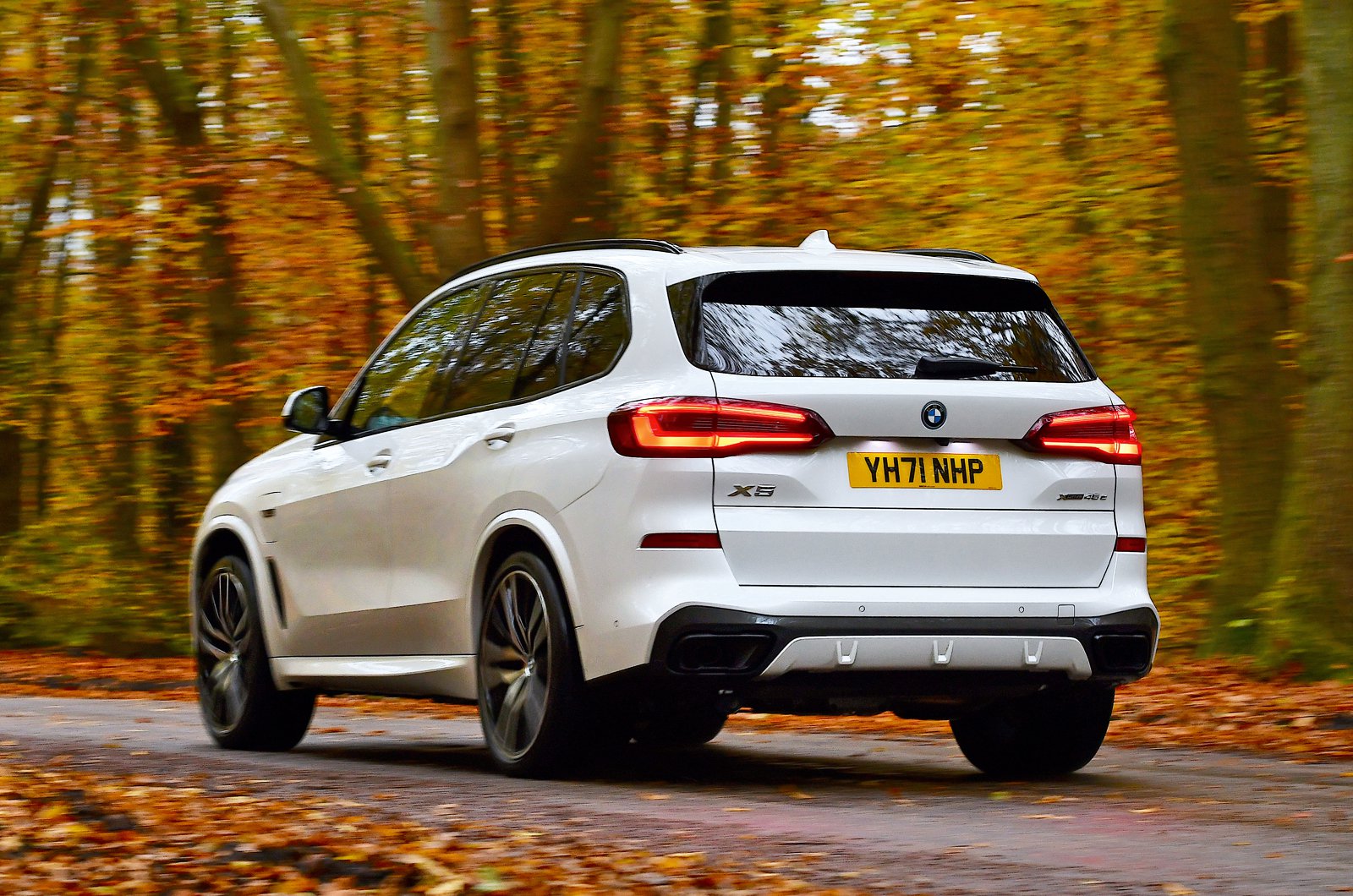 Even by the standards of other upmarket plug-in hybrids, the 45e’s fuel economy and CO2 emissions figures are spectacular. This X5 emits just 29g/km of CO2 and consumes petrol at a rate of 217.3mpg officially (although that will only be achievable if you charge it up regularly and do mostly short journeys). At the same time, the 24kWh battery allows it to cover up to 52 miles on electric power alone. That’s around twice the distance that rivals including the Audi Q7 55 TFSIe, Porsche Cayenne E-Hybrid and Volvo XC90 Recharge T8 can manage.

Such a combination means company car drivers will pay tax on just 7% of the car’s list price per year, so the 45e is cheaper for them to run than any of its contemporaries, and far less costly than conventional petrol or diesel equivalents. Only fully electric rivals such as the Audi E-tron and Jaguar I-Pace are more favourable.

Even if you put efficiency and costs to one side for a minute, the X5 fulfils all the requirements of a top luxury SUV, starting with punchy performance. With the smooth six-cylinder petrol engine and electric motor working together, this 2.5-tonne beast barrels from 0-62mph quicker than the equivalent Q7 (although the Cayenne is quicker still), and it can easily keep up with motorway traffic while running on electric power alone. 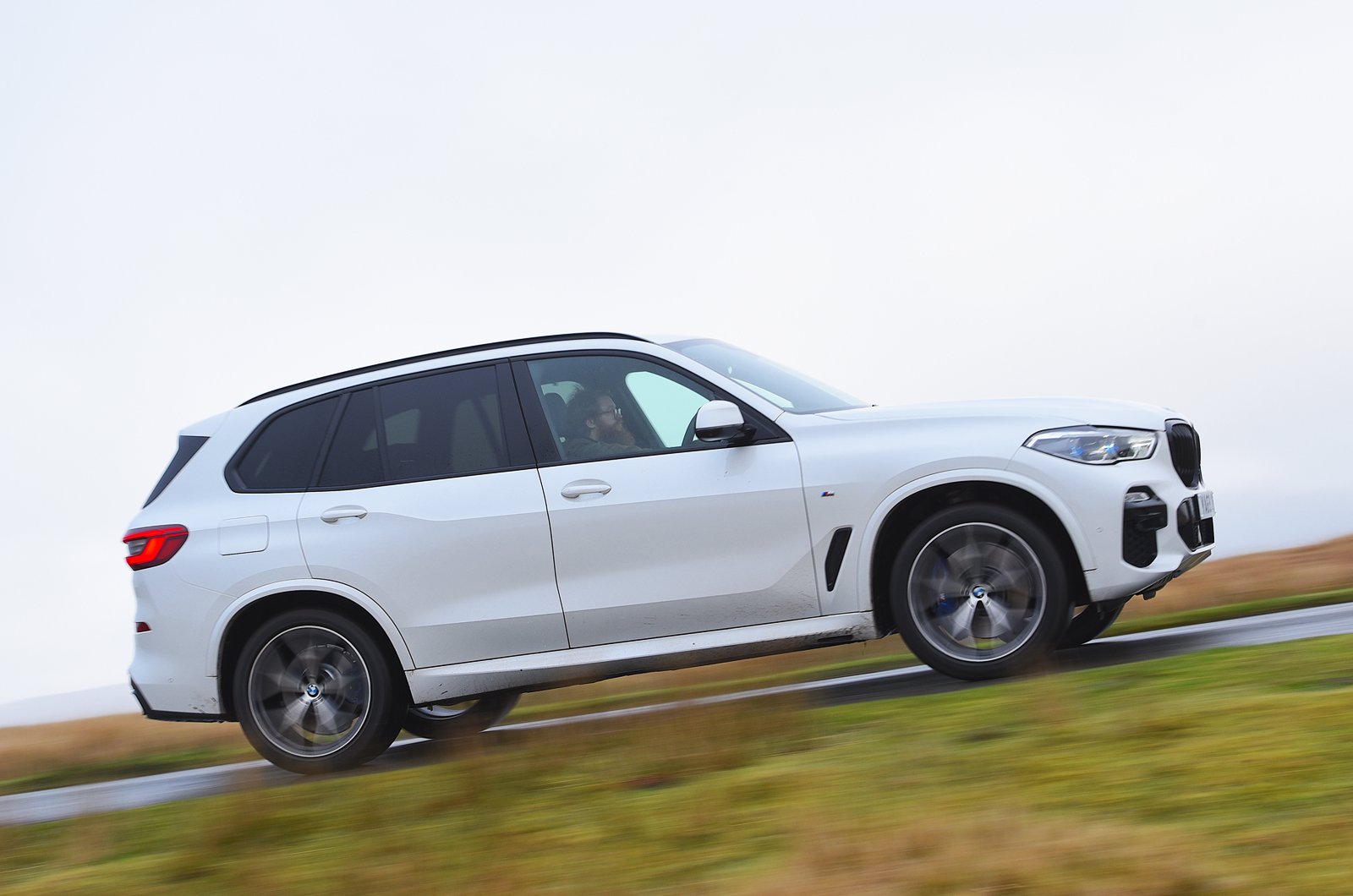 Although the X5 feels firmer than the Q7, the standard air suspension helps to deliver a smooth ride, trumping the sometimes unsettled XC90 in this regard. It’s also more agile and enjoyable to drive than the Range Rover Sport. In fact, the only rival you might choose over it for pure driving pleasure is the Cayenne.

For some, the fact that you can’t have the 45e with seven seats (as you can with other X5s) might come as a disappointment when the XC90 retains its standard third row in plug-in guise, but we’ve always felt that the X5 is at its best as a five-seater anyway.

Although the Q7 and XC90 offer more rear seat space and bigger boots, you’d never accuse the 45e of being short on space or practicality, and its interior is right up there with the best in class when it comes to the standard of fit and finish. And the icing on the cake is an infotainment system that blows everything else out of the water for user-friendliness. 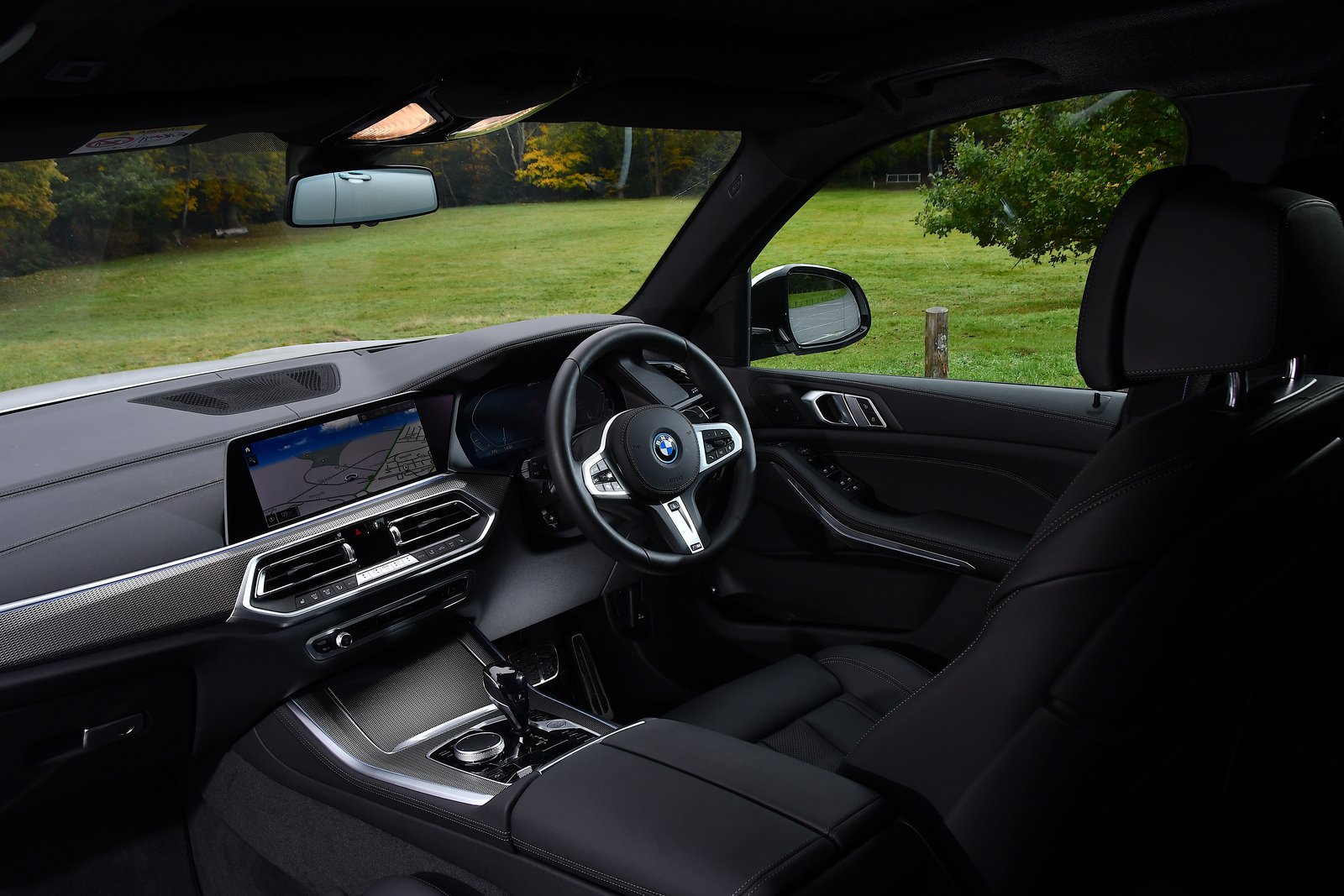 Even when judged purely by traditional luxury SUV standards, the X5 is hard to beat as an overall package. When you factor in the 45e’s remarkable efficiency and long electric range as well, the case for choosing it becomes absolutely watertight.

Just like in Back to the Future, this new reality is far more appealing.