DSG what's that then?

* Your car questions answered * From scrappage doubts to warranty worries * Ask us here, too... 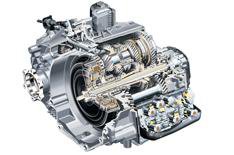 Q) Could you please explain the difference between a 'DSG' and a normal automatic gearbox? I want to buy a Skoda Octavia 1.8 TSI, but the only automatic option seems to be a seven-speed 'DSG'.
Terry Mould

A) The DSG (or Direct-Shift Gearbox) is a semi-automatic gearbox made by Volkswagen. Unlike a conventional automatic 'box, which uses a 'torque converter' instead of a traditional clutch, the DSG has two clutches. As you select one gear, the next is automatically pre-selected, which enables much faster changes. The DSG is also more fuel efficient than a torque converter, because it wastes less energy.

Although the DSG is technically an automated manual gearbox rather than a full automatic it will change gear for you just like any other auto 'box. You also have the option to change gear manually, by moving the gearlever up or down.

At 1110 it's an expensive option, but you should make some of that back in fuel savings. Fitted with the seven-speed DSG gearbox the Skoda Octavia 1.8 TSI is more efficient than with a manual transmission.

It's also worth mentioning that it's okay to drive a car with a DSG semi-automatic gearbox if you have an automatic licence.