First details of the new Citroën C3, a stylish Ford Fiesta rival that will go on sale in the UK this October... 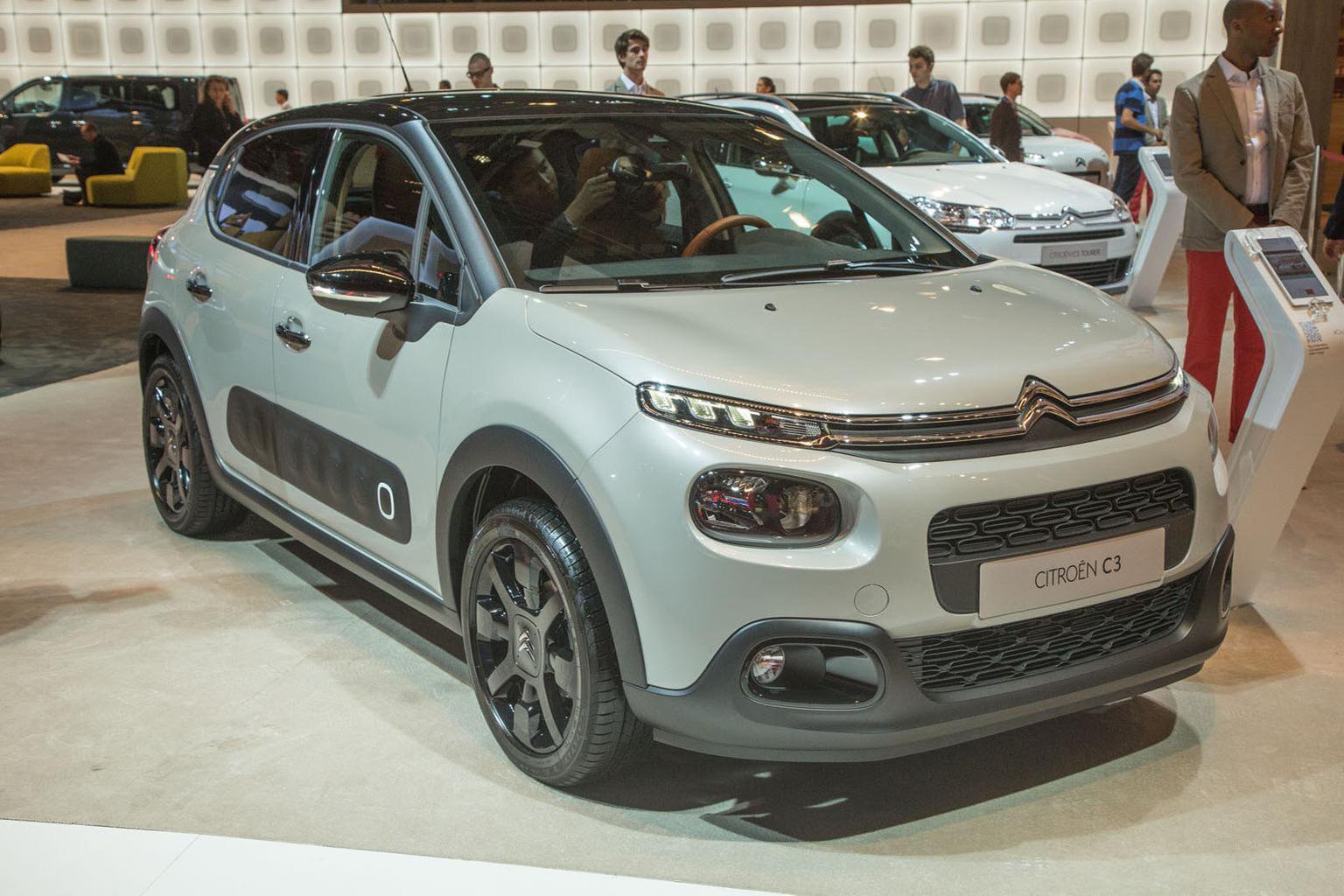 The new Citroën C3 is said to draw inspiration from furniture and travel, but in reality it seems to have far more in common with the Citroën C4 Cactus.

Like that car, the C3 has slim daytime running lights above its main headlights – an arrangement that gives it an aggressive appearance. It also has the distinctive door-mounted ‘Airbumps’ pioneered by the Cactus, which are designed to protect the bodywork from runaway shopping trolleys and the like.

The new C3 is a rival for city-friendly hatchbacks such as the Ford Fiesta and Vauxhall Corsa. This means it’s smaller than the C4 Cactus, although it uses a modified version of that car’s mechanical platform.

Citroën is promising that the new C3 will be one of the quietest cars of its kind, thanks to class-leading sound proofing. The French manufacturer also claims to have paid great attention to the design of the seats, making them soft and welcoming to sit in, yet firm and reassuring on the move. 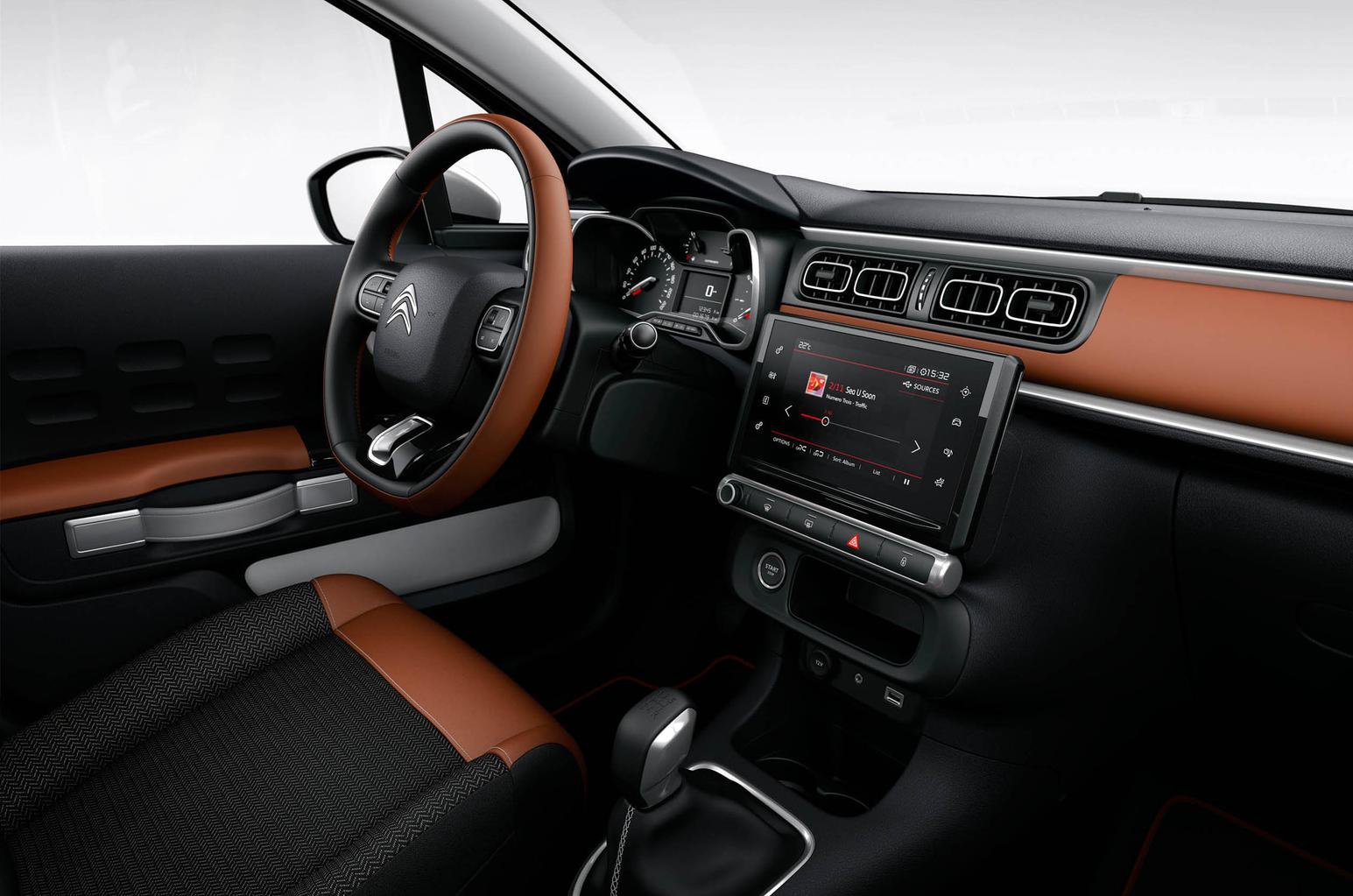 Boot space is class-competitive, meaning there’s room for the weekly food shop or a folded baby buggy. But unlike the Fiesta and Corsa, the C3 is available with five doors only: there’s no three-door model.

The new C3 will be available with three different versions of Citroën’s three-cylinder PureTech petrol engine, which produce 67, 81 and 109bhp respectively. There will also be 74 and 99bhp 1.6-litre diesel models.

Meanwhile, gearbox options are five- and six-speed manuals or a six-speed automatic.

Fuel economy figures haven’t been announced yet, but the Peugeot 208 (below) uses those same engines: in that car, the petrols can average more than 60mpg, and the diesels more than 80mpg.

What equipment does the Citroën C3 come with?

Citroën is following the example of its sister brand DS by offering lots of customisation options in an effort to win over younger buyers.

The new C3 will be available in nine body colours and three roof colours for a total of 36 combinations. There will be four interior themes, including ‘Urban Red’, which includes red stitching and red dashboard trim.

The attempt to attract the youth vote continues with a system called Citroën ConnectedCam, a windscreen-mounted wide angle camera with GPS and a web connection. This can be used to make 20sec videos when the car is stationary, and allows images to be sent directly to social media. 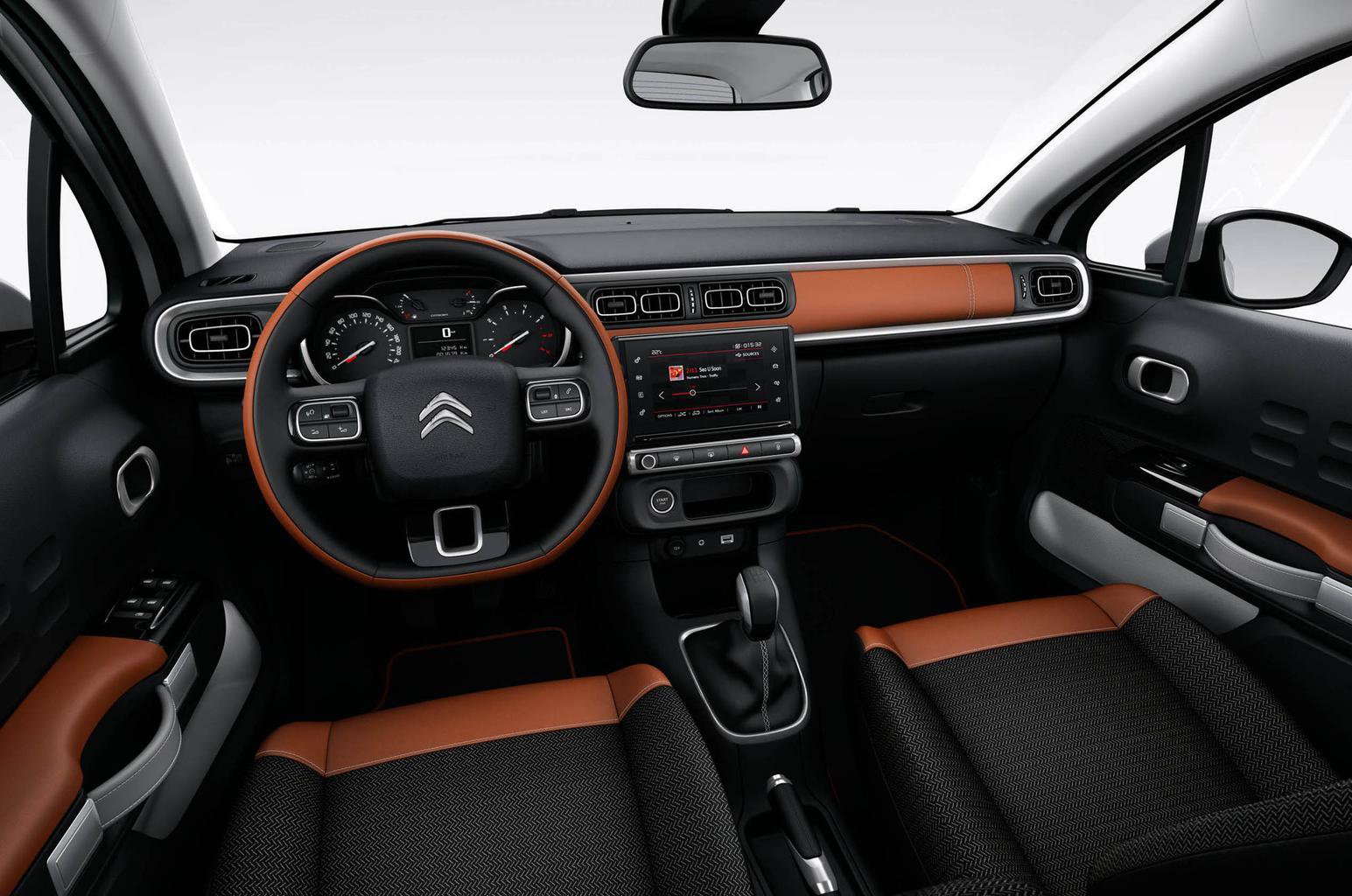 How much does the new Citroën C3 cost?

Prices are still to be confirmed, but it's expected to cost somewhere between the outgoing C3, which is available from £11,280, and the DS 3, which costs from £13,995.

However, Citroën dealers are famous for offering healthy discounts, so it should be worth haggling with the dealer. 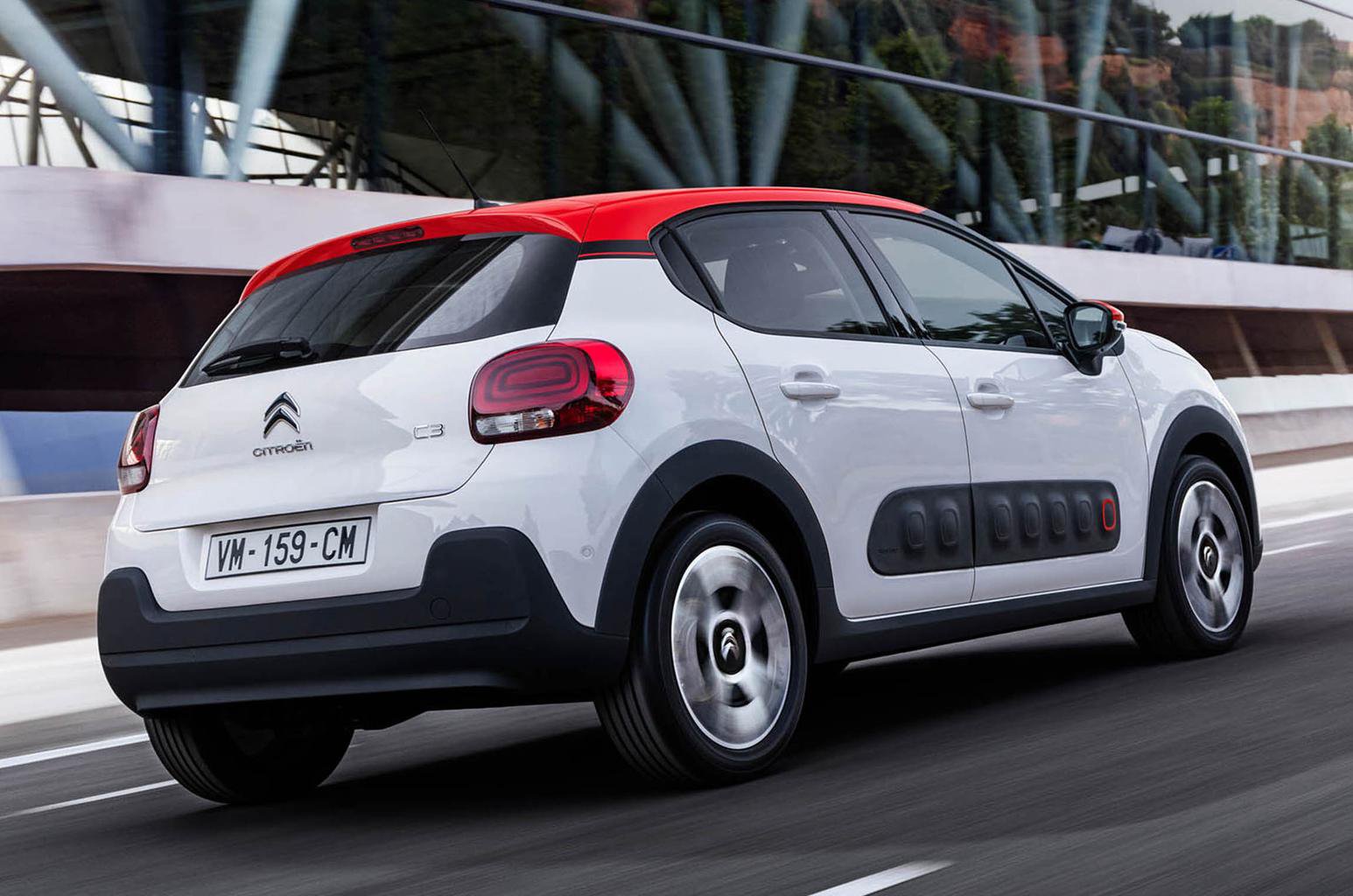 How good are the Citroën C3’s rivals?

The Skoda Fabia was the 2015 What Car? Car of the Year, and it remains the pick of the small hatchback crop due to its spacious interior, attractive pricing and composed handling.

Britain’s best-selling car, the Ford Fiesta, also has plenty of appeal, thanks to its sharp handling and precise steering - especially given that this driving fun doesn’t come at the expense of a comfortable ride.

Alternatively, given the new C3’s rugged looks, you might want to consider a small SUV, such as the Mazda CX-3, Renault Captur or Suzuki Vitara.