The i10 is more expensive for cash buyers. This is exacerbated at the moment because, unlike the already cheaper Picanto, there aren’t any big discounts on what’s still a freshly minted car. Hyundai dealers’ resolve is likely to weaken at some point, though.

When it comes to leasing, the i10 is £1 cheaper, at £180 per month. Insuring the i10 is more expensive, but you should make that back in fuel savings. We managed a test figure of 42.9mpg, versus the Picanto’s 39.8mpg. The i10’s extra efficiency also means much lower CO2 emissions and, consequently, a lower company car tax band. However, you’ll still pay a few pounds more per month in benefit-in-kind tax for the i10, due to its higher list price. 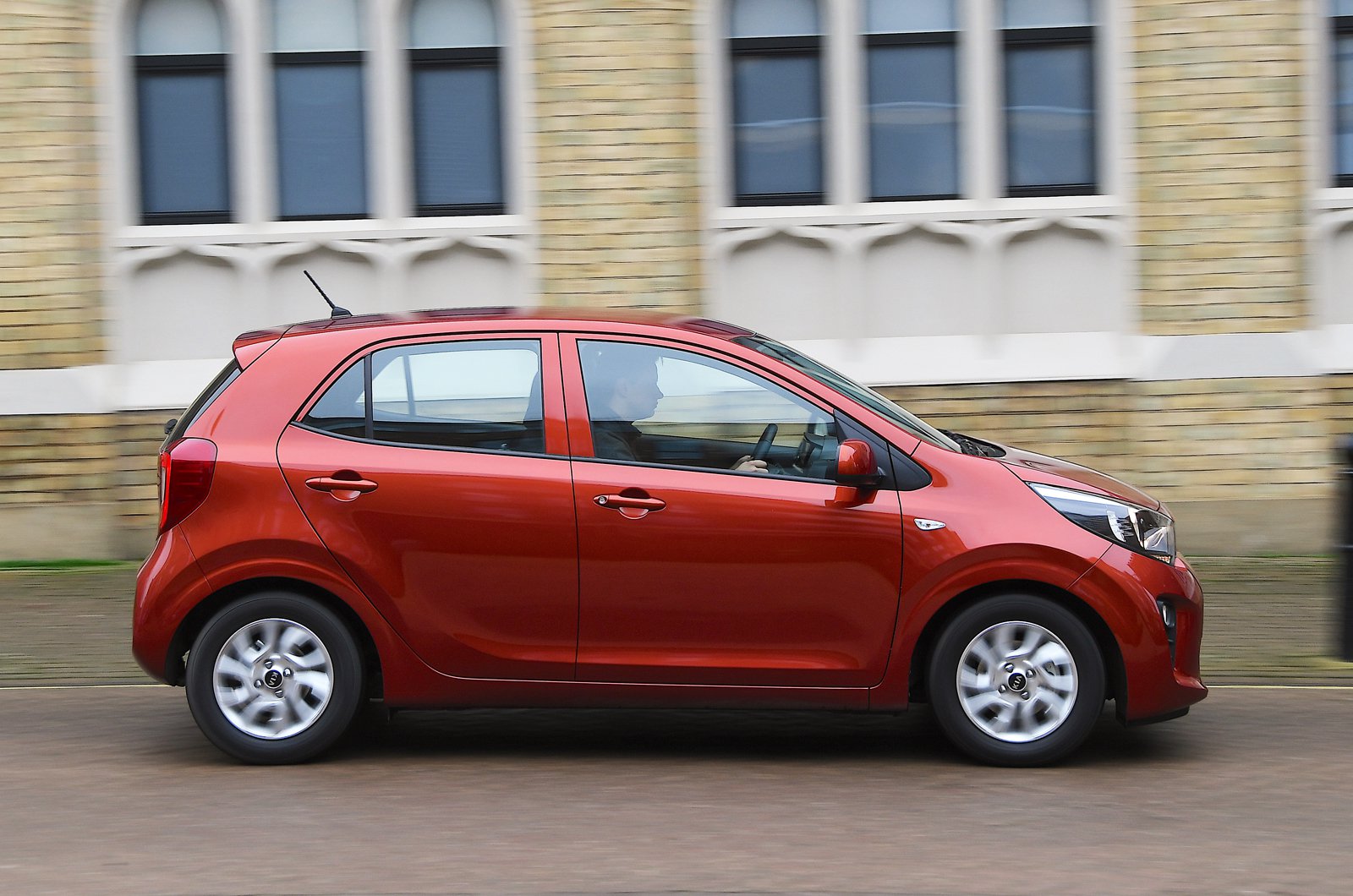 The trade-off is that you get more kit with the i10. Although the Picanto alone has climate control (the i10 makes do with manual air conditioning) and both have four electric windows, electric door mirrors, automatic headlights, a leather-trimmed steering wheel and gearlever and alloy wheels (16in for the i10, 15in for the Picanto), the i10 goes further. It adds luxuries such as heated front seats, a heated steering wheel and privacy glass.

Both cars come with automatic emergency braking, but the i10 has features that aren’t available on the Picanto, such as lane departure warning, lane-keeping assistance (to push you back within your lane if you stray), automatic main beam and a driver attention monitor.

At the time of writing, Euro NCAP hadn’t appraised the new i10 for safety, although the Picanto achieved four stars overall (out of a possible five). That may not sound great, but it’s better than a Volkswagen Up or Toyota Aygo, which each achieved three stars.

Kia and Hyundai did well in the 2019 What Car? Reliability Survey, ending up sixth and seventh respectively in a field of 31. Kia’s seven-year/100,000-mile warranty trumps Hyundai’s five-year cover, although there’s no mileage limit for the i10.