The previous i10 was a great city car and this new model looks to build on its strengths.

The agile Picanto is a long-time award winner and our current Value Car of the Year.

Watches. They come in all shapes and sizes, and to every taste and budget, but the fact is this: if you spend a gazillion quid on a Breitling or a Rolex, it’ll tell exactly the same time as that fella over there’s Swatch, which cost the same as a round of fish ’n’ chips.

It’s the same with cars. Yes, a luxurious limousine will massage your backside as you squeeze through urban traffic, but when it comes to getting you from the suburbs to the centre, a city car will do the job just as ably. The biggest difference is that because a city car is a darned sight dinkier, you’ll have a less stressful time finding a parking space. 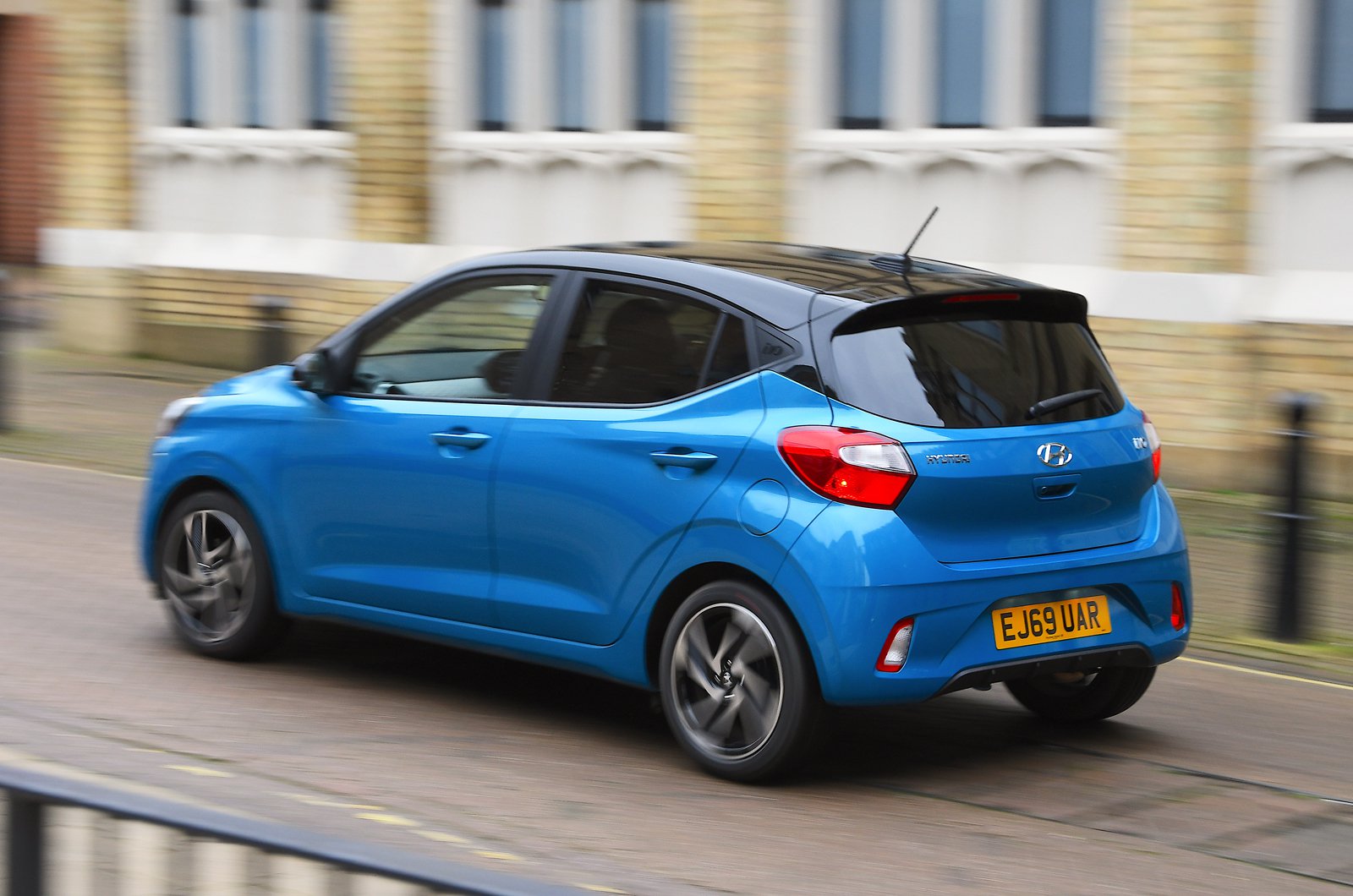 At this moment in time, the Kia Picanto is the pick of the bunch and our current Value Car of the Year. That’s because, like a Swatch, it’s reliable, comes in a multitude of colours and, above all, represents great value for money. Unlike a Swatch, it also handles tidily and can carry up to five people and some luggage.

Time waits for no man (or car), though, and we have a challenger: the latest Hyundai i10. It shares much of its underpinnings with the Picanto, yet Hyundai claims it is a more upmarket proposition, citing comfort and space as just two of the reasons why you should choose one over its rivals.

To find out if that’s true, we’re testing both cars in high-end trims and with similarly powerful four-cylinder petrol engines. 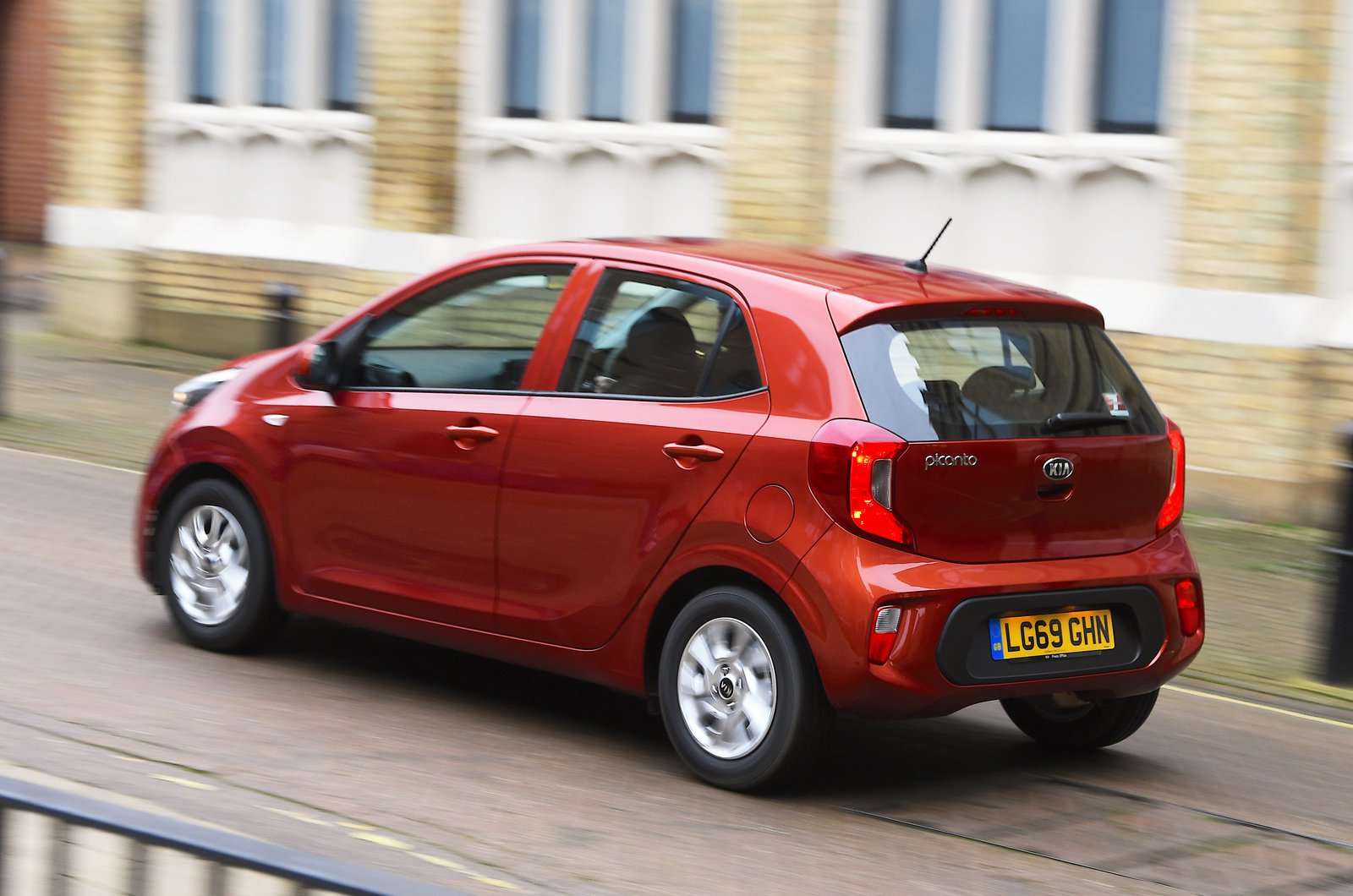 Imagine a double espresso. It’s about 50ml, and that’s how much bigger the Picanto’s engine is over the i10’s. Doesn’t sound like much, does it? But it makes a heap of difference when it comes to performance. Compared with the i10, the Picanto feels double-espresso-shot peppy when you rev it hard through each of its five manual gears (the i10 also has a five-speed gearbox) and it pulls far more effectively when you put your foot down at low revs.

That’s not only useful for nipping around town but it also makes all the difference when trying to compete in the fast lane of a motorway. The the i10 is usable in those scenarios, too, but you’re working its engine and gearbox harder, which makes it more taxing to drive.

Speaking of taxing, you need to concentrate on your clutch technique in the i10, because its engine feels frustratingly lethargic when you’re pulling away. This leads to some heart-in-mouth moments when you think it’s about to stall, and thereafter you also have to contend with a few flat spots in its power delivery as you accelerate up to speed. 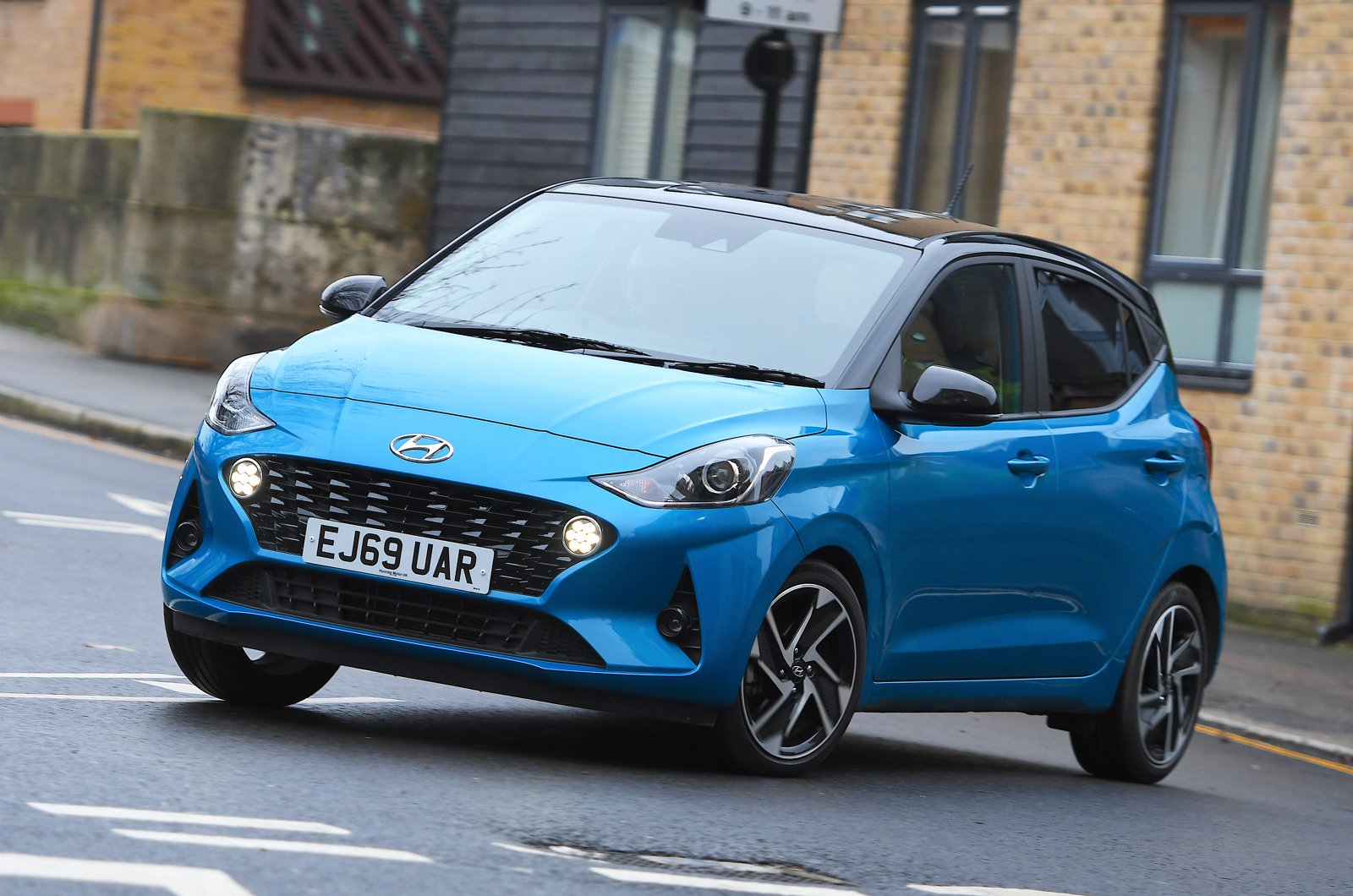 The Picanto’s engine isn’t as mercurial, but it is slightly noisier as you pick up the pace. By the time you hit motorway speeds, noise is a significant plight of Picanto ownership. At 70mph, the extra engine drone is palpable and wind and road noise also exceed the levels of its relatively peaceful rival.

Each car’s gearbox is a joy to use, although the i10’s is a smidge slicker and its brakes aren’t quite as aggressively sharp in traffic. On which subject, if you’re braking hard from 70mph in the wet, we found the Picanto takes a staggering 12 metres longer to stop. That could be the difference between getting home with sweaty palms or filling out insurance forms with a sense of shame.

Why such a difference? It’s because the Picanto’s Nexen tyres don’t generate as much grip as the i10’s Michelins in the wet, but that doesn’t detract from the car’s overall cornering balance, which is more playful than the i10’s. Both cars are stable and predictable and tighten their line if you lift off the accelerator slightly to prevent the nose from running wide, but the Picanto is more agile. 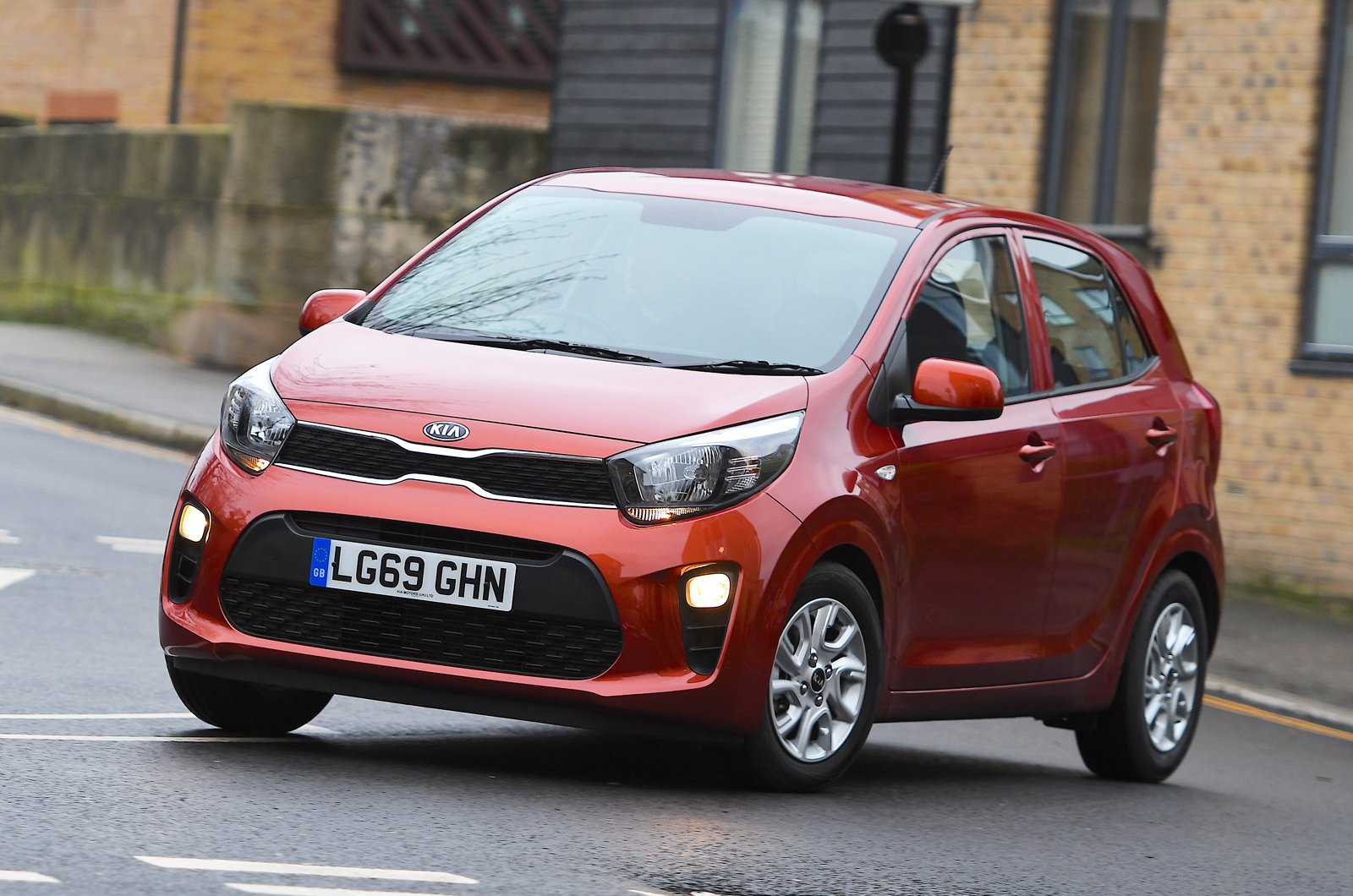 It’s more stable over extreme undulations and leans less in tight bends, too. Still, the i10’s extra grip is certainly confidence-inspiring and, by a whisker, the weight and feel of its steering is sweeter for country roads. They both work brilliantly in town, feeling light and nimble, and ultra-tight turning circles make them very easy cars in which to do U-turns.

Because it’s a little softer, the i10 feels impressively supple for such a small car and is more forgiving than its rival. It pads gently over the kind of bumps that would have knocked your teeth out in city cars of old, and at higher speeds it settles into a relatively relaxed stride that allows the miles to roll by. The Picanto isn’t bad by wider class standards, but it kicks you harder over potholes and jiggles you about more on motorways.