* Estate version of 308 gets 610-litre boot * Likely to have longer wheelbase than hatch * Makes its show debut in March; on sale in the spring... 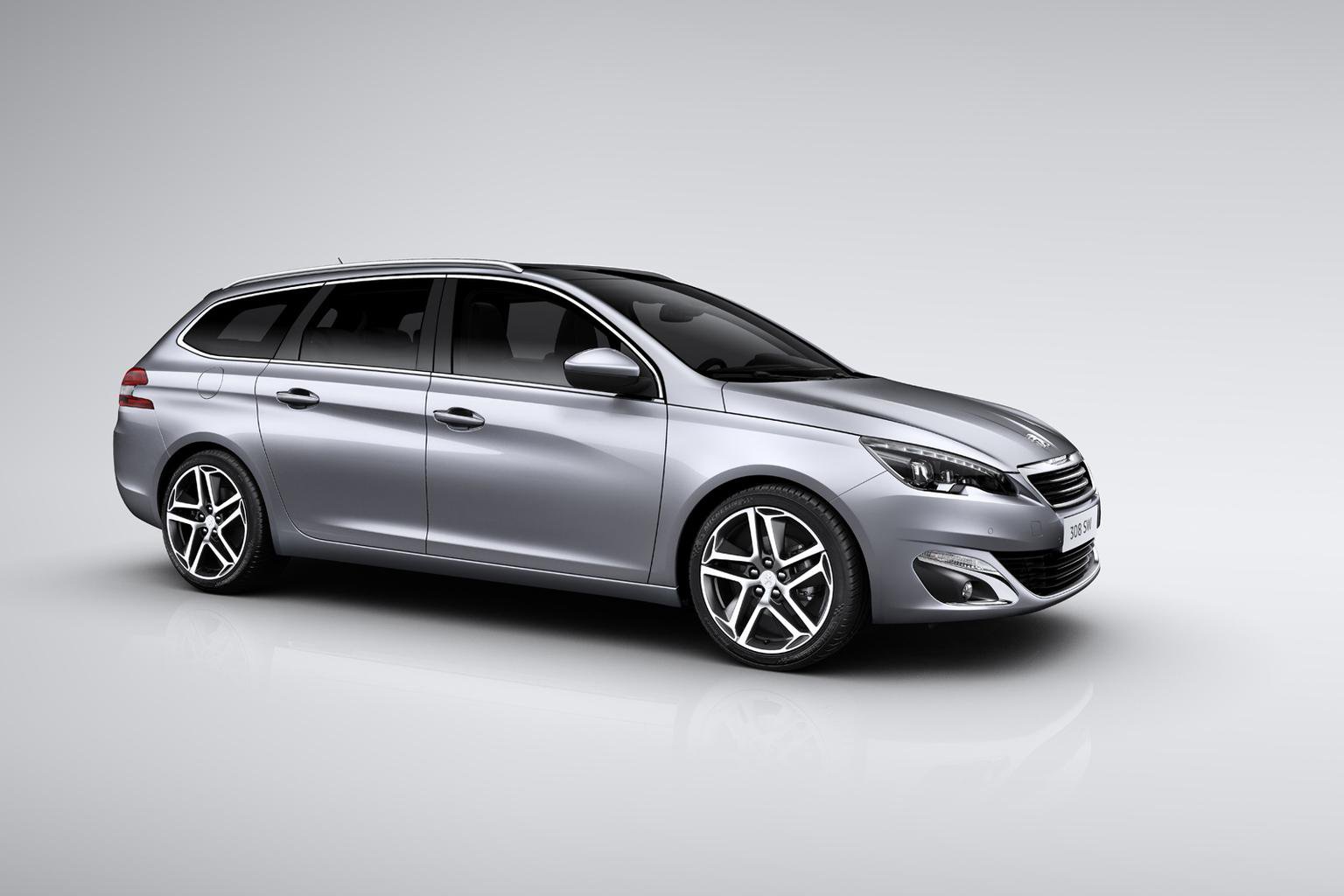 This is the Peugeot 308 SW, the estate version of the company’s new hatchback, revealed at the Geneva motor show.

The 308 SW promises to be classier, cleaner and more practical than its predecessor. The estate is 33cm longer than the new hatchback, and has an additional 140 litres of boot space; maximum stowage with the rear seats up is 610 litres. That means load capacity is on a par with both the Skoda Octavia and VW Golf estates, but slightly less than the new Honda Civic Tourer.

The rear seats can be folded via handles in the boot, which Peugeot says will give the 308 SW a flat, uncluttered load bay. The outgoing 308 SW had an extra nine centimetres in the wheelbase compared with the hatchback, and it’s possible that Peugeot will offer similar in the new SW. The pictures in the gallery above certainly appear to show the rear wheels slightly farther back from the passenger doors.

One reason for the wheelbase increase in the previous estate was to allow easy entry into the two occasional seats located in the boot. While we think the new 308 SW will be stretched between the wheels, it’s unlikely that a seven-seat option will be offered. There is low demand for such models in the UK, and the added weight would negate the 140kg that Peugeot’s saved using its latest chassis platform.

The engine options and specification levels are likely to match the 308 hatchback. That means all models should get digital radio, Bluetooth, a USB port, air-conditioning, remote central locking, electric front windows, and cruise control.

The 308 SW will be available with a tax-busting 1.6 Blue HDi diesel engine at launch. In the SW, it will emit 85g/km of CO2, which means fuel economy of around 88mpg.