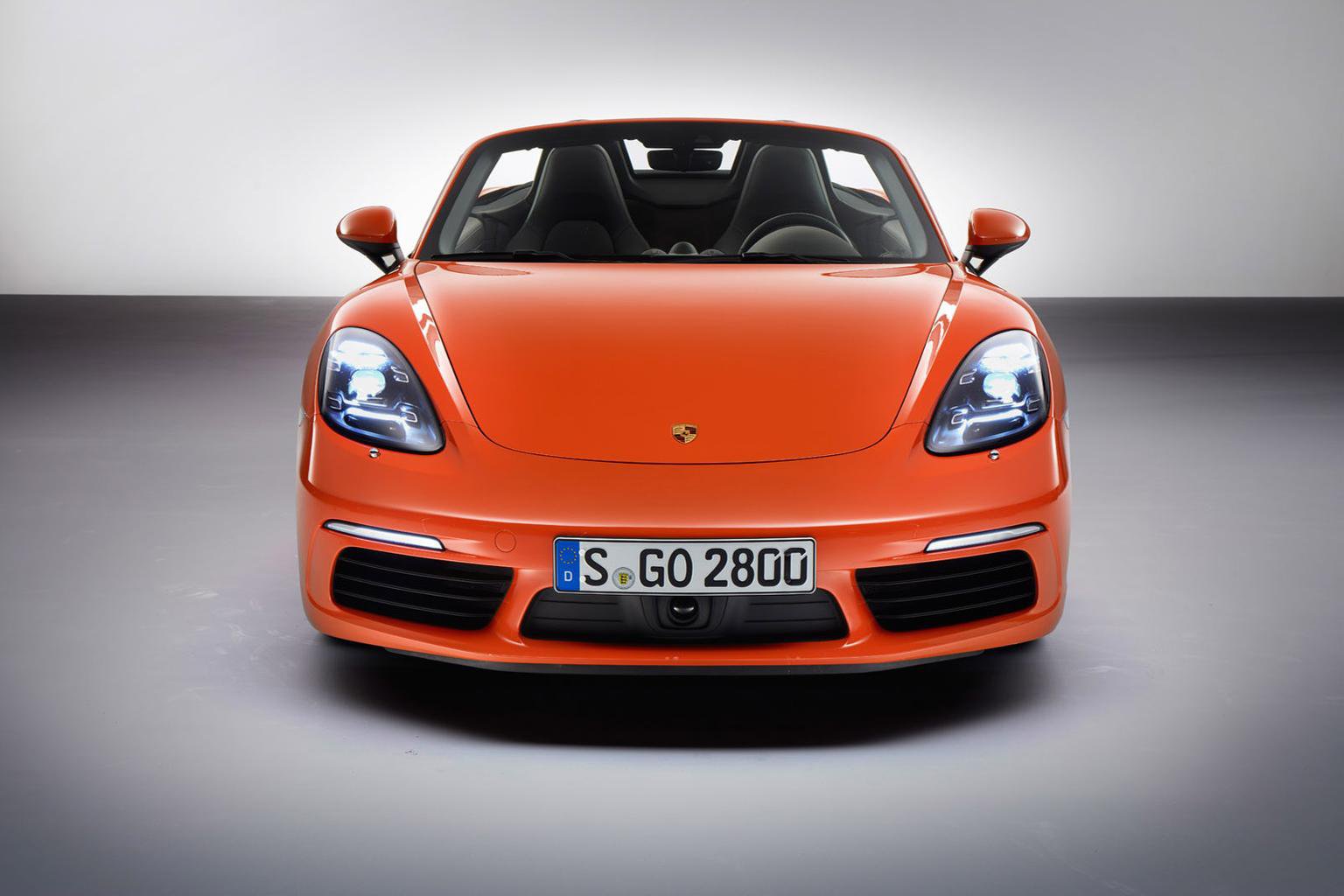 Porsche's Boxster has received styling and mechanical upgrades as part of its mid-life facelift, as well as a new name, the 718 Boxster.

Porsche has decided to bring back the 718 tag, which will appear on facelifted versions of the Boxster and Cayman sports cars.

As with the current model, buyers will be able to choose from the standard car and the more powerful 718 Boxster S. A hardcore 718 Boxster GTS model is planned to join the range next year.

Both the 718 Boxster and 718 Boxster S feature the same new four-cylinder turbocharged petrol engine. The standard car gets a 2.0-litre version, which produces 296bhp and 280lb ft of torque. The more powerful 718 Boxster S, meanwhile, gets a larger 2.5-litre version that produces 345bhp and 310lb ft.

The new engine will also be used in the 718 Cayman.

Both 718 Boxster models can be had with either a six-speed manual transmission or Porsche's optional seven-speed PDK dual-clutch unit.

Full specifications have yet to be announced, but Porsche says the car's chassis has been tuned to be sportier than before. There's also a revised steering system, which Porsche says is 10% more direct than the set-up in the current Boxster. Porsche Active Suspension Management system continues to be offered, and comes with a 10mm reduction in ride height.

The current Porsche Boxster has been very well received, and we recently named the Boxster our Sports Car of the Year at the What Car? Awards 2016.

Rivals for the current Porsche Boxster include the Mercedes-Benz E-Class Cabriolet and the Audi TT. The Alfa Romeo 4C Spider is also available, but it costs significantly more than the Boxster at £59,500.