There’s a lot to be excited about in the small electric car market with the arrival of all-new contenders from Citroën and Volkswagen, plus a new version of an old favourite from Kia...

Our 2019 Car of the Year is now available with a smaller, 39kWh battery. That certainly makes it cheaper, but is it still a good package?

The first Volkswagen to be designed as an all-electric vehicle from the ground up promises the best battery range and performance here.

Now let’s modify it slightly: “Don’t think of a pink Volkswagen”. Ten to one you’re thinking of a pink Beetle or Golf? Those are, let’s face it, much more prolific than elephants, pink or otherwise, and by far the most widely known ‘vee dubs’. But the bigwigs at Volkswagen will be tickled pink if you come to think of the ID.3 among that hallowed group.

This new Golf-sized hatchback is yours for around £30,000 (after the Government’s £3000 grant is applied) in Pro Performance Life spec; that’s entry-level trim and a battery with a usable capacity of 58kWh. As the first Volkswagen to be designed as an electric car from the ground up, it’s a very big deal indeed. 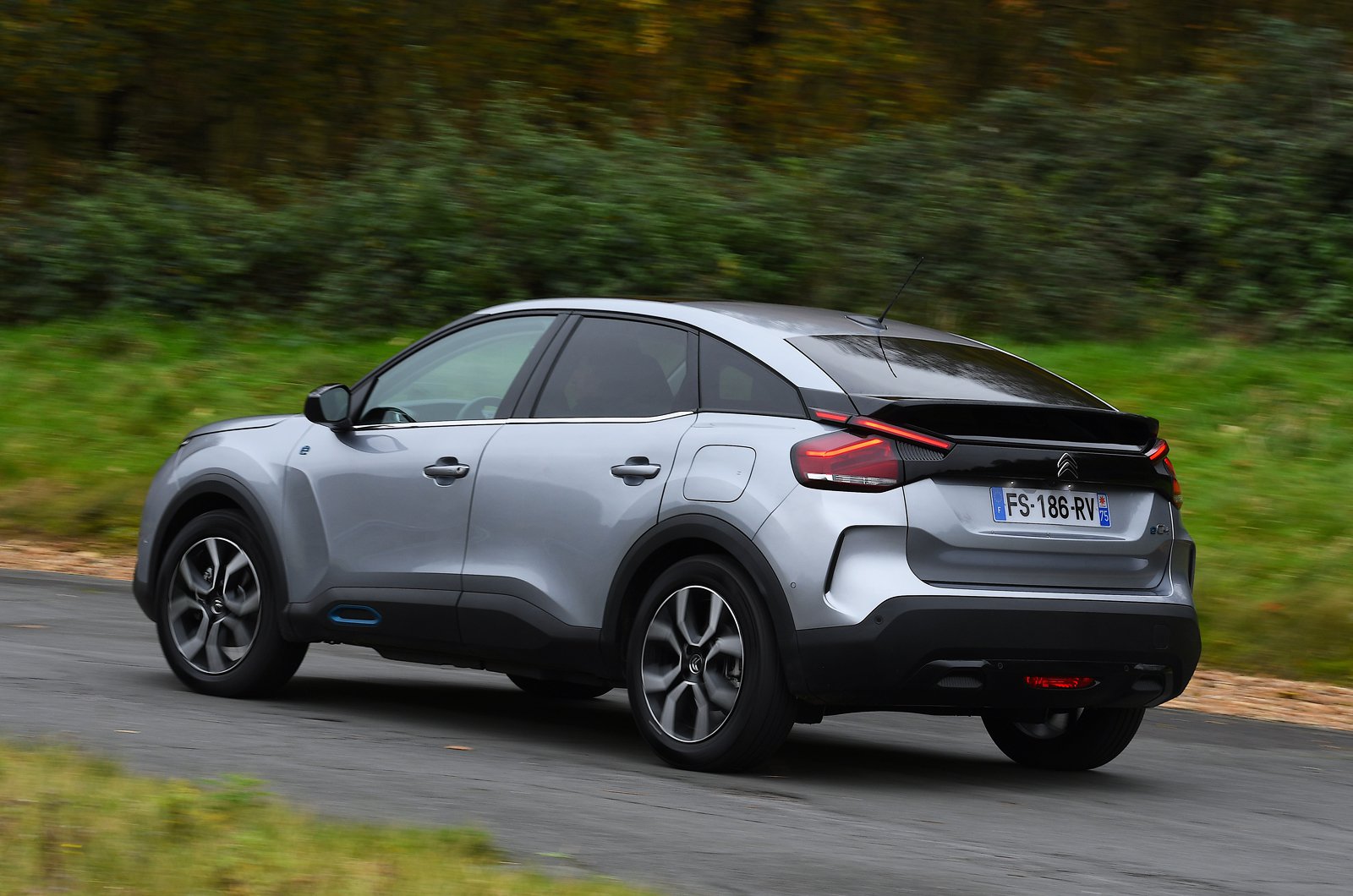 But, for that money, what about the equally fresh-faced Citroën e-C4? Citroën focuses on value for money, and, for around £30k, you can have the e-C4 in mid-level Shine trim, albeit with a smaller, 45kWh (usable) battery. The e-C4 is a similar size to the ID.3 but perhaps even trendier, with hints of coupé SUV in its design.

Then there’s the Kia e-Niro. This previous What Car? Car of the Year is a traditional-looking SUV, rather than the sleek coupé variety, and recently proved that it’s still on top form by winning a group test against the newer Peugeot e-2008. But that was a top-spec model with a big, 64kWh battery and is too expensive to include here. 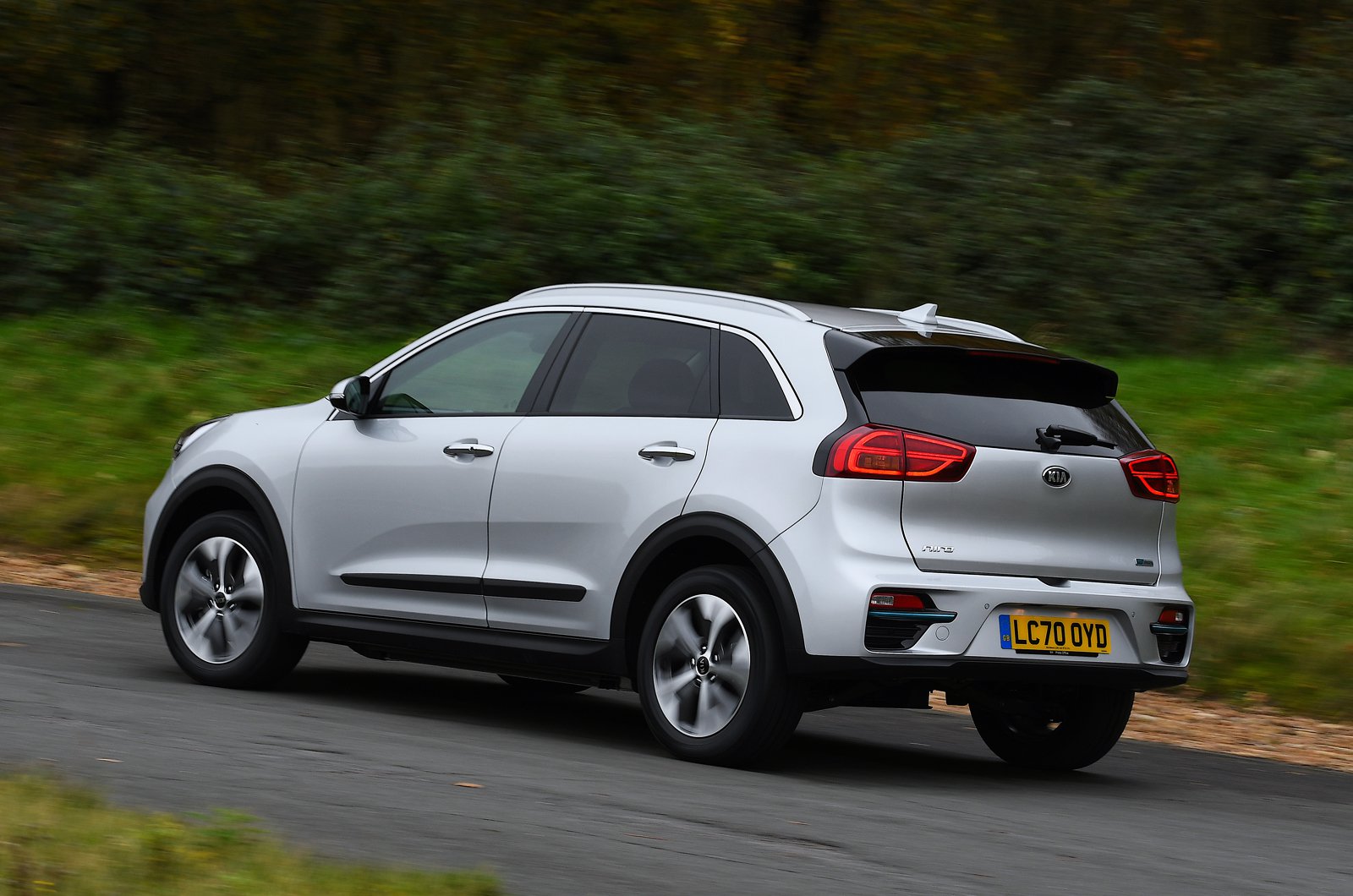 The ID.3 proves that an electric family car need not be sluggish; indeed, it sprints from 0-60mph in 6.6sec. That’s the kind of pace that’ll get your gran going giddy if she’s not accustomed to such bursts of speed. More importantly, though, it’ll whizz you easily past slower-moving traffic.

The e-Niro isn’t as quick, posting a time of 8.2sec in our tests, but that’s nippier than many equivalent petrol cars. And, like the ID.3, it picks up and surges forwards instantly when you prod the accelerator pedal.

By comparison, the e-C4 is pedestrian. The dash from 0-60mph takes 9.0sec and it’s the least energetic on faster roads, taking the longest to accelerate from 50-70mph. 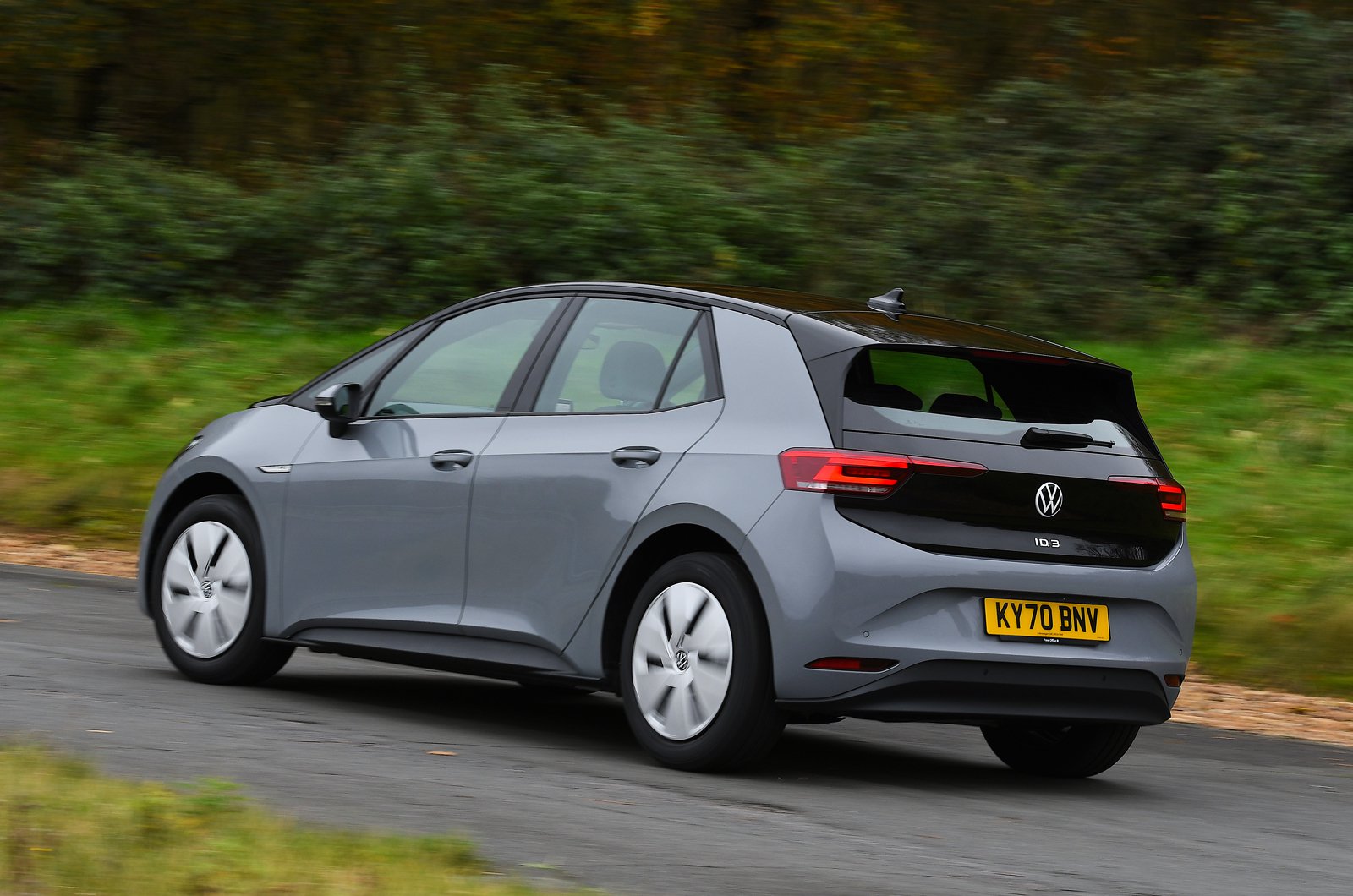 So, it isn’t the sprinter of the group, but nor is it the best over long distances. Officially, it’ll do 217 miles on a full charge, but in our efficiency tests (carried out with all three cars together on a private track in cool autumnal weather) it managed a modest 139 miles on a full battery.

The e-Niro was only just ahead on 140 miles, but then it does have the smallest battery, and its result was a lot closer to its official 180-mile range. However, the ID.3 was the clear winner; it managed 197 miles, compared with its official range of 263 miles.

All three cars come to a halt similarly quickly in an emergency stop, but in normal driving the ID.3’s brakes are the most unpredictable. A firm brake pedal initially makes them seem reassuring, but the amount of pressure you apply with your right foot doesn’t always correlate with the stopping power that’s delivered, so the rate at which you stop can vary. 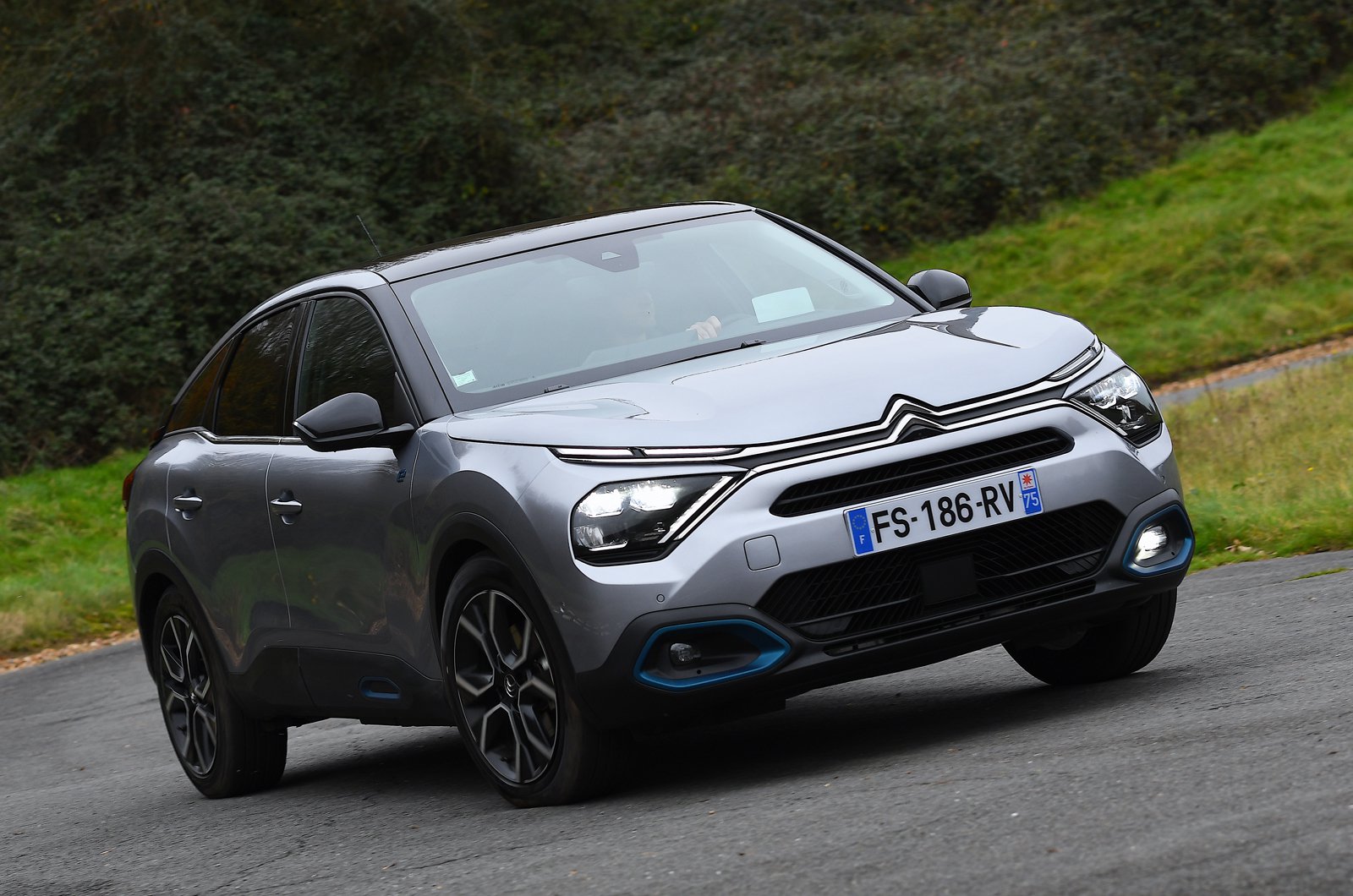 It’s all to do with its regenerative braking system; all of these cars use this technology to recover energy as you slow down, and the effect increases as you squeeze the brake pedal. But software is left to decide exactly when and how much extra regenerative force is applied.

Conversely, the e-C4 has a soft brake pedal that can make stopping smoothly a bit tricky, but its brakes are more consistent once you learn how much pressure to apply. The e-Niro, meanwhile, has the best setup. You don’t really think about its brakes; they just work the way you expect them to.

At 70mph, wind noise in the ID.3 is a steady flutter instead of the more intrusive gusting that you hear in both rivals. However, it’s still the loudest on motorways due to the rumble transmitted by its tyres over coarse surfaces and the boom from its suspension over bumps. The e-Niro isn’t much better for road noise, to be fair, but the e-C4 is – considerably. It’s by far the quietest cruiser as a result. 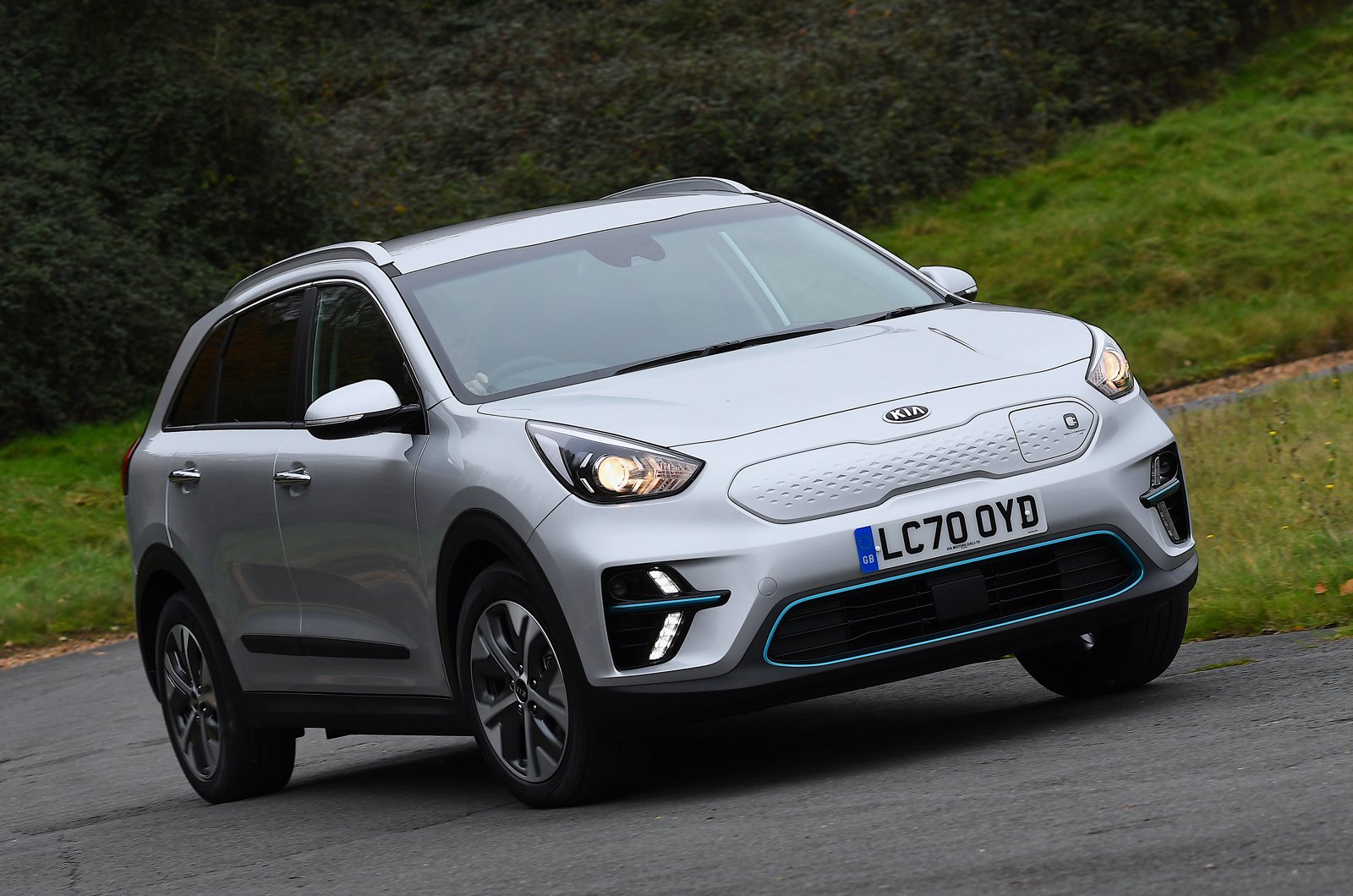 And if you like a cosseting ride, the e-C4 gets nearest to that description. It’s the softest by quite a margin, making it the most settled over minor imperfections while cushioning you the best over bigger ruts – although really sharp edges can elicit a loud twang from the suspension. Because it’s softer, there’s also more vertical body bounce than there is in the others along uneven country roads.

The ID.3 is the opposite; it’s resolutely controlled, stamping out the aftershock of bumps almost immediately. That means far less swaying and bouncing around than in the e-C4 but harsher initial impacts and a more fidgety ride on the motorway, as the car’s body tries to follow every contour on the road.

Oddly, the e-Niro is neither as controlled as the ID.3 nor as absorbent as the e-C4 and is the least comfortable as a result. We say ‘oddly’, because the more expensive 64kWh version – with its larger, heavier battery – is noticeably better tied down and more settled at all speeds. 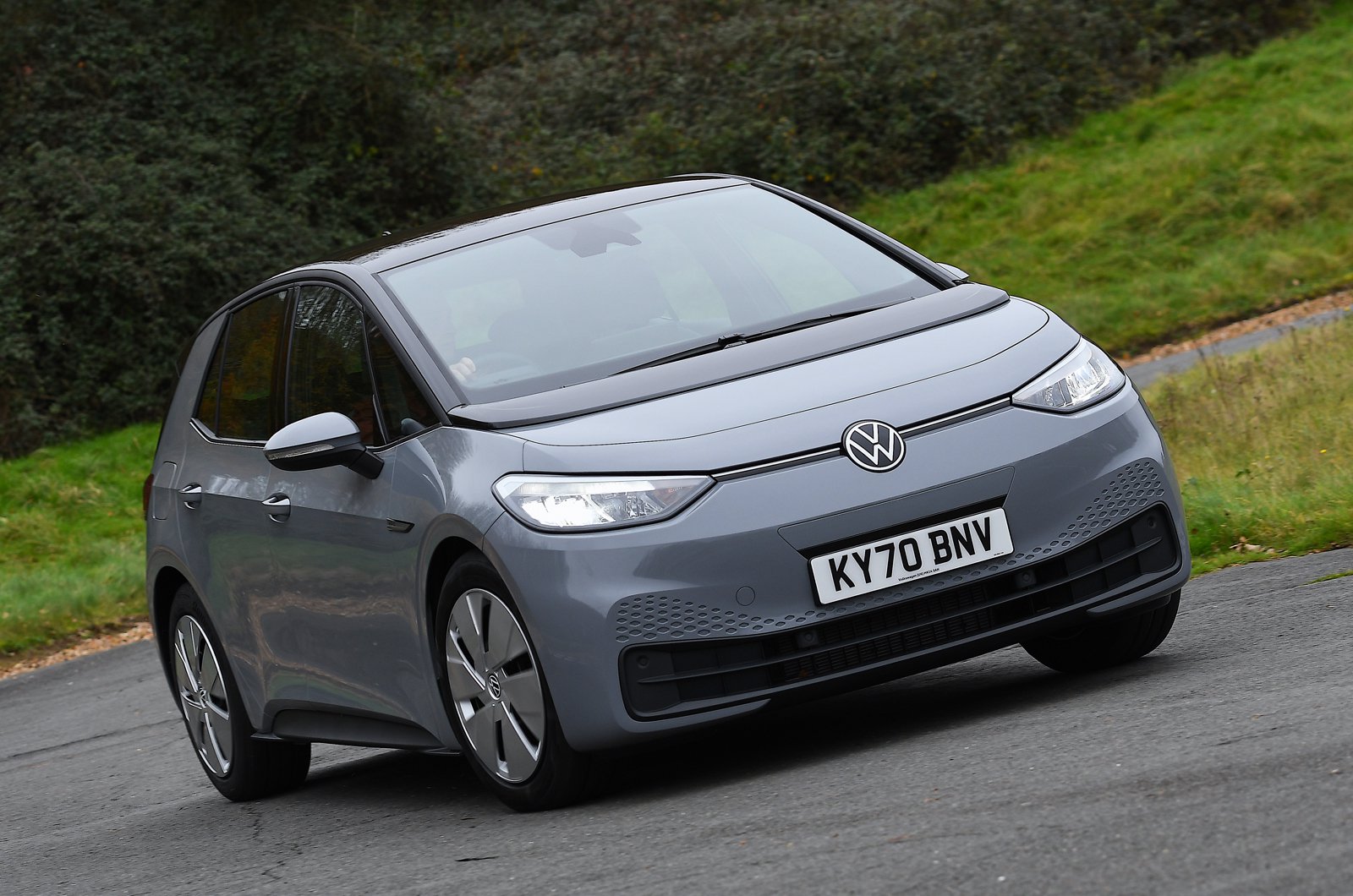 The 64kWh model is also a little more composed through corners, making us wonder whether Kia has invested enough time setting up this lighter model. The steering is quick but feels as though it’s unnaturally resisting your inputs and trying to return to centre. There’s a reasonable amount of grip and not too much body lean, but no fun to be had.

The ID.3 is good fun by electric car standards. Its steering is accurate and gives you a good impression of the rising cornering forces and the grip available. What's more, because the body is so tightly controlled, it leans the least in bends and feels the most agile.

And the e-C4? Well, that seemingly couldn’t care less about feeling sporty. It’s soft and sways around the most, but its steering is faithful enough to let you direct the car with confidence. If all you want is something easy to drive, it’s just fine.

How to spec a Volkswagen ID.3